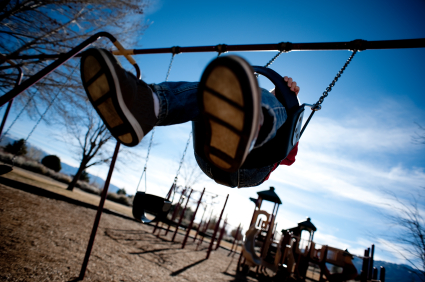 One afternoon in Ithaca, N.Y., my kids were playing on the swing sets in the park when a little tike wearing a football jersey ran into my daughter’s path. I lunged for the swing — I jerked the chain so abruptly that I feared whiplash — and shared a “wow, that was close” exchange with the kid’s mom.

“How old is he?” I asked. The lady looked at me with no trace of irony as she placed her kid on the swing and said, “His name is Jill, and she’s three.”

As I tried to match the pronouns and antecedents, she explained that she belonged to a group of parents who rebelled against gender stereotypes, allowing their children to decide their genders after they’d been exposed to both options. I’d learned of this in a philosophy class at NYU. My professor argued that children are born with “sex” but taught “gender.” They claimed children unwittingly learn certain gender signifiers that dictate their behavior. Little boys, they claim, don’t naturally want to play with trucks, and little girls aren’t naturally drawn to dolls, if unsullied by eager parents who try to indoctrinate their children with heterosexist ideas about “gender.” According to my professor, gender roles cause people to live according to the very limited ideas of others. The ultimate goal, of course, is androgyny, where no differences between males and females exist.

“I’m going to raise her as gender-neutrally as possible and let him decide which gender she prefers at the age of eight.”  (Oh, eight . . . that’s when my son dug up our yard one square foot at a time, because he was convinced he’d find buried treasure.)

Read the rest here, if you can stomach it.

September 7, 2011 Depravity Watch
Recent Comments
2 Comments | Leave a Comment
"and what makes this even better is that the two girls are sisters http://www.huffingtonpost.c..."
d Black activists cried "racism" over this ..."
"It's heart wrenching to hear about this. Our country is getting more vile and depraved ..."
BlackSun Syndicate Target proudly welcomes men to use ..."
"a wolf dressed as a sheep is still a wolf - if u have a ..."
Aussie In Austin Target proudly welcomes men to use ..."
"I am picturing a little turd in pajamas sipping coffee."
Cantbelieveyouthinkthis Los Angeles Craigslist ad somehow captures ..."
Browse Our Archives
get the latest from
Politics Red
Sign up for our newsletter
POPULAR AT PATHEOS Politics Red
1