The “Social Justice” of Abortion?

An abortion is the intentional killing of an unborn child inside (or partially inside) the womb.

Social justice is . . . what exactly?

Again and again I see young social justice-focused evangelicals abandoning any effective voice for the unborn for the sake of an ephemeral, culturally-fashionable concept that as a practical matter means little more than advocating a utopian ideal through a grab-bag of banal, functionally socialist policies.  Moreover, the embrace of social justice often drives them into the arms of a political party and political movements that are dedicated to protecting and even subsidizing the “right” to kill children on a vast, industrial scale. 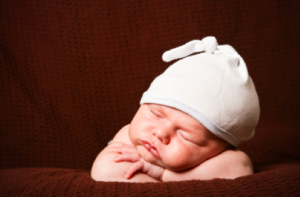 Social justice must be virtuous indeed to be worth such a high cost.  So, what is it?

Well, it turns out that to many on the Left, legalized abortion is an indispensable aspect of social justice.  Is that the social justice evangelicals are fighting for?

But that’s not really what the more serious “social justice” Christians seek.  It’s not merely a set of outcomes — then we’d all be on the same side — but rather a set of policy choices (almost always leftist or socialist in orientation) that are designed to achieve those outcomes.

Let’s take the environment.  Social justice Christians just adore the environment.  (Don’t we all?)  They want us to be good stewards of creation (who can disagree with that?) and as a result decry dependence on fossil fuels and tend to embrace the full agenda of the environmentalist Left — carbon taxes, cap and trade, emissions caps, etc. etc. etc.

Social justice Christians hate poverty.  (Don’t we all?)  They want us to care of the “least of these” (who can disagree with that?) and as a result seek greater economic development not just in the poorest parts of our own country but also in the developing world.  During my time in the Third World, I’m always struck by the extreme lack of infrastructure . . . families walk miles and miles to visit a single, tiny hospital that services hundreds of thousands, precious few roads cut through even densely populated land, without water treatment plants, schools, transportation, people are trapped on subsistence farms, living at the mercy of capricious weather and dangerous diseases.  Rectifying this requires development, which means . . . uh oh.  Cars.  Buildings.  Industry.  Trucks.  Emissions!

Social justice Christians hate oppression.  (Don’t we all?)  They want to end sex trafficking, the oppression of women, and tyranny of all kinds (who can disagree with that?)  Two of the most tyrannical regimes on Earth as of 2001 were Saddam Hussein’s Iraq and Mullah Omar’s Afghanistan — regimes that were collectively responsible for more than a million deaths and subjected their people to the most grotesque forms of violent repression.  Those regimes no longer exist, and the regimes that replaced them — while hardly perfect — are now among the most socially enlightened in the region.  Much to the delight of social justice Christians, right?

I could go on and on and on.  The point here is simple: in exchange for adopting fashionable leftist policies that at worst actually harm the people they’re trying to help and at best represent debatably-effective solutions to complex and intractable problems, the social justice Christian Left has thrown under the bus the most vulnerable citizens of this (or any) culture — unborn children.  Because, you see, if you’re truly effective and outspoken in your opposition to abortion, then you’re just a “culture warrior.”  And God knows, you don’t want to be one of those.

So, please, let’s drop the false moral pretense of “social justice.”  You’re not fooling anyone.  You’re a leftist seeking leftist solutions to known cultural problems, and in so doing you’ve elected to side with those who seek the legal right to intentionally kill children.  Oh, you may claim to be pro life even as you work diligently to maintain and increase the power of those individuals and institutions that advance and protect our abortion regime, but you’ve made your choice in the real world.

An Open Letter to “Post-Partisan” Evangelicals

The Moral Primacy of the Abortion Debate

June 12, 2012
How to Make the Perfect Scrambled Eggs
Next Post