Can the “Mormon Way” Beat the “Chicago Way”? 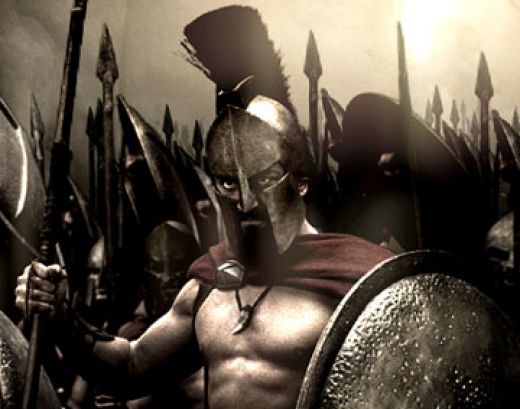 “Why haven’t you converted to Mormonism yet, Dave,” my LDS friend asked me just as Nancy and I launched Evangelicals for Mitt, “We’re the Spartans of American religious institutions . . . We’re overflowing with highly patriotic and dedicated people, [and] the church was born, raised, and put through the refiner’s fire right here on American soil.” He went on to extol the unique combination of toughness and decency that characterized his own faith experience.  I’ve thought of his words in recent days as Mitt has faced the early-campaign version of the Obama onslaught, what NRO’s Michael Walsh consistently calls the “Chicago Way.”  The best definition of this “Chicago Way” is embedded here:

In short, the Chicago Way is ruthless, it escalates, and it ends when your opponent is in the (metaphorical, in this case) morgue.

That’s not Mitt’s way. But that’s doesn’t mean Mitt is going to lose. I’d suggest that Mitt has a better way, a way that will not only bring victory, but victory with greater dignity and a better opportunity to govern a divided country. We’ll call Mitt’s way the “Mormon Way.”

News flash: Mitt Romney is a Mormon — as was his father, his grandfather, and his father before him. The ethos and culture of the LDS church is part of him more even than the political culture of Chicago is part of President Obama, and that’s a good thing for this campaign and this country — a very good thing. Mitt’s way has unfolded before us over the last six years — when he began his quest for the presidency at roughly 1 percent in name recognition — and has progressed to today, where he stands in a dead heat with “The One,” the “Lightworker,” and the incumbent President of the United States.  What is Mitt’s way?  I’d suggest four key elements:

1. Discipline.  Throughout the twists and turns of the primary season, I can’t count the number of times I was told, “Mitt’s done.”  Or “Mitt’s done if he doesn’t change course.”  But he had a plan — to focus on the economy, run primarily an anti-Obama campaign, and focus on his opponents only when they presented a true threat.  And so we saw challenger after challenger come and go, from Rick Perry to Herman Cain to Newt Gingrich to Rick Santorum to Newt again and finally to Santorum again.  Rather than panic, Mitt was disciplined, stuck to his plan, stayed on message, avoided major gaffes (though there were certainly awkward moments) and ran well both from the front (New Hampshire) and from behind (Florida).  In other words, he executed disciplined, effective plans in response to the challenges of the moment.  That’s not to say that things went smoothly (nothing in the rough and tumble of politics is ever truly “smooth”), but his disciplined style blunted his opponents’ attacks, gave voters confidence, and helped carry him to the nomination.

2. Perseverance.  Those who didn’t follow the primaries closely forget how many times Mitt came from behind to win key primaries.  He was behind Gingrich in Iowa and ended in a dead heat with Santorum.  He was well behind Gingrich in Florida then won decisively.  He was behind Santorum in Michigan, Ohio, and Wisconsin yet pulled out victories in each of those key Midwestern states.  While discipline is critical to perseverance, true perseverance requires results — an ability to respond to the challenge of the moment and ultimately prevail.  Perseverance should be a key quality for all Christians, but it is a core part of the relatively recent DNA of the LDS church.  After all, any church that goes from an “extermination order” in 1838 to the fourth largest religious group in America by 2012 (with a flight across the wilderness sandwiched in between) possesses considerable perseverance.

3. Toughness.  Notice a theme here?  Each of the first three characteristics are classic requirements to triumph over adversity, and if the primaries taught us anything, it’s that Mitt can get tough when he needs to.  Remember sending friendly members of Congress to hound Newt Gingrich across Florida?  Remember the avalanche of attack ads that buried Santorum in Michigan and Ohio?  But it’s not just toughness on the attack that’s critical, it’s toughness when attacked.  And make no mistake, Mitt Romney is being attacked and will be attacked.  If Obama is playing the felony card by July, what’s in store for September and October?  Once again, toughness is in the LDS church’s DNA — inculcated and perpetuated by a relatively extreme missionary experience (far tougher than missions experiences for 99 percent of Protestants) that prepares LDS members for a life of self-sacrifice.

4.  Good cheer.  “I may not agree with Mormonism, but they’re great folks, very nice.”  How many times have you heard this statement.  Good cheer has become a hallmark of the LDS church, and it’s such a part of Mitt’s personality that he’s often mocked for it.  Unironic, non-profane good cheer is may be no longer cool or hip, but it’s one thing that sets Mitt apart from the extreme self-serious of Barack Obama and may ultimately enable the connection Mitt needs to make with the American people.

We’re only about 50 flips in the news cycle from the election — complete with talking heads braying day by day that Mitt is “losing it” or “off balance” or “finally hitting his stride” or “knocking Obama on his heels” depending on the conventional wisdom of the last nine seconds. But it strikes me that Mitt’s combination of discipline, perseverance, toughness, and — critically — good cheer are exactly the qualities needed to turn back the relentless and ever-escalating attacks that characterize the “Chicago Way.”  In other words, if Mitt stays on message, delivers the same kind of devastating counterpunches he delivered in the primaries, and does it without losing his essential and obvious decency, he’ll be far more effective than if he fought fire with fire.

In the battle between the vicious worldliness of the Chicago Way versus the tough winsomeness of the LDS culture, I’ll take the LDS every time.

July 17, 2012 Dave Ramsey's New Financial Peace University: What Will It Take to Get Your Family Financially Right Again?
Recent Comments
1 Comment | Leave a Comment
Browse Our Archives
Follow Us!