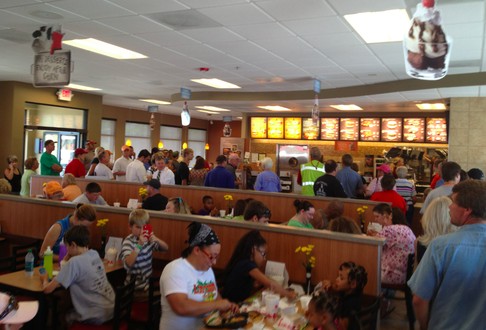 Let me make one thing clear: I love free speech.  I love free speech so much that I want to marry it (and in Massachusetts, I can!)  I’ve spent the majority of my legal career defending the First Amendment, I’ve written books about free speech, and I’ve represented free speech clients from across the political and religious spectrum.  I firmly believe the best response to bad speech is better speech, and for the Christian free speech is a fantastic cultural deal.  If we truly believe that our speech is empowered by the Holy Spirit of the Living God, then we have no need of government favoritism or censorship of opposing ideas.

The threats by the mayors of Boston, Chicago, and San Francisco to exclude Chick-fil-a from their respective cities were shocking but empty.  Had the cities actually acted on their threats, and had Chick-fil-a challenged the cities in court, Chick-fil-a not only would have won immediately (and before virtually any judge appointed by any president), it’s likely the store would have been awarded attorneys’ fees and punitive damages.  The legal threat was so clear, so immediate, and so extreme, that it brought condemnation across the political spectrum, and most of the mayors have since backed down — publicly and quickly.

The cultural threat, however, remains.  To be clear, I’m not talking about clear and forceful critiques or even angry arguments.  Instead, I’m talking about the grayer areas of economic reprisals, shout-downs, borderline threats, and other intimidation tactics.  In the aftermath of California’s Prop 8 vote, financial supporters (who had to publicly identify themselves under mandatory disclosure rules) were subjected not only to death threats and other clearly unlawful intimidation tactics, but also things like protest mobs screaming “shame on you” to customers as part of an effort to close a business, campaigns to get employees fired, and other tactics designed specifically to make a person suffer for their speech.

This is not a new problem, and it’s one the Supreme Court has taken steps to address by protecting — in some circumstances — anonymous speech and participation in public debate.  In NAACP v. Alabama, the Court allowed the NAACP to keep its membership and supporters lists confidential because of the very real fear of “economic reprisal, loss of employment, [and] threat of physical coercion.”  (Sadly, the Obama administration has attempted to undermine this critical, culture-protecting ruling by using the IRS to try to determine the names not just of Tea Party donors but of employees and even volunteers, but that’s a topic for another day).  The Court recognized a simple truth: If the price of public participation is the loss of your job, fear for your physical safety, or an inability to participate in the economic life of the country, then people will tend to stay silent.

And that’s why I’m deeply ambivalent about boycotts and generally don’t participate.  I will urge a company to change its policies, blog about their practices, and maybe casually drive down the road to Wal-Mart rather than walk by a Lady Gaga display at Office Depot, but our culture works better when companies stand or fall on the strength of their products rather than the correctness of their politics.  After all, how many of us when we “boycott” know all the relevant facts?  Maybe the manager at Wal-Mart sponsors eight kids through World Vision while the owner of the “fair trade” coffee shop beats his wife.  My rule is simple:  Build a good computer, and I’ll buy it.  Brew a good cup of coffee, and I’ll drink it.  Support Obama, and I’ll blog it.

My friends know me as a cultural pessimist (I’m thinking of adopting the motto of House Stark: “Winter is Coming“), but yesterday I was delighted by the turnout at Chick-fil-a around the country and proud of my conservative, Christian, and independent-minded fellow citizens who showed up en masse to declare that bullies can’t win, speech is still free, and waffle fries are always tasty.

August 1, 2012
Scenes from a Chick-fil-A in Columbia, Tennessee
Next Post

August 3, 2012 Exec Bullies Chick-Fil-A Worker, Then Promptly Gets Fired For It
Recent Comments
0 | Leave a Comment
"and what makes this even better is that the two girls are sisters http://www.huffingtonpost.c..."
d Black activists cried "racism" over this ..."
"It's heart wrenching to hear about this. Our country is getting more vile and depraved ..."
BlackSun Syndicate Target proudly welcomes men to use ..."
"a wolf dressed as a sheep is still a wolf - if u have a ..."
Aussie In Austin Target proudly welcomes men to use ..."
"I am picturing a little turd in pajamas sipping coffee."
Cantbelieveyouthinkthis Los Angeles Craigslist ad somehow captures ..."
Browse Our Archives
Related posts from The French Revolution 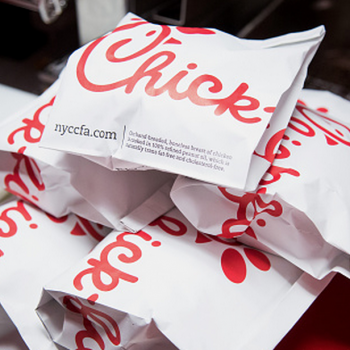 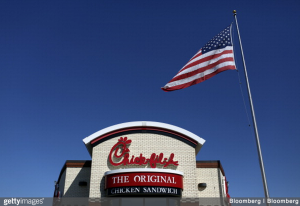 Politics Red
Chick-fil-A opens on a Sunday for a very...
The French Revolution
TRENDING AT PATHEOS Politics Red