Houston, We Have a Dependency Problem 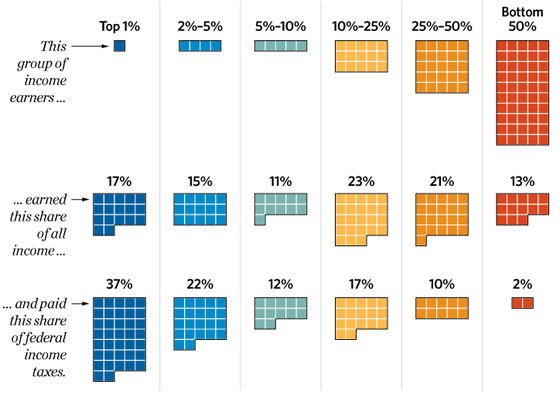 America has a dependency problem, and no amount of outrage at Mitt Romney’s alleged gaffe can change that fact.  This dependency problem is creating a self-reinforcing loop of fiscal, political, and even moral irresponsibility that is being magnified by the hysterical media response to Mitt’s statements.  First, even the most ardent Mitt supporter has to admit (as Mitt has, by the way) that his original phrasing was “inelegant” — in large part because it conflated two separate (but related) problems: A large percentage of Americans contribute far less than their “fair share” in taxes, while — at the same time — many millions of Americans are becoming dependent on government and captured by an entitlement mentality.  But obviously not everyone who doesn’t pay taxes isn’t contributing their fair share (soldiers in a combat zone, for example, pay no income tax), and not everyone who is currently dependent on government has an entitlement mentality.  At the same time, however, both phenomena work together to create an existential risk to the future of America as we know it.

The fiscal challenge:  Virtually every sentient American knows that our growth in entitlement spending is unsustainable.  As Nicholas Eberstadt detailed in the August 31 Wall Street Journal:

The growth of entitlement payments over the past half-century has been breathtaking. In 1960, U.S. government transfers to individuals totaled about $24 billion in current dollars, according to the Bureau of Economic Analysis. By 2010 that total was almost 100 times as large. Even after adjusting for inflation and population growth, entitlement transfers to individuals have grown 727% over the past half-century, rising at an average rate of about 4% a year.

In 2010 alone, government at all levels oversaw a transfer of over $2.2 trillion in money, goods and services. The burden of these entitlements came to slightly more than $7,200 for every person in America. Scaled against a notional family of four, the average entitlements burden for that year alone approached $29,000.

But less well known is the extent to which treating the richest 5% of Americans as ATMs to pay for the entitlements for the rest of America (middle class and poor alike)  is fiscally unsustainable.  Highly progressive tax structures can be extraordinarily volatile.  Let’s look at the examples of our most “progressive” states.  Again, here’s the Wall Street Journal (this time from Robert Frank):

The working class may be taking a beating from spending cuts used to close a cavernous deficit, Mr. Williams said, but the root of California’s woes is its reliance on taxing the wealthy.

Nearly half of California’s income taxes before the recession came from the top 1% of earners: households that took in more than $490,000 a year. High earners, it turns out, have especially volatile incomes—their earnings fell by more than twice as much as the rest of the population’s during the recession. When they crashed, they took California’s finances down with them.

New York, New Jersey, Connecticut and Illinois—states that are the most heavily reliant on the taxes of the wealthy—are now among those with the biggest budget holes. A large population of rich residents was a blessing during the boom, showering states with billions in tax revenue. But it became a curse as their incomes collapsed with financial markets.

As they’ve grown, the incomes of the wealthy have become more unstable. Between 2007 and 2008, the incomes of the top-earning 1% fell 16%, compared to a decline of 4% for U.S. earners as a whole, according to the IRS. Because today’s highest salaries are usually linked to financial markets—through stock-based pay or investments—they are more prone to sudden shocks.

In other words, our entitlement commitments are soaring even as our tax base is becoming more volatile.  Broadening and flattening the tax base isn’t a mere matter of “fairness” but of fiscal stability.  A hidden reality of the Obama deficits is that they’re not merely due to increased spending (though he did increase spending), but they’re also due to decreasing federal revenue — a natural consequence of relying so heavily on the wealthiest taxpayers.

The political challenge:  While Mitt obviously exaggerated the extent to which net government beneficiaries and those who don’t pay income taxes are opposed to him (it’s hardly unanimous), a fundamental political reality remains: beneficiaries are loyal to their political benefactors.  The senior vote is only in play because both parties work overtime to pledge to preserve, protect, and defend Social Security and Medicare.  At the same time, lower middle-class and poor voters (those most dependent on direct government assistance) have voted increasingly Democratic over the last three elections cycles — 52% for Gore, 55% for Kerry, and 60% for Obama.  In fact, but for the votes of those making less than $50,000, John McCain would have tied Barack Obama in the popular vote.

Social Security and Medicare  together demonstrate the incredible power of government benefits to adjust the parameters of public debate. We face trillion-dollar annual deficits, are considering significant cuts in discretionary spending, including defense spending (while at war, no less), yet there is not a single politically credible proposal on the table that would cut current Medicare or Social Security benefits.  Our fiscal structure is unsustainable, and the very political realities created by those fiscal structures renders reform less likely.

The moral challenge:  Here, for me, is the key point.  When we create a political and economic system where millions of Americans get something for nothing, and where — moreover — they are taught that something for nothing is their birthright as citizens, we damage our culture.  It’s hard to improve on Nicholas Eberstadt’s August 31 Wall Street Journal column, so I’ll quote at length.  Here is pre-entitlement American culture:

From the founding of our nation until quite recently, the U.S. and its citizens were regarded, at home and abroad, as exceptional in a number of deep and important respects. One of these was their fierce and principled independence, which informed not only the design of the political experiment that is the U.S. Constitution but also their approach to everyday affairs.

The proud self-reliance that struck Alexis de Tocqueville in his visit to the U.S. in the early 1830s extended to personal finances. The American “individualism” about which he wrote did not exclude social cooperation—the young nation was a hotbed of civic associations and voluntary organizations. But in an environment bursting with opportunity, American men and women viewed themselves as accountable for their own situation through their own achievements—a novel outlook at that time, markedly different from the prevailing attitudes of the Old World (or at least the Continent).

The U.S. is now on the verge of a symbolic threshold: the point at which more than half of all American households receive and accept transfer benefits from the government. From cradle to grave, a treasure chest of government-supplied benefits is there for the taking for every American citizen—and exercising one’s legal rights to these many blandishments is now part of the American way of life.

As Americans opt to reward themselves ever more lavishly with entitlement benefits, the question of how to pay for these government transfers inescapably comes to the fore. Citizens have become ever more broad-minded about the propriety of tapping new sources of finance for supporting their appetite for more entitlements. The taker mentality has thus ineluctably gravitated toward taking from a pool of citizens who can offer no resistance to such schemes: the unborn descendants of today’s entitlement-seeking population.

Let’s be clear, the demand that others — including future generations — pay for benefits everyone agrees we cannot now afford represents a grave moral problem.  Put simply, there is no virtue in that view, and it is light-years away from the view that fellow citizens should work together to help fellow citizens in need.  A charitable mindset is evidence of mutual civic obligations, while an entitlement mindset takes and takes while giving little or nothing in return.  Forty years of the War on Poverty — and trillions of dollars of direct transfer payments — have not only failed to solve the problem of poverty (the poverty rate is higher now than when the War on Poverty was fully implemented), it has created a culture of dependency that leaves our lowest-income Americans less and less upwardly-mobile.

Simply put, a culture of dependency is not good for the very “dependents” it seeks to serve.

So, where are we now?  The short-term political effect of Mitt’s comments is pretty clear: At the very least they’ve put him on the defensive during a week where the President’s entire foreign policy strategy in the Middle East is collapsing before our eyes.  The long-term effect remains to be seen, but if the comments can serve to catalyze the real debate — the debate about our fiscal, political, and moral responsibilities as America moves dangerously close to economic ruin — well then (to echo President Bush) bring it on.

September 19, 2012
The Gap Between Our Capabilities and Our Will
Next Post

September 21, 2012 CNN Claims "Jihad" Means "Self Improvement"
Recent Comments
0 | Leave a Comment
"and what makes this even better is that the two girls are sisters http://www.huffingtonpost.c..."
d Black activists cried "racism" over this ..."
"It's heart wrenching to hear about this. Our country is getting more vile and depraved ..."
BlackSun Syndicate Target proudly welcomes men to use ..."
"a wolf dressed as a sheep is still a wolf - if u have a ..."
Aussie In Austin Target proudly welcomes men to use ..."
"I am picturing a little turd in pajamas sipping coffee."
Cantbelieveyouthinkthis Los Angeles Craigslist ad somehow captures ..."
Browse Our Archives
Related posts from The French Revolution