If you had told me the day before the election that Mitt Romney would win independents by five, convincingly win among all voters making more than $50,000 per year, and that evangelicals would vote for Mitt by wider margins than they did for even George W. Bush, I would have assumed he’d be on the path to victory.  He wasn’t.  As the messaging and tactical second-guessing begins (and it began even before Fox made its Ohio call Tuesday night), we have to be clear-eyed about our challenge:  To tens of millions of American voters, a conservative message of self-reliance and individual economic freedom is, quite frankly, terrifying.

First, each of Obama’s core constituencies (single women, African-Americans, and Latinos) is seriously — and disproportionately — economically disadvantaged compared to the classic paradigm of the white, college-educated Republican voter. The rates of poverty and near-poverty among these groups are much greater, thus causing a critical mass of both populations to suffer — even if they’re technically middle class — from a greater degree of economic insecurity. Even as Mitt won the votes of those who make over $50,000 by nine points, Obama won those who make less by a whopping 22 points — enough to give him the victory.

Second, while classic identity-group issues like abortion, affirmative action, and immigration undoubtedly matter, conservatives are deluding themselves if they think they can simply take those issues off the table and then compete on equal terms for this slice of voters. In fact, economically insecure voters can even agree with conservatives on social issues yet will still consistently pull the lever for statist candidates. Ideologically and historically they are pre-disposed towards statism as the means of alleviating economic insecurity and distress. In other words, for the single mom, “Julia” is an appealing paradigm — because at least someone is taking care of her family. (If I hear one more time that Latinos are social conservatives ready to support Republicans if only we could pass comprehensive immigration reform, I might throw something).

Third, this statist outlook is relentlessly reinforced in a news and pop-culture bubble that conservatives simply aren’t penetrating. If you check out this chart (from Buzzfeed), you’ll note the obvious truth that not only do conservatives and liberals read different publications, but even “moderates” read disproportionately liberal publications (which is perhaps one reason why “moderates” are really less-liberal liberals and not less-conservative conservatives). Within this liberal bubble, it is simply conventional wisdom that conservatives not only don’t care about those less fortunate but that we will even promote human suffering if it means higher profit margins and more cash in our pockets. In other words, we can change our messaging on Fox News, talk radio, and even our primaries all we want, but it won’t make a dime’s bit of difference to this decisive economic constituency. We might laugh at Obama choosing the “Pimp With a Limp” and Us Weekly over Meet the Press, but he’s simply reaching more potential voters through those outlets.

To understand the scale of our communications and persuasion challenge, remember that Republicans have now lost five of the last six popular votes for president, with our last convincing wins occurring well before the advent of our vaunted new media — back when the MSM was the only game in town. Recent conservative “wave” elections have only occurred during off-years (1994 and 2010) when the electorate is tens of millions of voters smaller than it is in presidential years. Simply put, the larger the potential electorate, the worse we tend to do. You see this even in polls, where conservatives do worse with registered voters than likely voters and worse with adults than with registered voters.

What to do? We simply can’t retreat into our large but still-minority cocoon of new media and talk only to each other, working hard to get ever-larger numbers of our shrinking constituencies to the polls. Our cultural efforts have to be every bit as wide-ranging and persistent as those of the Left. Majority ideologies are built over generations, not overnight, and it means breaking the public-school monopoly, influencing public schools even while we work to diminish their influence, sending our best and brightest young writers and actors into the lion’s den of Hollywood, working to reform higher education and breaking the ideological hammerlock of the hard Left on faculties, and working hard — very hard — to tell the true story of conservative compassion for the “least of these,” a story featuring the efficiency and creativity of private philanthropy combined with Christ-centered love and concern for the individual.

We have the better message. Now we have to make sure our fellow citizens see it as empowering, not terrifying. 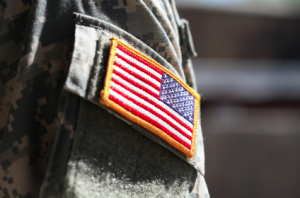 November 11, 2012 On Veteran's Day, Church Matters
Recent Comments
0 | Leave a Comment
"and what makes this even better is that the two girls are sisters http://www.huffingtonpost.c..."
d Black activists cried "racism" over this ..."
"It's heart wrenching to hear about this. Our country is getting more vile and depraved ..."
BlackSun Syndicate Target proudly welcomes men to use ..."
"a wolf dressed as a sheep is still a wolf - if u have a ..."
Aussie In Austin Target proudly welcomes men to use ..."
"I am picturing a little turd in pajamas sipping coffee."
Cantbelieveyouthinkthis Los Angeles Craigslist ad somehow captures ..."
Browse Our Archives
Related posts from The French Revolution