Is Brooks Brothers a “Republican Brand?”

This morning, I received my normal plethora of e-mail advertisements, but one from Brooks Brothers caught my eye.

In honor of Abraham Lincoln’s birthday, their e-mail told the story of how the company gave the 16th President – who was apparently a loyal customer — a coat with an intricate lining, including an embroidered eagle and the inscription: “One Country, One Destiny.”

Lincoln wore the Prince Albert coat, waistcoat, trousers, and black frock coat on his second inauguration, and was wearing it when he was  assassinated at Ford’s Theater two weeks later.  (The coat is a part of the Ford’s Theatre Museum collection.)

But on at least two occasions, the company’s brand has been used as a slur against conservatives.

When George H. W. Bush was running for president in 1980, he gave a speech at his alma mater, Yale University.  His talk was interrupted by a heckler who accused him of being a “Brooks Brothers Republican” – a short hand slur for being aloof and out-of-touch. Bush promptly opened his suit coat to reveal that his suit was actually by J. Press, which –ironically – is a more prestigious, old money New England store.

Later, when George W. Bush was battling against Al Gore for the Presidency during the hotly contested 2000 election, there was a now-legendary moment called the “Brooks Brothers Riot” at the Miami-Dade County polling headquarters. When the Miami canvassing board began examining almost 11,000 previously uncounted ballots, dozens of protesters began chanting, “Stop the fraud!”  When they tried to move the re-counting into a smaller, more private space, the rioters yelled, “Let us in!”  This was dubbed the “Brooks Brothers Riot,” because the protestors were well dressed – indicating they were Washington aids instead of genuine grassroots protestors.  When it was carried live on several news channels, it was a turning point in the recount battle.

So, is the Brooks Brothers clothing line slanted toward Republicans?  Not so fast.  The store claims to have outfitted 39 out of the 44 American Presidents, including Democrat Woodrow Wilson who wore Brooks Brothers during his inauguration. Also, according to a 1950 article by Lester David, “When Franklin D. Roosevelt met Churchill and Stalin at Yalta in 1945, the great Navy cape he wore on the 6,000-mile air-sea journey carried the Brooks label.” According to Off the Cuff, “John F. Kennedy single-handedly defined his generation’s look when he wore a Brooks Brothers two-button suit at his inauguration.  The slim cut and slim-lapelled two-button “Fitzgerald” suit, part of Brooks’ current lineup, pays homage to that Kennedy-era classic.”  Later, the more casual Bill Clinton wore a leather bomber jacket the day after his election as President in 1992.

But what about President Obama?

At least sartorially, he’s a conservative. During his first inauguration, he wore three items from Brooks Brothers: a black cashmere overcoat, a burgundy cashmere scarf, and black leather gloves.

Perhaps we should be encouraged this company is at least one thing upon which both Republicans and Democrats can still agree.

February 8, 2013
Marco Rubio: There's Only One Savior: #Jesus
Next Post

February 12, 2013 Man Who Killed Bin Laden: "Is This the Best Thing I've Ever Done, or the Worst Thing?"
Recent Comments
0 | Leave a Comment
"and what makes this even better is that the two girls are sisters http://www.huffingtonpost.c..."
d Black activists cried "racism" over this ..."
"It's heart wrenching to hear about this. Our country is getting more vile and depraved ..."
BlackSun Syndicate Target proudly welcomes men to use ..."
"a wolf dressed as a sheep is still a wolf - if u have a ..."
Aussie In Austin Target proudly welcomes men to use ..."
"I am picturing a little turd in pajamas sipping coffee."
Cantbelieveyouthinkthis Los Angeles Craigslist ad somehow captures ..."
Browse Our Archives
get the latest from
Politics Red
Sign up for our newsletter
POPULAR AT PATHEOS Politics Red
1 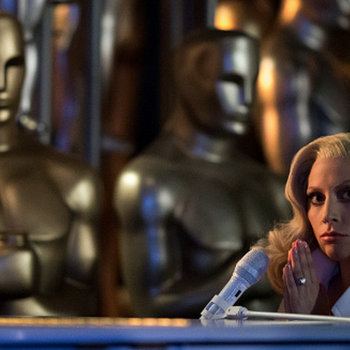