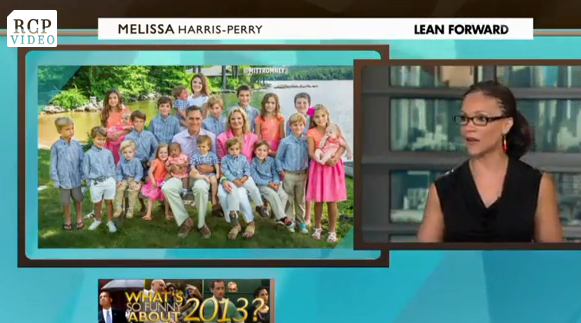 Every time MSNBC beclowns itself with absurd conservative hate, NRO should repost Charles C. W. Cooke’s excellent takedown, “MSNBC’s Alternative Universe.” The short answer for why incidents like this keep happening is that far lefties (heavily over-represented at MSNBC) really do believe the worst about conservatives. And I do mean the worst. It’s not that we’re just evil, because one can be an evil genius. We’re evil, stupid, hypocritical, have bad haircuts, kick puppies, and hate our grandmothers . . . unless our grandmothers are in the Klan.

It’s really not worth dwelling on the actual Romney adoption kerfuffle. Melissa Harris-Perry apologized, and the mockery will make no difference to the Romneys. They’re used to it.

What is more disturbing, however, is the far-left mindset that assaults transracial adoption, specifically adoption by white, conservative parents. This is not a new thing. In 1972 the National Association of Black Social Workers labeled white adoption of black children a form of “cultural genocide,” and this label had profound negative consequences for kids and families as states frowned upon mixed-race adoption. More recently, leftist journalist Kathryn Joyce launched a hateful-anti-(Christian)-adoption boomlet when she published The Child Catchers: Rescue, Trafficking, and the New Gospel of Adoption. Coverage and critical articles followed in the New York Times, NPR, The Nation, Salon, Mother Jones, Patheos, and elsewhere (Jonathan Merritt has a nice round-up here).

But some on the left don’t stop at mockery and public vilification. They get more direct and personal. As I’ve written about before (and my wife addressed rather defiantly), since we adopted our youngest daughter, we’ve received vicious personal messages, some delivered face-to-face. The theme is the same: We have no business raising our daughter, especially if we’re going to teach her our values. So far our daughter has no idea that’s happened, and while the viciousness is unpleasant, it’s nothing we can’t handle.

The next phase, however, could be different. If our daughter goes to a secular college (even, sadly, some Christian colleges) or chooses to live in more radical cultural enclaves, she’ll likely be exposed to people who will explicitly and intentionally try to turn her against us — provoking her to question everything about her life, including her own parents’ love. And they’ll do it while patting themselves on the back for their tolerance and racial understanding — believing we’re the racists simply because we disagree with their version of racial politics.

I have faith that such efforts — if they occur — will fail utterly, but in other families they sometimes succeed, and the Internet is littered with stories of family division and bitterness triggered by just this sort of ideological malice. All we can do is pray, love our daughter with our whole hearts, and battle vile identity-group ideology whenever — and wherever — it arises. 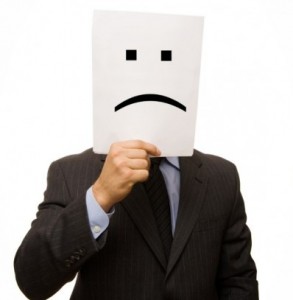 January 5, 2014 A Central Deception in the Obama Administration's Case Against the Little Sisters of the Poor
Recent Comments
0 | Leave a Comment
Browse Our Archives
get the latest from
Politics Red
Sign up for our newsletter
POPULAR AT PATHEOS Politics Red
1

Politics Red
The GOP has the most diverse Presidential primary...
The French Revolution