Why Parents Are So Afraid: The Overprotected Kid Syndrome

Why Parents Are So Afraid: The Overprotected Kid Syndrome April 21, 2014 David French 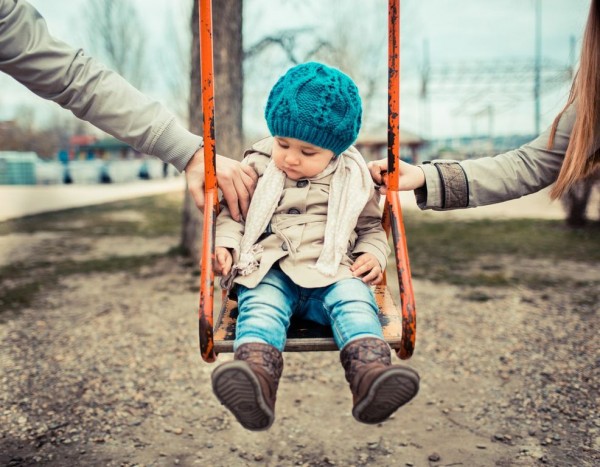 Last month Hanna Rosin penned a much-discussed article entitled “The Overprotected Kid,” lamenting how parents have worked mightily to strip virtually every perceived risk from childhood without actually making childhood that much safer. I suspect the main effect of the article has been to give worrying, fearful parents one more thing to be afraid about — whether they’re too fearful.

I read the article in light of many of our own important parenting decisions over the past several years. We’ve had our own questions about safety: How young is too young to fire a rifle? How young is too young to have a gun of your own? Do we take our elementary- and middle-school-age son and daughter to rural Ethiopia when we adopt their youngest sibling? In light of new information regarding concussion risks, do we steer our son away from football, toward football, or do we take our thumb off the scales entirely? How far in the neighborhood do we let the kids roam? And that of course leaves off all the questions and concerns raised about diet, entertainment, and the countless other issues raised in the course of parenting your kids. In short, like all parents, we think a lot about safety.

At the same time, however, we want to raise kids who will value others over themselves and who won’t be afraid to take risks as they follow God’s call on their lives. Our son expressed interest in joining the Army and becoming a sniper (he dressed up as Chris Kyle on a school “dress like your hero” day.) We want our son to grow to be the kind of man who would defend our nation’s liberty. Our oldest daughter has long said she wants to serve overseas as a missionary. We want our daughter to grow up to be the kind of woman who would share the Gospel and serve others even in the most difficult environments. (Our youngest daughter can’t decide if she wants to be Sofia the First or Doc McStuffins; we’re tabling any career discussions for now.)

This tug-of-war between our protective instincts and our desire to raise kids to be fearless and self-sacrificing is difficult enough, but it’s made much more difficult in an environment of declining faith. As our nation’s parents lose their eternal perspective (indeed, even the “faithful” are less likely to believe in Heaven and Hell), self-actualization trumps self-sacrifice, and the notion that we raise kids to follow God’s call — wherever that may lead — is more alien. I submit that my generation of parents has more fear not because we love our kids more but because we lack not just faith (after all, most of my peers believe in God), but the kind of faith that provides an urgent sense of eternal purpose.

Even worse, as Rosin points out, many of our fears are irrational. We waste our anxiety on nonsense. ”Stranger danger” is largely a myth, playgrounds with soft surfaces aren’t all that much safer than old-school concrete, and the elite focus on organic foods is basically a waste of time and money. But what is dangerous — to our culture, our churches, and our nation — is teaching our children that they’re the center of their own little universe and that nothing is more important than their own happiness and achievement. We don’t just teach by our words – we teach selfishness through our own actions. While it’s true that Millennials are less likely than other generations to believe in God and less likely to serve others, they are merely continuing and amplifying a multi-generational trend.

In other words, they’re simply learning (quite well) the lessons their parents taught them.

My faith teaches me that my kids are not called to live for themselves. My faith teaches me that they are in fact called to “take up their cross” in service to God. Any desire on my part to manipulate their childhoods so that they live joyful, pain-free, high-achieving lives isn’t sacrificial, giving parenting — it’s selfish, controlling parenting. It’s the kind of parenting that is most destructive to our child’s character.

But knowing that truth and living that truth are two separate things. And thus — like many millions of parents — I struggle to overcome the desire to make the wrong decisions each and every day. After all, what’s more satisfying than protecting the people you love the most?

May 7, 2014 SixSeeds, Gordon College, and Patricia Heaton Honor Mike Flaherty, "One of the Most Compelling Figures in Hollywood"
Recent Comments
3 Comments | Leave a Comment
Browse Our Archives
get the latest from
Politics Red
Sign up for our newsletter
POPULAR AT PATHEOS Politics Red
1