Hillary Clinton points out a relatively new development on the campaign trail that she finds super annoying – taking photos with supporters.

Yes you read that right…she is complaining about having to take selfies with all of her ‘adoring fans.’

Katherine Timpf provides great insight into this on National Review:

Hillary Clinton is complaining that it’s so hard that so many people want to take so many selfies with her all the time.“It used to be that you would do an event like this and then you would shake hands with people and they would talk to you,” Clinton told Esquire after an event in New Hampshire.“They would say, ‘I liked what you said about this’ or ‘You didn’t mention that’ or ‘Can I tell you this?’ And it was a constant learning and absorbing experience.”

”Now,” she continued, “it’s just ‘Can I take a selfie? Can I take a picture?’ People just want to capture that moment, and I just try to be accommodating.”Mrs. Clinton even went so far as to call the phenomenon “The Tyranny of the Selfie” — which certainly does make it sound like a pretty gosh darn serious.

And for the real kicker, Timpf brilliantly points out the sheer hypocrisy of it all:

In any case, saying you hate selfies seems like a pretty weird thing to do after you’ve spent so much time trying to look hip. I mean, seriously — from her Snapchat video with that  “More Like Chillary Clinton, amirite?” koozie, to her (stupidly) asking Millennials to tell her how they felt about their student debt using emojis, to her campaigning and chumming around with Lena Dunham, it’s painfully obvious that this is a woman is desperate for Millennials’ attention. Now, seeing as what many Millennials are desperate for are selfies that are going to get them a lot of “likes,” you’d think that she would want to help them out. After all . . . if you really want people to think you’re 68-going-on-20, then act like it, dude!

Oh, and there’s one more thing about all of this that’s pretty confusing: If Hillary finds selfies so annoying, then why were the ones she took with celebrities like Kim Kardashian and Amy Poehler plastered all over her social-media accounts with the same air of excitement as “We’re Engaged!” posts?

Were those annoying, too? Didn’t seem like it. Maybe it’s just the ones with Regular People that she hates taking so much? Never mind, that couldn’t be it. After all, we all know that “everyday Americans” are her favorite people — and she loves all of them very much.

Plus, Hillary should be glad that she’s busy taking selfies instead of the photo that most of America is ready to see. 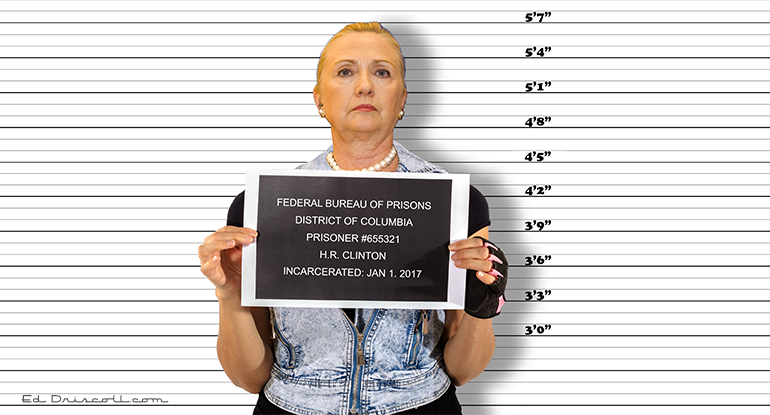 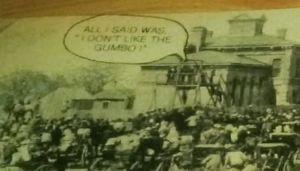 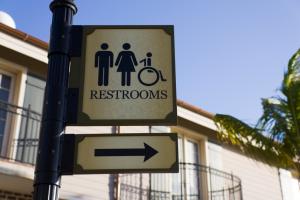 April 11, 2016 PayPal supports involuntarily exposing women and girls to male nudity as a condition of going to the bathroom
Recent Comments
0 | Leave a Comment
Browse Our Archives
get the latest from
Politics Red
Sign up for our newsletter
POPULAR AT PATHEOS Politics Red
1