How Not to Raise a Snowflake 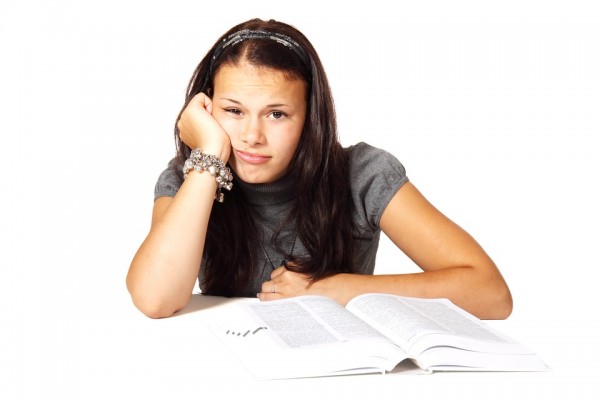 “What you are describing is not a crisis; it is life.”

I find myself making that assertion often as I talk to parents. The parent will describe a situation where someone teased their child, or spoke a harsh word to them, and ask me, “How should we respond?” Usually, what they are describing is normal stuff that happens between children. I tell them what they are describing it is not a crisis; it is life. Their responsibility is to coach their child on how to appropriately respond. Typically, the parent responds with shock and I tend to hear phrases like: “But it hurts their feelings.” “They are a sensitive child.” It doesn’t dawn on them that their child’s sensitivity could be the real problem.

Parents frequently place the blame on other children for their child’s reaction. They position their child as a victim. Focusing on the child a parent has no control over while neglecting and opportunity to teach the child they do have control over is unwise. The responsibility of Christian parents is to train their child how to appropriately respond to every situation in a way that glorifies God and displays self-sacrificial courage. For instance, if kids are teasing your son at school in the way kids often do, you should find out how he is responding. If the answer is by pouting or crying, that is a self-centered overreaction. Often, if he laughed along, or said with a grin, “Who cares what you guys think?” but still interacted pleasantly with them later, the teasing would stop.

This approach is not a case of blaming the victim. A mildly teased child is not a victim, but rather a human being learning how to interact with other humans in a fallen world. Pouting or crying because of mild teasing reveals an inordinate self-focus in the child’s heart. Why are they so easily controlled by what others say to them? Why are they hyper-sensitive, touchy, and easily offended? Those self-oriented traits are not helpful in life nor do they lead in the direction of personal contentment. Parents ought to be thankful for the opportunity to lead their children through these types of encounters because they provide an excellent training ground for the formation of others-centered Christian character.

C.S. Lewis famously said in Mere Christianity that true Christian humility, “is not thinking less of yourself; it is thinking of yourself less.” The apostle Paul exhorts, “Do nothing from selfish ambition or conceit, but in humility count others more significant than yourselves. Let each of you look not only to his own interests, but also to the interests of others” (Phil 2:3-4), and describes this as reflecting the mind of Christ (Phil 2:5). Living out Paul’s admonition demands a bit of thick skin that parents are to help their children develop. How can we love our neighbor when we are self-obsessed about how every interaction makes us feel. We are to love our neighbor, even if our neighbors is a jerk. Christian parents, are you training your children toward living this cruciform (cross-shaped) worldview out in their daily lives?

Today’s parents often go to ludicrous lengths attempting to remove all risk from their children’s lives and protect them from any negative assessment. There are very real consequences in the child’s life when parents raise their children in this self-referential environment. Children are taught that they have a right not to hear anything they do not agree with, and when they do, they should take it personally. This mollycoddling of our children does not prepare them for life. I recently saw a brochure that defined bullying to include teasing, name-calling, having your things bother, rumors, verbal commentary, taunting, graffiti, insensitivity, gestures, and being excluded from friendship groups. If bullying means almost everything, then it means nothing. Bullying used to mean the use of force, threats, abuse, in order to coerce and dominate others in a habitual way, usually involving an imbalance of power. Real bullying is a crisis, but the expanded definition would mean almost any interaction your child perceives as negative can be labeled bullying. The ludicrous expansion of the definition provides cover for real bullies.

All of this is counterproductive, and Christian parents, of all people, should understand its harm. When we train our children to be hypersensitive and to overreact about everything anyone says to them, we are discipling them toward anxiety. And we are also creating a worldview where counting others more significant than yourself or to loving your enemies is unintelligible. The apostle Paul was not debilitated by personal criticism, he never defended himself against personal insults, but at the same time he defended the gospel and his apostolic authority with every fiber of his being. Why? Because Paul was gospel-focused and others-centered and not self-referential. Personal criticism of him did not hinder gospel proclamation to others but confusion about the gospel would do so.

Too often, Christian parents rear their children in a deadly combination of hypersensitivity and a belligerent sense of entitlement. That combination will most certainly produce discontentment and gospel apathy. South Carolina basketball coach Frank Martin recently made waves when he said, “You know what makes me sick to my stomach? When grown people say that kids have changed. Kids haven’t changed. Kids don’t know anything about anything. We’ve changed as adults. We demand less of kids. We expect less of kids. We make their lives easier instead of preparing them for what life is truly about. We’re the ones that have changed.” The tendency today is to blame the younger generation, but Martin is correct to note that kids often reflect the culture their parents have cultivated.

Are you training your children to be good soldiers of Christ Jesus who engage in spiritual war? Or are you training them to be hyper-sensitive snowflakes who are easily offended by the smallest slight as they prepare for a spiritual vacation? The latter is a cruel way to send them out into the world. What about teaching your children to shake off the mild teasing without it controlling them while at the same time praying for the one doing the teasing? We certainly do not want our children to develop a hard-hearted stoicism. Nevertheless, the Christ-exalting sensitivity we want them to possess is to be more concerned and sensitive about others than themselves. Paul writes, “Let each of us please his neighbor for his good, to build him up. For Christ did not please himself” (Rom 15:2-3a)—parent accordingly.

David E. Prince is pastor of preaching and vision at Ashland Avenue Baptist Church in Lexington, Kentucky and assistant professor of Christian preaching at The Southern Baptist Theological Seminary. He is the author of In the Arena: The Promise of Sports for Christian Discipleship. He blogs at Prince on Preaching and frequently writes for The Ethics and Religious Liberty Commission, For the Church, and Preaching Today. 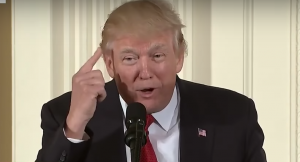 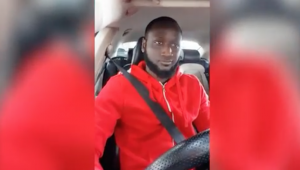 April 7, 2017 Passenger tells Uber driver Trump will deport him, threatens to tell cops he raped her
Browse Our Archives
Related posts from The French Revolution