The Scandals, Fr. Benedict, and Moving on… (UPDATED… AGAIN)

An interview with Fr. Benedict Groeschel, CFR was recently published on the NCRegister website.  It was quickly taken down, but not before it caused quite a stir.  The Huffington post and the NY Daily News both picked up on it.  Fr. Benedict is a remarkable priest – one that I’ve looked up to for many years.  His book on Fr. Gene Hamilton helped me decide to become a priest in the early days of discernment.  His comments to the NCRegister however horrified me.

“Suppose you have a man having a nervous breakdown, and a youngster comes after him. A lot of the cases, the youngster – 14, 16, 18 – is the seducer…”

“I’m inclined to think, on their first offense, they should not go to jail because their intention was not committing a crime.”

No matter what the circumstance, a priest must be beyond reproach.  The priest is always, ALWAYS called to a higher responsibility.  To protect.  To serve.

The Church has done so much since the scandals first broke back in 2002.  We’ve done more than any other major corporation in the world.  The bishops should be applauded for their vigilance.

Back in 2011 Pope Benedict, Speaking to the Bishops of New York State during their Ad Limina visit said the following:

I wished to acknowledge personally the suffering inflicted on the victims and the honest efforts made both to ensure the safety of our children and to deal appropriately and transparently with allegations as they arise. It is my hope that the Church’s conscientious efforts to confront this reality will help the broader community to recognize the causes, true extent and devastating consequences of sexual abuse, and to respond effectively to this scourge which affects every level of society.

I can’t speak for anyone but myself – but I’m proud of my Church.  I’m proud of my bishops for the work they’ve done to help protect children.  But the bishops can’t be in this thing along.  We need to be there supporting our bishops – every step of the way.

We need to move on. We need to learn.  Ultimately though, the Church will never be beyond this thing.   And we shouldn’t be.  We need to continually accept responsibility and ask for forgiveness.  We need to be constantly reminded that we are here to be instruments of God’s love and mercy.

Some people will always think of the scandal when they see a priest.  Comments like Fr. Benedict’s don’t help us move on, don’t help us to heal.

STATEMENT OF JOSEPH ZWILLING REGARDING RECENT COMMENTS OF FR. BENEDICT GROESCHEL
This is the statement from Joseph Zwilling, Communications Director for the Archdiocese of New York, in reaction to comments attributed to Fr. Benedict Groeschel in a recent interview with the National Catholic Register.
“The comments made by Father Benedict Groeschel that appeared on the website of the National Catholic Register are simply wrong.  Although he is not a priest of the Archdiocese of New York, what Father Groeschel said cannot be allowed to stand unchallenged.   The sexual abuse of a minor is a crime, and whoever commits that crime deserves to be prosecuted to the fullest extent of the law.
The harm that was done by these remarks was compounded by the assertion that the victim of abuse is responsible for the abuse, or somehow caused the abuse to occur.  This is not only terribly wrong, it is also extremely painful for victims.  To all those who are hurting because of sexual abuse or because of these comments, please know that you have our profound sympathy and our prayers.
The Archdiocese of New York completely disassociates itself from these comments.  They do not reflect our beliefs or our practice.”

UPDATE II:
Fr. Benedict Groeschel, CFR, his community and the National Catholic Register each issued their own statements on the website of the Register.  I’ve placed the statement of Fr. Benedict first.  See below:

I apologize for my comments. I did not intend to blame the victim. A priest (or anyone else) who abuses a minor is always wrong and is always responsible. My mind and my way of expressing myself are not as clear as they used to be. I have spent my life trying to help others the best that I could. I deeply regret any harm I have caused to anyone.

Child sexual abuse is never excusable. The editors of the National Catholic Register apologize for publishing without clarification or challenge Father Benedict Groeschel’s comments that seem to suggest that the child is somehow responsible for abuse. Nothing could be further from the truth. Our publication of that comment was an editorial mistake, for which we sincerely apologize. Given Father Benedict’s stellar history over many years, we released his interview without our usual screening and oversight. We have removed the story. We have sought clarification from Father Benedict.

Statement from the Community of the Franciscan Friars of the Renewal:

The Community of the Franciscan Friars of the Renewal sincerely apologizes for the comments made by Fr. Benedict Groeschel in an interview released August 27 by the National Catholic Register. In that interview, Fr. Benedict made comments that were inappropriate and untrue. A child is never responsible for abuse. Any abuser of a child is always responsible, especially a priest. Sexual abuse of a minor is a terrible crime and should always be treated as such. We are sorry for any pain his comments may have caused. Fr. Benedict has dedicated his life to helping others and these comments were completely out of character. He never intended to excuse abuse or implicate the victims. We hope that these unfortunate statements will not overshadow the great good Fr. Benedict has done in housing countless homeless people, feeding innumerable poor families, and bringing healing, peace and encouragement to so many.

Fr Benedict helped found our community 25 years ago with the hope of bringing the healing peace of Jesus Christ to our wounded world. Our desire has always been to lift-up humanity and never to hurt. About seven years ago Fr. Benedict was struck by a car and was in a coma for over a month. In recent months his health, memory and cognitive ability have been failing. He has been in and out of the hospital. Due to his declining health and inability to care for himself, Fr. Benedict had moved to a location where he could rest and be relieved of his responsibilities. Although these factors do not excuse his comments, they help us understand how such a compassionate man could have said something so wrong, so insensitive, and so out of character. Our prayers are with all those who have been hurt by his comments, especially victims of sexual abuse.

September 3, 2012 Requiem æternam, Emineza
Recent Comments
0 | Leave a Comment
Browse Our Archives
get the latest from
Catholic
Sign up for our newsletter
POPULAR AT PATHEOS Catholic
1

And Now We Are Mothers
Steel Magnificat
Related posts from Fr. Michael Duffy 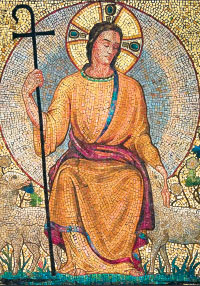 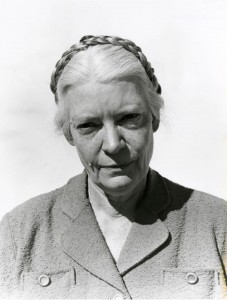