Brueggemann’s Theology of the Old Testament, Part 5. Part of a series preparing for Brueggemann’s lectures at Fuller Seminary at the end of April.

My favorite non-biblical quote in the world is from Francis of Assisi: “Preach the Gospel to the whole world and, if necessary, use words.” It simply and poignantly reminds us of the crucial task of living out our faith as part of bearing witness to God.

And, Walter Brueggemann would say, that statement is both very right and very wrong.

As we have seen in our last few posts on Brueggemann, the scholar traces key themes throughout the Old Testament, a collection of books that is Israel’s testimony about who their God is. Brueggemann identifies their core testimony—that Yahweh is the God who provides, who rescues, who forgives, who is both holy and yet near his people. Israel’s counter-testimony, however, is that sometimes Yahweh is seemingly absent, neglectful, and even vindictive. Their unsolicited testimony—the testimony that surprises even Israel—is that Yahweh is intimately involved with creation, every individual, and even other nations, nations that Israel considers enemies. Yahweh, as Israel speaks in its core, counter, and unsolicited testimonies, is the God who is always bigger than comprehension and expectation. He is sovereign and yet intimate, holy and yet near.

Counter Francis’s claim, Brueggemann insists that these testimonies are a necessary response of God’s people to God’s bigness and love. Speaking about—not just living, but verbalizing—God’s presence, absence, and surprise is crucial. This is one of the reasons God entered into a covenant with Israel in the first place.

But, says Brueggemann, that is not all.

The final section of his argument is dedicated to “Israel’s Embodied Testimony.” He suggests that major parts of Yahweh’s character are testified to in the actions of human mediators. For instance, Moses’s actions to Pharaoh are ordered and empowered by God. Miracles done by Moses and his shepherd staff are actually done by Yahweh. God never physically appears, but everyone learns of his character through what Moses does.

But it doesn’t stop at Moses.

Israel has been called to be a holy nation that testifies to Yahweh, and Yahweh’s presence is mediated and preached to people through the very members of their community. Through priests, kings, prophets, and wisdom teachers, the people of Israel and the wider world learn of God’s character. The priests bring near the artistic and sacred aspects of God. The prophets bring near God’s wildness and hope. The kings bring (or should bring) the justice of God’s rule, and the wisdom teachers point to the order and beauty of God’s created world. The testimony to God depends a great deal on the actions and character of these people who call themselves God’s servants.

So intense is this responsibility that, at times, people are removed from these positions of power or privilege when they do not faithfully represent God. Each role is capable of corruption—unjust kings, apathetic prophets, greedy teachers, and syncretistic priests can all cave to the ways of the world that Israel is supposed to counter. The day Israel stopped being the living alternative to its greedy, oppressive, and corrupt neighbors was the day it began to court exile instead of God.

The lived—embodied—testimony of Israel stood as a light in the darkness of the ancient world built on blood, slavery, and oppression. When Israel joined the darkness, a purging—of removal, exile, death—loomed. The holy God would suffer no such corruption.

But a main part of the embodied testimony of Israel is still the word. The Torah and its oral interpretation continue to carry testimony of God on through generations and centuries, especially in the exile when it seems Israel finally began to gather the various texts and oral traditions in one place. Of course, interpretation of Torah can also be co-opted and corrupted, but it also had a lasting power beyond any one person or even series of persons, like prophets or kings. It was and remains Israel’s most powerful embodied testimony—lived out, written down, argued over. In fact, it is so crucial to Israelite faith that John the Gospel writer frames Jesus as “The Word Made Flesh.” Jesus’s incarnation is, in some mysterious way, a part of Torah itself.

Francis’s “if necessary, use words” here misses the point. The word is always necessary. But then again, so is the lived life.

Embodied testimony to God means we wrestle with the written word of God and try to live it out in our various ways. We live in response to the holy yet intimate God by trying to embody something of his character: our justice points to his rule, our learning points to his wisdom, our worship points to his glory. This is part of what it means to be in relationship to the God of the Exodus, the God of the Exile. Our end of the deal is living out (and speaking out) facets of his character and drawing the attention of our community and the surrounding communities to him. We still need to preach Yahweh, but we also need to live Yahweh, and we need to wrestle time and again over Yahweh’s word. The preaching, the living, the wrestling is part of our identity as God’s people.

Join us for Brueggemann’s lectures on Justice, Grace, Law, and the Mission of God.

Reed Metcalf works as a Media Relations and Communications Specialist at Fuller Theological Seminary. He writes for and curates the Fuller Blog and contributes regularly to FULLER magazine.  He graduated with his MDiv from Fuller in 2014 and co-founded the Fuller Faith and Science student group. Reed and his wife Monica live in Pasadena, CA, where he is an ordination candidate in the Free Methodist church. Follow him on Twitter at @reedmetcalf. 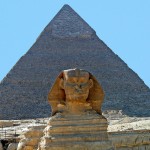 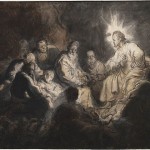 May 11, 2015 Spiritual Direction: Who Needs It?
Recent Comments
0 | Leave a Comment
Browse Our Archives
get the latest from
Evangelical
Sign up for our newsletter
POPULAR AT PATHEOS Evangelical
1