Lost is over. Law and Order and Numb3rs are cancelled. The networks need to come up with new programming and are searching for the next Lost. So far, program directors seem to be coming up with new ideas like these: Let’s have another police procedural! And to make it new, we’ll have it be just like our other police procedurals, only it’ll take place in a different city! Let’s have a situation comedy about a bumbling husband with a wife out of his league and some smart aleck kids! And when audiences get tired of that, let’s do another one just like it!

We can do better than that. What would be some good ideas for television series? I’ll go first:

(1) Washington Espionage. Set in the Cold War of the 1970s. The main character is a counter-intelligence agent with the CIA, but it includes a web of spies from all sides, their handlers, and their targets. Stories hinge on CIA, KGB, and other agents recruiting traitors, turning double agents, spycraft, and living their lives while hiding their true identities.

(2) School Days. Follows a group of incoming college freshmen at a state university and their progress from year to year until they graduate (whereupon, after four years, the series ends, or starts up again with a new class). We see their friendships, temptations, loves, and struggles. Also what they learn, the things they get into–from radical politics to campus Christianity–and how they grow up during their years at school. (I realize that the networks would probably focus on frat parties and sex in the dorms, but still. . . )

(3) Church. Follows a small-town pastor as he deals with the problems, the crises, and the joys of the people in his congregation. We get to know the families in his parish and watch how the pastor ministers to them. Sometimes the issues he deals with are humorous. Sometimes they are life-and-death serious (troubled marriages, rebellious kids, suicides, addictions, health problems). Each episode includes a scene at church, where we hear a snippet of the sermon and see all of the people in all of their problems come together for worship.

Wouldn’t these make good series? These brief paragraphs, by the way, are called “pitches” and are exactly what go before the network executives who sometimes invest millions on as little to go on. Any of you Hollywood producers who read this blog, if you want to use any of these ideas, fine, but give credit and a cut of the profits where they are do. Now your turn. . . . 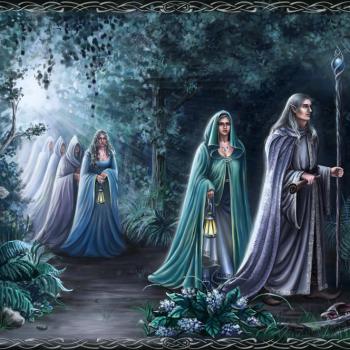