[Mollie Hemingway’s quotation from Luther’s “The Estate of Marriage” (1522) reminded me that I blogged on that sermon in 2007, several platforms ago.  So I thought I would rerun it.]

In working on an article about vocation, I was looking for the source of Luther’s famous saying about the holiness of changing diapers. I found his sermon “The Estate of Marriage” (1522) posted online here. A priceless excerpt:

Now observe that when that clever harlot, our natural reason (which the pagans followed in trying to be most clever), takes a look at married life, she turns up her nose and says, “Alas, must I rock the baby, wash its diapers, make its bed, smell its stench, stay up nights with it, take care of it when it cries, heal its rashes and sores, and on top of that care for my wife, provide for her, labour at my trade, take care of this and take care of that, do this and do that, endure this and endure that, and whatever else of bitterness and drudgery married life involves? What, should I make such a prisoner of myself? 0 you poor, wretched fellow, have you taken a wife? Fie, fie upon such wretchedness and bitterness! It is better to remain free and lead a peaceful. carefree life; I will become a priest or a nun and compel my children to do likewise.”

What then does Christian faith say to this? It opens its eyes, looks upon all these insignificant, distasteful, and despised duties in the Spirit, and is aware that they are all adorned with divine approval as with the costliest gold and jewels. It says, “0 God, because I am certain that thou hast created me as a man and hast from my body begotten this child, I also know for a certainty that it meets with thy perfect pleasure. I confess to thee that I am not worthy to rock the little babe or wash its diapers. or to be entrusted with the care of the child and its mother. How is it that I, without any merit, have come to this distinction of being certain that I am serving thy creature and thy most precious will? 0 how gladly will I do so, though the duties should be even more insignificant and despised. Neither frost nor heat, neither drudgery nor labour, will distress or dissuade me, for I am certain that it is thus pleasing in thy sight.”

A wife too should regard her duties in the same light, as she suckles the child, rocks and bathes it, and cares for it in other ways; and as she busies herself with other duties and renders help and obedience to her husband. These are truly golden and noble works. . . .

Now you tell me, when a father goes ahead and washes diapers or performs some other mean task for his child, and someone ridicules him as an effeminate fool, though that father is acting in the spirit just described and in Christian faith, my dear fellow you tell me, which of the two is most keenly ridiculing the other? God, with all his angels and creatures, is smiling, not because that father is washing diapers, but because he is doing so in Christian faith. Those who sneer at him and see only the task but not the faith are ridiculing God with all his creatures, as the biggest fool on earth. Indeed, they are only ridiculing themselves; with all their cleverness they are nothing but devil’s fools.

Notice that in Luther, for all of the late medieval era, it is the FATHER who is dealing with the baby’s diaper!

via Search Results “estate of marriage”. 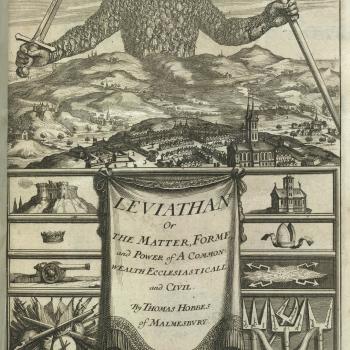 Evangelical
Agents to be Persuaded or Victims to be...
Cranach 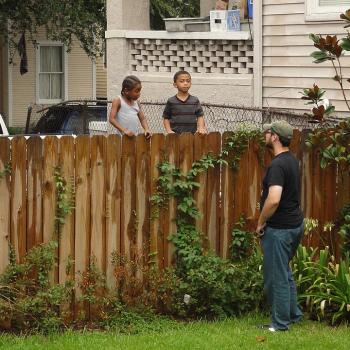