What was Bob Dylan’s reaction to the news that he had won the Nobel Prize for Literature?  Nothing. He made no reference to it in the press or in his concerts.  He didn’t call or take a call from the Swedish academy.

Lot of people, including the Nobel Committee, considered this to be arrogant.  We fans considered it just another example of Dylan’s utter coolness.  To ignore the Nobel Prize!

But now Dylan has responded.  It turns out, he says, the award just left him “speechless.”  Read more after the jump and follow the links.

Bob Dylan acknowledged his Nobel Prize for Literature win in a new interview published Friday where he said of the prestigious honor, “Amazing, incredible. Whoever dreams about something like that?”

Speaking to The Telegraph in his first interview since the Swedish Academy announced Dylan would be the recipient of their literature prize, the singer-songwriter added that he “absolutely” plans on attending the December 10th Nobel gala in Stockholm “if it’s at all possible.”

As for Dylan’s “impolite and arrogant” lack of response about the prize and the Swedish Academy’s fruitless efforts to get in touch with the singer since the award was announced, Dylan quipped simply, “Well, I’m right here.”

In a separate announcement Friday, the Nobel Foundation revealedthat they did finally get in contact with Dylan about the prize. “The news about the Nobel Prize left me speechless,” Dylan told the Swedish Academy. “I appreciate the honor so much.” Dylan added, “If I accept the prize? Of course.” 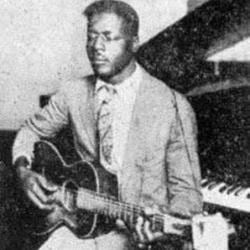