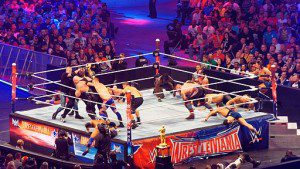 Donald Trump’s choices for his cabinet and other high-level positions in his administration are interesting, to say the least.  He is stacking defense-related positions with generals, well-qualified to be sure, but this has some worried about the tradition of civilian control of the military.  He is awarding some loyalists but also including some Republican establishment figures, including, magnanimously, some who opposed him (such as Nikki Haley for UN ambassador, with Mitt Romney a contender for Secretary of State).

Some of his choices are disruptive.  Trump has picked Oklahoma’s Attorney General, Scott Pruitt, to head the Environmental Protection Agency.  But Pruitt has spent much of his time here in Oklahoma fighting the EPA, filing all kinds of lawsuits against the agency’s attempts to regulate Oklahoma’s environment and oil businesses.  Pruitt just doesn’t believe in man-made climate change or other tenets of Green ideology.  He does believe the EPA has been imposing unnecessary regulations that are too costly for businesses and that are a drag on the economy.  Putting him in charge of the EPA comes close to eliminating the agency.

Similarly, he is nominating Betsy Devos, a major education reform activist and an advocate for private schools, for Secretary of Education.  Ben Carson, his nominee for Secretary of Housing and Urban Development, is a critic of federal housing programs.  For Secretary of Labor, Trump wants Andrew Puzder, CEO of the company that owns Hardee’s and Carl’s, Jr., creating the impression that fast-food jobs may be the template for America’s labor force.  [UPDATE:  Breitbart, site of Trump’s most avid supporters, reports that Puzder favors the use of foreign labor.  Which would mean that Trump is appointing people who don’t believe in his policies!  Such an appointment sounds like a slap in the face to the American blue-collar voters who put him in office.]

But, to me, Trump’s most provocative appointment so far is Linda McMahon, the former CEO of World Wrestling Entertainment, as head of the Small Business Administration.  How a professional wrestling magnate will help a small town hardware store owner compete with Wallmart isn’t clear.  (Set up a cage match between the store managers, with the loser leaving town?)

Doesn’t Trump knows that professional wrestling isn’t real?  Of course he does!  In fact, our new president has a long history with professional wrestling.  In Wrestlemania 23, he challenged WWE owner Vince McMahon, the new SBA head’s husband, to a match.  McMahon said he couldn’t fight because he had an injury, so he proposed that they both pick surrogates to fight for them.  The winning billionaire gets to shave the loser’s hair.  In the “Battle of the Billionaires,” Trump’s fighter won.  So he body-slammed McMahon, punched him, and shaved him.  (See the video below.)  For all of this, our president-elect has been inducted into the WWE Hall of Fame.

At any rate, some people will be happy with his appointments while others will be appalled.  But it appears that Trump is going to be Trump, for better or for worse.

President-elect Donald Trump on Thursday nominated Scott Pruitt, the attorney general of the oil and gas-intensive state of Oklahoma, to head the Environmental Protection Agency, a move signaling an assault on President Obama’s climate change and environmental legacy.

Pruitt has spent much of his energy as attorney general fighting the very agency he is being nominated to lead.

He is the third of Trump’s nominees who have key philosophical differences with the missions of the agencies they have been tapped to run. Ben Carson, named to head the Department of Housing and Urban Development, has expressed a deep aversion to the social safety net programs and fair housing initiatives that have been central to that agency’s activities. Betsy DeVos, named education secretary, has a passion for private school vouchers that critics say undercut the public school systems at the core of the government’s mission.

Trump’s transition team announced the nomination in a news release Thursday, calling Pruitt “an expert in Constitutional law” and saying he “brings a deep understanding of the impact of regulations on both the environment and the economy.”

“For too long, the Environmental Protection Agency has spent taxpayer dollars on an out-of-control anti-energy agenda that has destroyed millions of jobs, while also undermining our incredible farmers and many other businesses and industries at every turn,” the release quoted Trump as saying. He said Pruitt “will reverse this trend and restore the EPA’s essential mission of keeping our air and our water clean and safe.” Trump added, “My administration “strongly believes in environmental protection, and Scott Pruitt will be a powerful advocate for that mission while promoting jobs, safety and opportunity.”

Pruitt was quoted as saying: “The American people are tired of seeing billions of dollars drained from our economy due to unnecessary EPA regulations, and I intend to run this agency in a way that fosters both responsible protection of the environment and freedom for American businesses.”

December 9, 2016 Thomas Oden, ex-liberal theologian turned classical Christian, has died
Recent Comments
0 | Leave a Comment
"Hey all, long time reader/used to comment and commenting again. Are any of y’all tracking ..."
TDoig DISCUSS: Open Topics
"I think starting with the FBI might not be a bad thing. They have been ..."
MarkB DISCUSS: The GOP’s New Contract with ..."
"Because the Dems will try to codify Roe into Federal law."
Tom Hering DISCUSS: The GOP’s New Contract with ..."
"I just read the treatise. I think your summary is correct. It is initially a ..."
reg A Lutheran Critique of National Conservatism
Browse Our Archives
Related posts from Cranach