The triumphs of nationalism 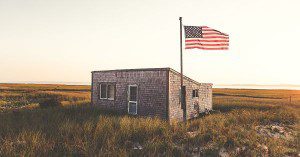 The victory of Donald Trump–along with other political insurgencies in England, France, Italy, and other countries–was a triumph of nationalism.  It was not a triumph of conservatism, though conservatism went along for the ride and is generally hospitable to nationalism.  But the new political force is, above all, a rejection of globalism in favor of local cultures and a revival of the nation-state.  So says Mark L. Movesian in a stimulating essay, quoted and linked after the jump.

He says that nationalism can be either beneficial or malign.  Which do you think it will be this time, both in the United States and in the other countries where nationalism is coming back with a vengeance?

The political events of 2016 reflect an important common theme: the resurgence of nationalism across the West. Although other factors are also involved and nationalism’s revival has not been complete—in Austria this past weekend, mainstream parties worked together to defeat decisively a nationalist candidate for president—throughout this year, nationalist resistance to global liberalism turned out to be the most influential force in Western politics.

To be sure, traditional conservatism played a role in these developments—but only an indirect one. Although the Right, broadly defined, achieved victories in the United States and Europe, what we think of as “movement conservatism” did not. In Britain, the leaders of the Conservatives opposed Brexit; in America, many conservatives opposed Trump. In France, the Republican Party has worked hard to distance itself from the National Front, which it views as an embarrassment. In Italy, the Five Star Movement declares itself non-aligned and draws votes from both the Left and the Right.

Nor did Christian conservatism triumph in 2016. True, the majority of British Christians wanted their country out of the European Union and the majority of American Christians voted for Trump (the members of some denominations by wide margins). But both the Brexit campaign and the American election downplayed religious themes. Trump did not make Christian values a centerpiece of his agenda. Many Christians who supported him did so from a fear of what a Hillary Clinton administration would mean for their religious freedom rather than a belief that Trump shared their values. In France, the National Front’s Marine Le Pen strongly supports secularism. For an express appeal to Catholic values, one must turn instead to the Republican Party’s candidate, François Fillon.

In short, although traditional conservatism has been on the winning side in recent political contests, it has been a junior partner in a larger project: the revival of nationalism. Nationalism is a complicated phenomenon that takes different forms. A good working definition is the following: a political program that unites a people with a common ancestry or culture together with a sovereign state. Nationalism rejects attempts to subordinate the state to outside governance. Often, it seeks to protect local traditions from being diluted by an aggressive global culture. In its present iteration, it sets the nation-state against supranational, liberal regimes like the EU or NAFTA, and local customs and traditions, including religious traditions, against alien, outside trends.

Nationalism can be a malign force or a beneficial one. . . .

The resurgence of nationalism upsets the conventional wisdom, which for some time has predicted the eclipse of the nation-state and the triumph of global, free market liberalism. Even Francis Fukuyama, who originated the idea of “the End of History” in 1989, has begun to reconsider. (Access to his article in the Financial Times is best from this link.) Why was the conventional wisdom wrong? Many observers argue that the financial rewards of global liberalism have been poorly distributed, with benefits going to a small number of elites within each country. Global liberalism may look great to cosmopolitans in New York and Los Angeles, who enjoy cheaper goods and services and higher returns on their investments, but to many in Middle America, who have lost well-paying factory jobs, and whose communities have been decimated by unemployment and other social ills, the advantages are harder to discern.

The lagging fortunes of what used to be called the working class are only part of the story, though, and not the most important part. As Fukuyama acknowledges, many well-educated Americans with reasonable professional prospects, who could expect to benefit from global liberalism, also supported Trump. For these Americans, too, the new world order of multiculturalism and ever-freer trade seemed lacking.