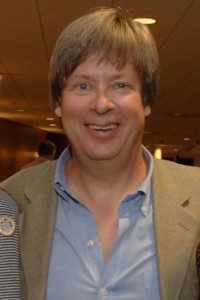 One of my New Year’s Eve rituals is to read Dave Barry’s annual Year in Review.

The month-by-month breakdown helps me remember and sort of relive the year that is ending.  But it’s filtered through off-the-wall hilarity and on-target satire of all sides.

If you didn’t read it over the weekend, it’s not too late.  I’ll get you started after the jump.

Why do we say this? Let’s begin with the gruesome train wreck that was the presidential election. The campaign began with roughly 14,000 candidates running. Obviously not all of them were qualified to be president; some of them — here we are thinking of “Lincoln Chafee” — were probably imaginary. But a reasonable number of the candidates seemed to meet at least the minimum standard that Americans have come to expect of their president in recent decades, namely: Not Completely Horrible.

So this mass of candidates began the grim death march that is the modern American presidential campaign — trudging around Iowa pretending to care about agriculture, performing in an endless series of televised debates like suit-wearing seals trained to bark out talking points, going to barbecue after barbecue and smiling relentlessly through mouthfuls of dripping meat, giving the same speech over and over and over, shaking millions of hands, posing for billions of selfies and just generally humiliating themselves in the marathon group grovel that America insists on putting its presidential candidates through.

And we voters did our part, passing judgment on the candidates, thinning the herd, rejecting them one by one. Sometimes we had to reject them more than once; John Kasich didn’t get the message until his own staff felled him with tranquilizer darts. But eventually we eliminated the contenders whom we considered to be unqualified or disagreeable, whittling our choices down until only two major candidates were left. And out of all the possibilities, the two that We, the People, in our collective wisdom, deemed worthy of competing for the most important job on Earth, turned out to be …

… the most flawed, sketchy and generally disliked duo of presidential candidates ever!

January 2, 2017 Top 5 heresies of 2016
Recent Comments
0 | Leave a Comment
"Bill,One needs to look at more details than just religion. In South and Central America, ..."
Curt Day The Reformation and Science
"Compare the present state of Protestant and Catholic which developed from 17th century Protestant and ..."
bill wald The Reformation and Science
"But what is the point of not allowing them to return for 15-18 months after ..."
Tom Hering Church Growth by Kicking Out Old ..."
"Maybe this will be more your speed.https://www.youtube.com/wat..."
Rev_Aggie_98 Church Growth by Kicking Out Old ..."
Browse Our Archives
Follow Us!