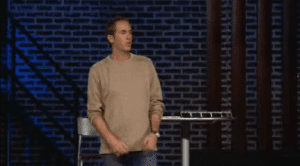 499 years after the Reformation, 1691 years after the Council of Nicaea, theological disputes and charges of heresy are still going strong.  Emily McFarlan Miller of the Religious News Service looks back on the Top 5 Heresies of 2016.

Could you list some more?  Are some brewing that will come to a head in 2017?

After the jump, I’ll list the five.  But go to the link for explanations and details.

From Emily McFarlan Miller,  Top 5 ‘heresies’ of 2016: ‘One God,’ biblical authority and more | Religion News Service.  What follows are my words of summary.  Go to the link to learn more of what these refer to:

Photo of Andy Stanley, 2011, by Robvilledan (Own work) [Public domain], via Wikimedia Commons