The two kinds of romantic love 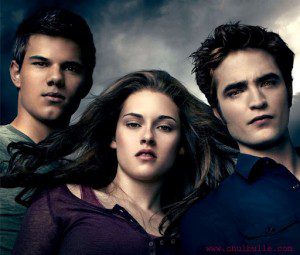 These two kinds of romantic love are explored in one of the most morally illuminating books of literary criticism I have ever read:  Love in the Western World by the Swiss Christian scholar Denis de Rougement.

A romance novel will often set up a triangle in which a woman has to choose between two suitors:  One is a good guy who cares for her, whom her parents like, and who would make a good husband.  The other is nearly a villain, an “anti-hero” who sometimes mistreats her, is a social outcast from her circles, and who even seems dangerous.  Young adults novels are often built around the same pattern,  with the choice between an all-American popular boy and a troubled, misunderstood, passionate “bad boy.”  Many literary novels have been about a happily married man who is lured away from his angelic wife by an exotic, sensual, forbidden beauty.

Sometimes the characters make the right choice in committing themselves to the good person.  But, more often than not, they choose the one who is bad “in society’s eyes,” but who offers them excitement, passion, and the thrill of transgression.  Romance and young adult novels often stop when the choice is made, imposing a “happily ever after ending.”  But honest works of literature, like Anna Karenina, show what happens next, with the forbidden love resulting in ruin, despair, and even death.

More importantly, the pattern keeps asserting itself in real life.  A man may divorce his wife and abandon his family, out of romantic passion for a woman who represents sensuality, rule-breaking, and freedom from responsibility.  A woman may leave her husband and her family for a man who excites her because of his instability and emotional needs.  Sometimes, a man or a woman may leave their families not because they have found someone else but because they only hope to find someone else, so starved they are for this negative romantic love.

This kind of love thrives on secrecy, guilt, and the thrill of transgression.  By its nature, it often leads to destruction.  An adulterous pastor loses his calling.  A divorced man, unable to handle his new loneliness, drinks himself to death.  The object of a woman’s dark romantic fantasies ends up abusing her and her children.

For De Rougement, these two kinds of romantic love represent two kinds of desire:  for life and for death.  Yes, death has its allure, as we see more and more in our “culture of death.”  As does transgression, the thrill of violating one’s own moral beliefs.  All of this is evident throughout the history of fallen humanity.  De Rougement goes back through medieval romances, such as the doomed love of Tristan and Iseult, to explore the psychology of the love that compulsively leads to death or its emotional equivalent.  And he traces it through the Hollywood depictions of love, and what all of this does to marriages and to real men and women.

I once had a student in an adult education class who was a professional model, though she did not look all that glamorous in her class clothes of jeans and hoodie.  She told about how her handlers taught her and her colleagues how to give the “mean look” on the runway, that harsh, cold stare that you can see in any fashion magazine.  Meanness is attractive in our twisted, fallen state, even when we mingle it with what we imagine to be love.  In real life, though, and in a real relationship, cruelty and transgression for its own sake soon become horrible.

February 15, 2017 Is the Russian military testing Trump?
Recent Comments
0 | Leave a Comment
Browse Our Archives
get the latest updates from
Cranach
and the Patheos
Evangelical
Channel
POPULAR AT PATHEOS Evangelical
1