In this climate of “fake news,” professional fact checkers have risen to new prominence.  But an academic study of two of the most prominent media fact checkers has found that in one out of five times, the two come to opposite conclusions about whether something is true or a lie.

After the jump, an editorial discusses the study (linked at the end of this post), as well as other similar findings, including a column by Mark Hemingway (a member of an LCMS congregation).

Some will use this research for the postmodernist cause:  “See, there are no ‘facts.’  Bias is inevitable.  Objective truth is impossible to determine.  Truth is relative.  Truth is a political construction, etc.”

And those who think that way will feel justified in constructing more truths for a political cause.

In “Checking How Fact-checkers Check,” Chloe Lim, a Ph.D. student at Stanford University, evaluates the performance of two major online fact-checkers, Politfact at the Tampa Bay Times and Fact Checker at The Washington Post, by comparing instances in which they analyze the same statements.

As it turns out, that’s a rare occurrence. Just one in 10 statements was scrutinized by both organizations.

One would assume claims that appear, at first blush, to verge on falsehood would draw fact-checking scrutiny and lead to substantial overlap. That this isn’t the case suggests editorial viewpoint, rather than objective criteria, plays a large role in the process.

Furthermore, when fact checkers do examine the same statement, Lim says “there is little agreement in their ratings.”. . .

Of 70 statements evaluated by both organizations, Lim notes, 14 “received two completely opposite ratings from the fact-checkers.”

“While 14 may not seem as big a number, it implies that 1 out of every 5 times, one fact-checker considers a statement true while the other fact-checker flags the same statement as a lie,” Lim writes.

For the study by Chloe Lim “Checking How Fact-checkers Check,” go here.

May 25, 2017
Trump is good business for the liberal media
Next Post 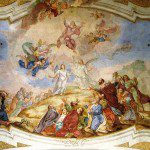