Trump is good business for the liberal media

Ratings for the conservative Fox News are way down.  The liberal MNBC, once hardly watched by anyone, is now the most-watched cable news network.

The New York Times not long ago was hemorrhaging readers.  Now the number of subscribers is soaring.

Stephen Colbert was recently in danger of losing his late night show, such were his poor ratings.  But now he rules late night TV.

Trump-bashing is bringing the liberal media back to life.

The liberal media may despise Donald Trump, but they are in his debt.

Bernard Goldberg makes this point after the jump.

There are more than a few high-profile Americans who, even though they detest the president, ought to send him a case of champagne and a few dozen roses along with a thank-you note for all he’s done for them.

Who are these people? They’re liberals in the media — both the news and entertainment media — who are doing fabulously well thanks to none other than Donald J. Trump. These are people who would rather walk barefoot on broken glass than say something nice about the president. But they’ve discovered a very valuable secret: bashing him is not only satisfying and gets them plaudits from their liberal friends, it’s also good for business.

Stephen Colbert went from worst to first by bashing the president on his late night CBS comedy show. It started with a few jabs and when his ratings went up, the jabs became more frequent and harder hitting and recently included a vulgar rant against the president.

“The View’s” ratings are also soaring thanks at least in part to the frequent Trump bashing by the show’s liberal women who pose as political scientists.

MSNBC used to be a joke. Not anymore. Knocking the president all day long has been good for business there, too. According to recent ratings, MSNBC was the most-watched cable news network in weekday prime time in the advertiser-coveted 25-54 year old demo.

“Saturday Night Live” is having a spectacular year thanks to Alec Baldwin’s Trump and Melissa McCarthy’s Sean Spicer. As one story put it, “Donald Trump has referred to himself as a ratings machine, and judging from the recent viewership of ‘Saturday Night Live,’ he’s right.” Ratings for “SNL” this year have hit a 22-year high.

Business at the “failing New York Times,” as Trump likes to put it, is also doing quite well. Subscriptions have gone way up since Donald Trump was elected. Liberals love the constant barrage of Trump bashing on the editorial and op-ed pages — and on the front page, too.

The media elite may despise him, but they’re laughing all the way to the bank. Their numbers are up; his are down. 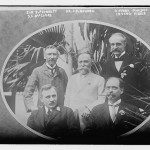 May 24, 2017
The invention of breakfast cereal and other wacky church history
Next Post 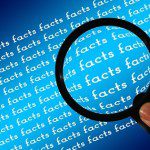