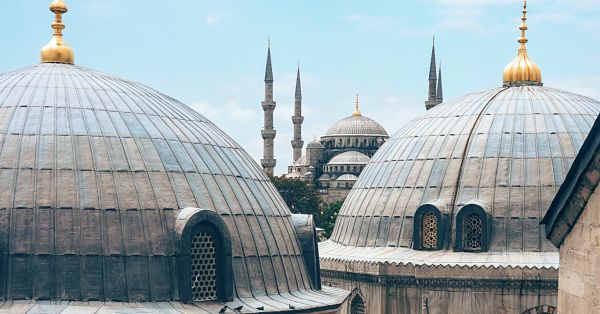 Donald Trump is on his first international trip as president, and he has an ambitious agenda.  He is visiting the homelands of three world religions that have often been in contention with each other:  Islam, Israel, and Rome.

This weekend he was in Saudi Arabia, where he gave a rather impressive speech about Islam (see our post about it) and signed deals for weapons and other investments worth as much as $350 billion.  (Prompting questions about whether we should be so tight with such an authoritarian regime.)

Today he is in Israel.  On Wednesday he will meet with the Pope.

Then the theme will shift to global military and economic issues. Thursday he’ll be in Brussels to meet with NATO.  Friday he’ll be in Sicily for the G7 summit of leaders of the world’s biggest economies.

His purpose in the religion tour, according to the White House, is to “broadcast a message of unity” to Jews, Christians and Muslims.

Here is a useful day-by-day breakdown of the trip, giving the context, goals, and what could go wrong.

Do you think President Trump can pull off all of this diplomacy?

Besieged by bad news at home, President Donald Trump is about to get religion, bigly.

In his first foreign trip as President, which begins Friday, Trump has planned a pilgrimage of sorts, visiting the homelands of all three Abrahamic faiths — Judaism, Christianity and Islam — before heading to Europe for meetings with Pope Francis and NATO leaders.
In all, it’s an ambitious nine-day, five-country tour that will test the religious acumen and diplomatic skills of a President who, beyond courting conservative Christians and casting suspicion on Muslims, rarely talks about religion.
Trump’s itinerary includes Saudi Arabia, the birthplace of Islam, where he aims to erase his Islamophobic image and urge Muslim leaders to address extremist ideologies. In the Holy Land, Trump wants to jumpstart the stalled peace negotiations between Israelis and Palestinians, while visiting touchstones like the Western Wall. And in Europe, the President seeks to repair frayed relations with two of the continent’s most venerable institutions, the Vatican and NATO. . . .
The White House says Trump has three main goals: to project American power abroad, build relationships with world leaders and “broadcast a message of unity” to Jews, Christians and Muslims.
“What President Trump is seeking is to unite peoples of all faiths around a common vision of peace, progress and prosperity,” McMaster said. 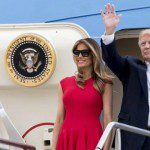 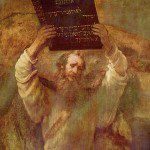 May 22, 2017 Americans' moral beliefs
Recent Comments
0 | Leave a Comment
"I'm saying that if clergymen were willing to follow, excuse and even push for things ..."
VDMA Why Ukrainian Evangelicals Are Succeeding Politically
"I'm not interested in wasting time with somebody just looking for an argument. Have a ..."
Rev_Aggie_98 Christianity vs. Christendom?
"You keep bringing up Trump. Why? It seems obsessive. Far too many people seem to ..."
VDMA Why Ukrainian Evangelicals Are Succeeding Politically
"Why do you lie? Isn't that a sin? It is clear that you said beginning ..."
Elind Christianity vs. Christendom?
Browse Our Archives
get the latest from
Cranach
Sign up for our newsletter
POPULAR AT PATHEOS Evangelical
1