The founding document of professional sports

On February 2, 1876, the constitution of the National Baseball League was signed.

Before that, playing a sport professionally meant that the players split the money that the fans paid to watch the game.  Amateur sports was considered far more honorable.

This founding document has been put up for sale.  (The auction referred to in the story after the jump has been postponed, due to a dispute over who currently owns it.)

From Andrew Dalton, National League’s founding constitution from 1876 to be auctioned, Associated Press:

In 1876, a group of owners and team officials gathered at a New York hotel to draft and sign the constitution that created baseball’s National League and would ultimately have ramifications far beyond the diamond.

The principles the document laid out, largely the work of Chicago White Stockings owner William Hulbert, would provide the basic model for every major team sports league in the world that followed.

The constitution is getting a public airing for the first time in more than a century when it’s put up for sale by SCP Auctions of Laguna Niguel, California, starting Wednesday.

It offers a glimpse into a time when nearly half the teams in the league had “stockings” in their names, 50 cents for a ticket was considered a steep price, and getting paid to play sports was deemed dirty. . . .

On Feb. 2, 1876, in a meeting at the Grand Central Hotel in New York that included other early baseball luminaries like Harry Wright and Al Spalding, the new constitution of the National League of Professional Base Ball Clubs was drafted and signed.

It listed on its opening page its central principles, including:

— “To encourage, foster and elevate the game of base ball.”

— “To enact and enforce proper rules for the exhibition and conduct of the game.”

— “To make base ball playing respectable and honorable.”

But it did something far more revolutionary in sports. It created a strict division between capital and labor. Owners and their officers ran the business end, and paid wages to the players.

“Hulbert was a genius in the model he created with the National League,” Thorn said. “It is this model that gave birth to every professional sports league that followed, from football to basketball to European football. Professional sports teams owe everything to Hulbert.” 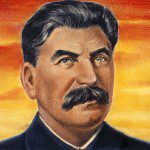 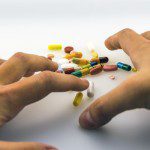 June 1, 2017 Five sentences that killed 200,000 Americans
Recent Comments
0 | Leave a Comment
"I would say we should adapt more of his non-Lord Of The Rings work but ..."
92JazzQueen . The Mystery of Tom Bombadil
"Congratulations!May you live to 100!"
sg Three Score Years and Ten
"If Prohibition taught us anything, it's that absolutely nothing can sit for long between a ..."
axelbeingcivil Three Score Years and Ten
"Not gonna lie, this certainly isn't the reason we publish those books--they're very much aimed ..."
tODD Three Score Years and Ten
Browse Our Archives
get the latest updates from
Cranach
and the Patheos
Evangelical
Channel
POPULAR AT PATHEOS Evangelical
1