The scholastic theology of the Middle Ages was very much in thrall to the philosophy of Aristotle.  One of the themes of the Reformation was to move away from Aristotelian thought in favor of the Hebraic thought of the Bible.  But already in the Middle Ages, Aristotle had his critics.  In 1277, the Pope asked the Bishop of Paris, Etienne Tempier, to look into reports that some of the faculty members at the University of Paris were taking Aristotelianism way too far.  So Tempier studied the matter and came up with a list of 219 propositions in Aristotle that were heretical.  Any professor teaching them would be excommunicated and would lose his position.

Church-imposed censorship of the free inquiry and the untrammeled life of the mind that are at the heart of the university!  So some would consider it.  But a line of research today, detailed in the article linked after the jump, argues that Tempier’s list had the effect of liberating Western thought from Aristotle’s scientific teachings.  And this, in turn, was an important factor in the rise of modern science.

One of the teachings that Bishop Tempier condemned was the notion of Aristotle’s that only one universe is possible.  Tempier said that this denies God’s omnipotence.  If God wanted to, He could create any number of separate universes.

This led to other theologians speculating as to how that might, in fact, be the case.  And how those universes would also be inhabited with different forms of life.  All anticipating today’s multi-universe theories and speculation about alien life and civilizations.

Sarah Laskow tells this fascinating tale at Atlas Obscura, quoted and linked after the jump.

Yes, multi-universe theories are nothing new.  Milton alludes to them.  As I understand it, Mormons believe that those who get to go to Heaven will become gods of their own universe.  But the difference between the difference between what William of Ware and Nicholas of Cusa were speculating about and many of today’s multi-universe theories is that the latter hinge not on God’s creativity but on all possibilities being realized from our universe.

I may not have that right.  (Someone who knows, please correct me.)  But my impression is that the Christian versions of this theory hold that God could and might have created multiple universes, whereas the postmodern versions have human or random actions bringing them into existence.

But read what Sarah Laskow has to say on the subject. . . .

Among the ideas that Tempier condemned was a principle of Aristotelian thought that held that the “first cause” (or, as medieval scholars would have said, God) could not have made more than one world. The logic went something like this: Earth was among the world’s four key elements, and one of its principles was that it moved towards the center of the world. If there were a neighboring world to ours, though, with earth at its center, that earth wouldn’t be moving towards the center of our world. Since that violated the rules of how earth behaved, there could only be one world.

To Tempier, though, this idea went against a key theological principle: God was all-powerful and could accomplish whatever he willed. Since there couldn’t be limits on God’s power, there could be multiple worlds, if he wanted to make them.

Some medieval thinkers took this as a challenge. “Immediately they started to say, ‘Let’s look harder at what Aristotle said,’” says Clemens. They started to look more closely, for instance, at previous Aramaic comments on Aristotle and considered what else might be possible. “They found new ideas that were outside the bounds of the Aristotelian physics of the day,” Clemens says.

A later scholar, William of Ware, developed this idea further. What did it mean to talk about another world, he wondered? He didn’t think it was possible to have two neighboring universes: by definition, the universe should include all the creatures ever made. So how could there be more than one? He argued instead that multiple worlds would have to be entirely separate, with no way of interacting—what today we might think of as parallel universes.

“That’s the way we think of multiverses today,” Clemens says in his talk. “We think, in the modern parlance, that they’re causally disconnected spaces that cannot interact.”

By the 15th century, medieval ideas about the universe had spun far from Aristotle’s idea of a single world, with earth concentrating at the center. The theologian and astronomer Nicholas of Cusa, who lived from 1401 to 1464, believed that if you were able to leave the earth, you would find multiple luminous bodies existing alongside our own world—far-off stars, planets, and moons. He even went so far as to imagine that these planets might be inhabited: he thought the sun might have bright, intellectual inhabitants, whereas the moon might have a “lunatic” population. This was still about a century before Galileo would famously reject the idea of a geocentric world and put the sun in the middle of the universe.

Illustration of Schrödinger’s Cat, many worlds interpretation, with universe branching, by Christian Schirm (Own work) [CC0], via Wikimedia Commons 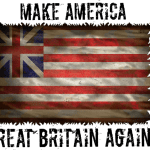 July 11, 2017
Why it was good that we broke away from Britain
Next Post 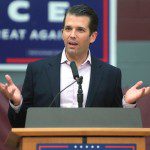 July 12, 2017 A smoking gun?
Recent Comments
0 | Leave a Comment
Browse Our Archives
get the latest updates from
Cranach
and the Patheos
Evangelical
Channel
POPULAR AT PATHEOS Evangelical
1