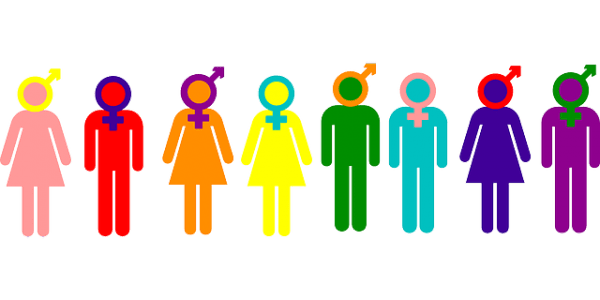 Two geographers have written an academic article arguing that scholars should not cite research by so many experts who are “white, male, able-bodied, economically privileged, heterosexual, and cisgendered [meaning someone whose gender identity is the same as the sex they were born with].

To footnote such people contributes to the “system of oppression” known as “heteromasculinism.”

It is true that in the academic world it helps a scholar’s career the more often he or she is cited by other scholarship.  These authors say that scholars should promote the work of women, gays, racial minorities, and trangendered individuals by quoting them and citing them in footnotes.

Here is my question:  How are we supposed to know?

Scholarly articles don’t give the sexual preference of their authors.  Or their race or preferred gender identity.  The APA stylesheet, in an effort presumably to prevent discrimination against women, already forbids the use of first names.  Instead, you give the person’s initials.

A field like geography, in which the authors of this article are working, involves objective research about objective places.  Say a graduate student is writing a dissertation about glaciers in Antarctica.  What if not enough transgendered geographers have been publishing on that topic?What if mostly white men have been spending time in that cold terrain and gathering the most relevant research?

Is the research topic now to be less important now than the private lives of the researchers?  Should style sheets now include identity markers?  And what would those look like in a bibliography?

Maybe there should be an asterisk with that second reference, or a notation:  Do not use.  Actually, the publishers shouldn’t even print or peer review a book or a study by a white male scholar, since no one should refer to it, lest they contribute to “heteromasculinism.”

From Kristine Phillips, Why these professors are warning against promoting the work of straight, white men – The Washington Post:

Academics and scholars must be mindful about using research done by only straight, white men, according to two scientists who argued that it oppresses diverse voices and bolsters the status of already privileged and established white male scholars.

Geographers Carrie Mott and Daniel Cockayne argued in a recent paper that doing so also perpetuates what they call “white heteromasculinism,” which they defined as a “system of oppression” that benefits only those who are “white, male, able-bodied, economically privileged, heterosexual, and cisgendered.” (Cisgendered describes people whose gender identity matches their birth sex.)

Mott, a professor at Rutgers University in New Jersey, and Cockayne, who teaches at the University of Waterloo in Ontario, argued that scholars or researchers disproportionately cite the work of white men, thereby unfairly adding credence to the body of knowledge they offer while ignoring the voices of other groups, like women and black male academics. Although citation seems like a mundane practice, the feminist professors argue that citing someone’s work has implications on his or her ability to be hired, get promoted and obtain tenured status, among others.

“This important research has drawn direct attention to the continued underrepresentation and marginalization of women, people of color. … To cite narrowly, to only cite white men … or to only cite established scholars, does a disservice not only to researchers and writers who are othered by white heteromasculinism …,” they wrote in the paper published recently in the journal Gender, Place and Culture. 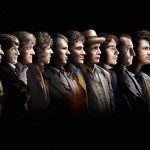 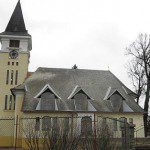