The World Communion of Reformed Churches–an association of liberal Calvinists–has signed on to the Joint Declaration on Justification, an accord between the Roman Catholic Church and liberal Lutherans.

The World Methodist Council has also agreed with the document.  The Anglican Communion is expected to do so in a later meeting.

We Confessional Lutherans in the Lutheran Church Missouri Synod, The Wisconsin Evangelical Lutheran Synod, and the Evangelical Lutheran Synod, as well as some other smaller church bodies in that tradition, do not agree with the Joint Declaration.  (And I’m sure the Confessional Reformed folks in the Presbyterian Church in America, the Orthodox Presbyterians, and other conservative church bodies do not agree with what the WCRC does in the name of being “Reformed.”)

One criticism is that both sides have agreed to use the same language, while meaning different things with that language.  That is not agreement.  Also the accord confuses justification and sanctification, accepting the Roman Catholic understanding that since faith produces good works, we end up being saved by our good works after all.

But the World Communion of Reformed Churches did something else earth-shaking at their meeting in Wittenberg.  They signed an accord with the Lutheran World Federation (the organization of liberal and state church Lutherans) that states, in the words of a news report, “that nothing theological separated the Reformed and Lutheran churches.”

Nothing theological separates Lutherans from Reformed!  There are NO differences between the two on Christ’s presence in Holy Communion? Double-predestination?  The theology of worship?

One wonders which side gave up their distinctive beliefs.  The answer, of course, is that with liberal theology there are not really any distinctive supernatural beliefs, so that the ideology of Ecumenism trumps everything.

If there are no longer any differences, the Lutheran World Federation and the World Communion of Reformed Churches should merge–the accord encouraged them to stop meeting separately but to meet jointly–and cease using the “Lutheran” or the “Reformed” label.

In fact, if they both agree with Rome on the main issue of the Reformation, they should all join the Roman Catholic Church.

Amid ceremonies this year marking the 500th anniversary of the Reformation, one of Protestantism’s leading branches has officially said it now agrees with the Vatican on the main issue at the root of its split from the Roman Catholic Church half a millennium ago.

The World Communion of Reformed Churches, holding its once-in-seven-years worldwide General Council in Germany, signed a declaration this week endorsing the 1999 Catholic-Lutheran agreement on how Christians might be worthy of salvation in the eyes of God. . . .

This decision by the WCRC — representing 80 million members of Congregational, Presbyterian, Reformed, United, Uniting and Waldensian churches — marked another step in a gradual but remarkable reconciliation on this issue among Christians who once fought wars and declared each other heretics over just such questions.

The World Methodist Council formally endorsed the Catholic-Lutheran accord, known as the Joint Declaration on the Doctrine of Justification, in 2006. The Anglican Communion is expected to do the same later this year. . . .

A second document signed at the prayer service, called the Wittenberg Witness, might bear fruit sooner because it was concluded only between the WCRC and the Lutheran World Federation.

It stated that nothing theological separated the Reformed and Lutheran churches and both sides should do their best to promote unity, from their worldwide institutions right down to the local level. 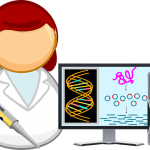 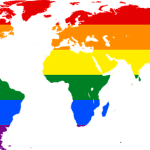 July 10, 2017 Jewish school in UK faces closure for not teaching LGBT issues
Recent Comments
0 | Leave a Comment
Browse Our Archives
get the latest updates from
Cranach
and the Patheos
Evangelical
Channel
POPULAR AT PATHEOS Evangelical
1