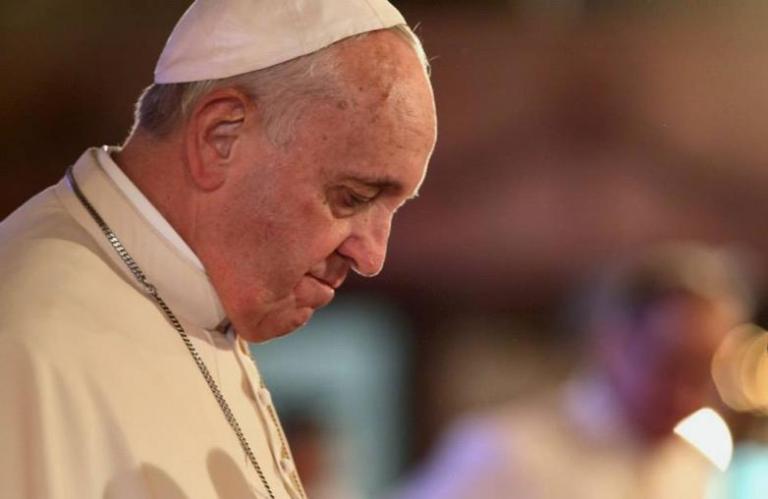 Sixty-two conservative Catholic theologians, priests, and academics have served Pope Francis with a formal document accusing him of teaching seven heresies.  Among them is the charge that the Pope is following the teachings of the “heresiarch” Martin Luther!

The document, a 25-page annotated letter, is a “filial correction” to the Pope.  This process was last used in 1333, admonishing Pope John XXII of his errors, which he later recanted.

The title of the Latin document is “Correctio filialis de haeresibus propagatis“(“A filial correction concerning the propagation of heresies).  Here is how its authors describe it:

[The document] states that the pope has, by his Apostolic Exhortation Amoris laetitia, and by other, related, words, deeds and omissions, effectively upheld 7 heretical positions about marriage, the moral life, and the reception of the sacraments, and has caused these heretical opinions to spread in the Catholic Church.

The major concern of the signers has to do with the Pope’s openness to allowing divorced and remarried Catholics to receive the Sacrament of Holy Communion.  Though the Pope has not changed church teaching forbidding it, he has indicated that he favors allowing bishops to allow this under individual circumstances.  To the signers, though, this is enough to charge the Pope with violating Catholic teachings about marriage and the sacrament.

But the most extraordinary charge in the document is that the Pope is, in effect, a Lutheran!  The seventh alleged heresy that the document charges the Pope of committing begins by expressing concern with the Pope’s kind words about Martin Luther on the 500th anniversary year of the Reformation.  It then goes on to examine what the Pope says in his marriage writings and other teachings.

The “filial correction” says that Pope Francis is following the arch-heretic Luther, emulating his teachings about marriage, the two kingdoms, who should take the sacrament, the distinction between Law and Gospel, the effects of Christ’s atoning work on the Cross, and justification by faith!

You have got to read this section.  The document is copyrighted, so I can’t copy it, but read the English translation of the document.  The charge of Lutheranism is on pp. 12-16.

I tend to have sympathy with the conservative side of theological controversies, though not on this issue.  The sacrament is given specifically to sinners for the forgiveness of their sins (Matthew 26:28), and is not to be reserved only for those in a state of moral perfection. But that is one of the “Lutheran” teachings that Pope Francis has approximated and which the signers consider heretical.

But I still have sympathy for those who wrote and signed this letter.  Conservative Catholics, almost by definition, revere and obey the papacy.  To come to the conviction that the Pope is teaching heresy must be agonizing.

To believe that the Pope has violated the teachings of the Church Universal, that the papacy is not the protector of orthodoxy as has been assumed but a means of introducing innovative and problematic doctrines into the Church, can be a traumatic realization.  And to take a stand on this conviction shows great integrity and courage.

The signers may consider Luther to be a heretic.  But at least they know now how he felt. 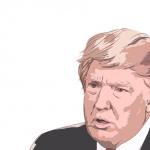 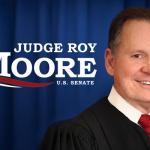