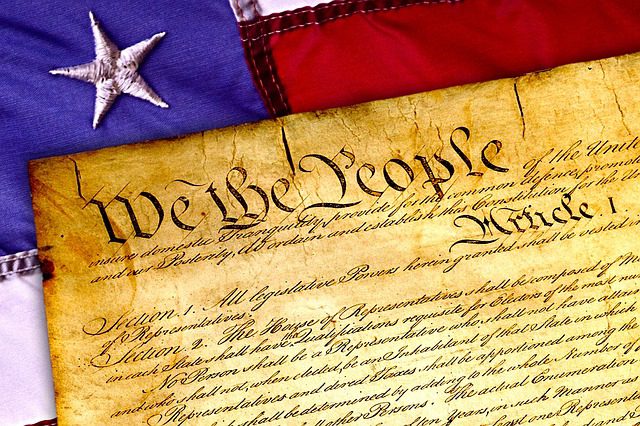 Democracies require a certain level of civic knowledge and understanding so that citizens can effectively govern themselves.  But today a plague of ignorance threatens our liberties.

Cal Thomas writes about two studies that show a monumental ignorance on the part of Americans of the Constitution and the Bill of Rights.

A poll by the  Annenberg Public Policy Center found that 37% of Americans surveyed could not name any of their First Amendment rights.

(For the record, here is the First Amendment:  “Congress shall make no law respecting an establishment of religion, or prohibiting the free exercise thereof; or abridging the freedom of speech, or of the press; or the right of the people peaceably to assemble, and to petition the Government for a redress of grievances.”  The study apparently didn’t ask about the Second Amendment, the right to keep and bear arms.)

What’s more, 33% could not name any of the three branches of government.

Only 26% could name all three branches (legislative, executive, judicial).

A 2015 study by the Newseum Institute showed similar ignorance:

These numbers from two years ago are actually slightly better than what we see in the Annenberg study of 2017.  Which tells us that the plague of ignorance is actually getting worse!

Protecting the rights guaranteed by the Constitution presupposes that we know what they are. The fact that many don’t is worrisome. . . .These results emphasize the need for high-quality civics education in the schools and for press reporting that underscores the existence of constitutional principles.

As Thomas Jefferson said, “If a nation expects to be ignorant and free in a state of civilization, it expects what never was and never will be” (Letter to Charles Yancey, January 6, 1816).

I can’t resist the obligatory “in my day. . .” rant:  When I was in school, we not only studied civics, we studied “Americanism.”  That was when the United States was locked in the Cold War conflict with Communism.  That was at heart an ideological conflict.  Educators drew out an “American” ideology–based on the Declaration of Independence, the Constitution, the founders’ thinking, and American history and culture–which was contrasted with what the Communists were teaching.

But that has given way in our public schools to civics and social study classes to oppression studies and to making villages with popsicle sticks.

The American founders promoted a “liberal education” (liberal meaning “free,” an education pioneered by the Greeks and Romans that would equip free citizens, as opposed to the “servile education” given to slaves).

The citizens of a free nation, so reasoned the founders, need to understand civic affairs, have the ability to think through policy options, and have the moral capacity to make informed decisions.  Also to steel them from rhetorical manipulation and to discipline them from simply following their political passions.  They need an education that equips citizens for freedom.

This remains at the heart of today’s “classical education” movement, one of the few educational reform projects that is actually working.  The revival of classical education in Christian schools, homeschools, online schools, and even some charter schools (see what some Lutheran schools are doing here) can counter what seems to be a concurrent revival of the kind of education that produces slaves. 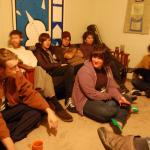 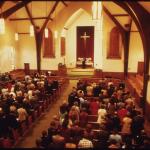 September 20, 2017 The Number of Congregations Is Growing
Recent Comments
0 | Leave a Comment
"You compose beautiful prayers, Heidi. I will add your petitions to my prayer list."
City Gal Prayer Requests
"Mennenites make toiletries, right? :)"
reg Prayer Requests
"City Gal, I am sorry to hear about this. I shall."
reg Prayer Requests
"Hispanics appear to actively dislike "Latinx," but certain elements of "enlightened progressivism" continue to use ..."
reg Newspeak for Abortion, Part 2
Browse Our Archives
Related posts from Cranach