Other Takes on the Reformation

Other Takes on the Reformation October 31, 2017 Gene Veith 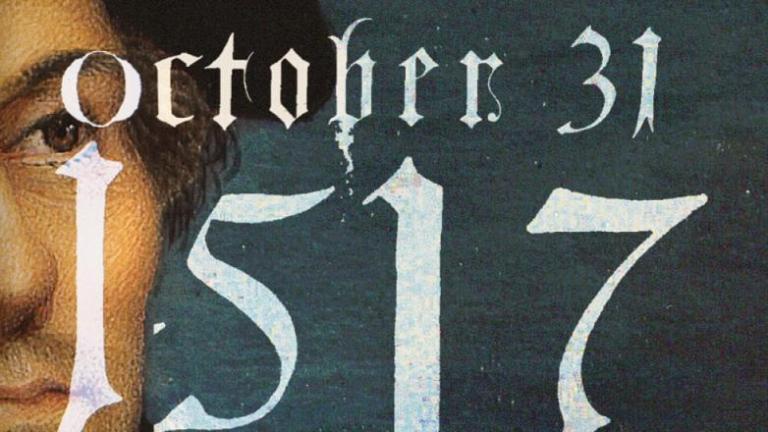 The 500th Anniversary of the Reformation–which is today–has received an extraordinary amount of attention.  As we have been discussing, some of it is way off base and some of it is insightful.  Then there are the analyses that come from such a different angle that they show facets of the Reformation that I, at least, never thought of.  Not that those new thoughts are necessarily valid.  Here are a few of that sort.

The Catholic south, they say, is hierarchical, is oriented towards intermediaries, and is theatrical.  The Protestant north, on the other hand, puts “a premium on direct links, strong local cohesion, autonomy, and self-reliance.”

These differences, they say, broke out in the Reformation. “The discussions surrounding the elimination of the Mass similarly revealed a fundamental cultural opposition: between the religious ostentation of the Roman liturgy, which theatrically separates the world in actors and spectators, and a more integrated Germanic culture assuming a more unitary, egalitarian space.”

Furthermore, according to these authors, these differences still characterize Europe today and are a source of conflicts within the European Union.

(So how does this apply to the vast number of German Catholics?)

How the Reformation influenced Judaism.  Rabbi Jefffrey Salkin says Mazel tov to my Protestant friends! on the occasion of the Reformation.  He decries Luther’s anti-Jewish screed, “On the Jews and Their Lies” and the use the Nazis made of it.  Nevertheless, he says, Luther’s legacy and that of the Reformation put into motion ideas that would be good for the Jews, including religious liberty.

He also said that Reformed Judaism took its shape from German Lutheranism.  “A choir; beautiful organ music in the synagogue; families sitting together; a sermon given in German; rabbis and cantors wearing black robes; even confirmation – all of these were the gifts of German Lutheranism to Judaism.”

Rabbi Salkin concludes, “Had there been no Reformation, there would have been no Reform Judaism.  And no Conservative or Reconstructionist Judaism, either.”

(See Luther’s earlier defense of the Jews, That Jesus Christ Was Born a Jew [1523]).

All true reform in the Church is by reference to what is deepest in the Church: the “form” or constitution, which I use in its British, not American, sense, given to the Church by Christ the Lord. That deep “form” is the root from which the disfigurement of the Church can be transformed into renewal and reform.

Authentic Christian reform, in other words, is not a matter of human cleverness, and still less of human willfulness. If the Church is willed by Christ and empowered by the Holy Spirit, then authentic reform means recovering – making a source of renewal – some aspect or other of the Church’s “form” that has been lost, marred, misconceived, or even forgotten. Authentic reform means reaching back and bringing into the future something that has been lost in the Church’s present. Authentic ecclesial reform is always re-form.

Weigel gives as an example of “re-forming” the Church the change from the view that “error has no rights”–which included the use of violence to punish those in “error”–to the Declaration of Religious Freedom from Vatican II.

He says that the ultimate “form” or essence of Christianity is to be found in the person of Christ.

(Luther would certainly agree to this understanding of “reformation.”  The “deep form” that had been disfigured that Luther was trying to renew was, indeed, Christ, and the work of Christ for sinners.  That is, the Gospel.) 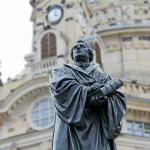 October 30, 2017
How Lutherans View the Reformation Differently
Next Post 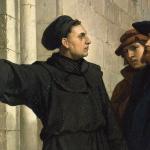