How Lutherans View the Reformation Differently 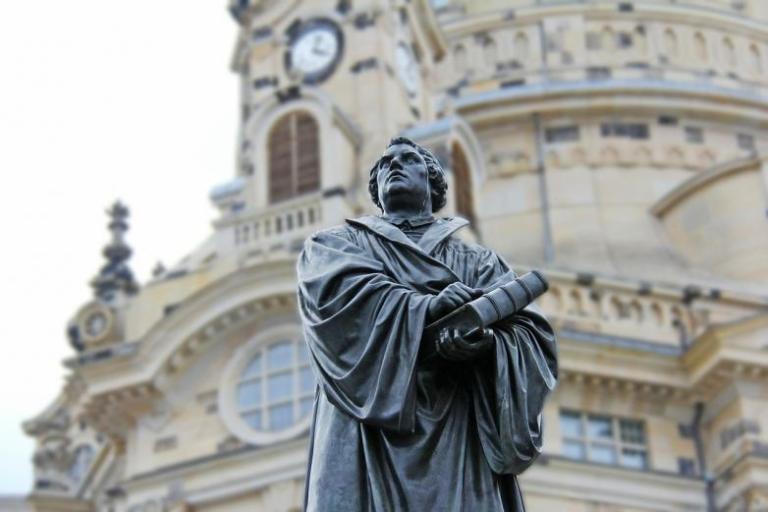 Some of my fellow Lutherans are sick to death of all of the hype around the 500th Anniversary of the Reformation, which is tomorrow.  They read all of the media coverage and internet posts and see so many different versions of Luther’s contributions and the results of the Reformation that they can scarcely recognize.  This is because Lutherans have a distinctive take on the Reformation, one that is different from that of both secularists and other Christians.

As a public service and in honor of the anniversary tomorrow, I will list some of the Lutheran differences when it comes to understanding the Reformation.

I.  Reforming the church is not the same as starting a new church.  There is a difference between fixing up a house that has fallen into disrepair and tearing down the house and building a new one.  For Lutherans, the “Reformation,” as the word implies, meant reforming things that had gone wrong in the church.  Later Protestants threw out virtually everything from the medieval church and started new churches from scratch.

Thus, Lutheran worship took the liturgy and removed prayers to the saints, references to Purgatory, and other elements that pointed away from Christ.  But most of the liturgy remained.  There was nothing wrong with the creeds.  Or the introit Psalm.  Or liturgical set-pieces like the Gloria in Excelsis or the hymn to the “Lamb of God that taketh away the sins of the world.”  Later Protestants threw out the entire historic liturgy, coming up with completely new approaches to worship.  These Protestants typically claimed that “Luther didn’t go far enough” and that “Lutherans are too Catholic.”  But the difference is between “reformation” and “demolition.”

II.  Luther didn’t split the church.  The pope did.  Luther is credited or blamed for splitting what was once a unified Christian church.  When Luther posted his 95 theses, he was drawing attention to clear abuses, financial corruption, and theological confusion.  That his complaints were valid is demonstrated by the Roman Catholic church eventually changing the specific practices to which Luther was originally objecting.  True, one issue led to another.  The only way Luther’s objections could be defended was by saying the indulgence sales had the pope’s authority.  To which Luther countered that the authority of the Bible was greater.  Indulgences also raised issues about salvation–do Christians need to be punished in Purgatory for sins that have been forgiven?–and the meaning of God’s grace and Christ’s atonement.

But at first the issue was the sale of indulgences.  Pope Leo X, who had a financial interest in the sale, responded to Luther’s objections not by thoughtfully considering them or assigning theologians to study the issue, but by excommunicating Luther and those who agreed with him.

What were Luther and the Lutherans to do then?  Stop worshipping?  They set up ecclesiastical structures separate from the pope’s authority.  But the excommunication is what split the unified church.  Luther and company were happy to remain in the church, but they were thrown out.

This was not the first time the pope split the church.  He did it earlier in the “Great Schism” of 1054, in which the Eastern church (which would go by the name of “Orthodox”) and the Western church (which would go by the name of “Catholic”) went their separate ways.  The different issues came together in the Bishop of Rome’s extraordinary powers and authority that he was claiming for himself, which were unknown in the early church.  Ever since then, the Orthodox have been pope-less, a precedent that the Lutherans pointed to.

III.  The Bible wasn’t translated so that individuals could interpret it for themselves.  I once heard the Lutheran theologian David Jay Webber comment that “Lutherans resist interpretation.”  You don’t read the Bible so that you can make up your own theology.  You read the Bible for a confrontation with God.  Today’s charismatics and Pentecostals look for a direct experience with the Holy Spirit, which they construe as indwelling the believer and then bubbling up in supernatural gifts.  Lutherans believe the Holy Spirit comes from the outside, and that you can experience Him and receive His gifts of faith and sanctification by reading or hearing God’s Word.

The Lutheran idea of Christianity is not individualistic, private, interior, or churchless.  The doctrines of Christianity are drawn from the Bible–which Lutherans refuse to turn into a rationalistic, paradox-free system–but these are confessed by the church and are not subject to individual interpretation.

IV.  The Reformation did not replace Sacramental Christianity.  Luther’s Reformation was about strengthening sacramental Christianity.  Baptism does not just wash away original sin and the sins committed before Baptism, after which you must resort to the rite of penitence ; rather, in the words of George Herbert, Baptism “measures all my time.”  Lutherans retained confession and absolution, not as a separate sacrament, but as a function of Baptism, since sins are forgiven using the Baptismal formula, “in the name of the Father, Son, and Holy Spirit.”  Furthermore, sins that have been forgiven do not require “temporal punishment” in Purgatory.  To Lutheran Reformers, Holy Communion is not a new sacrifice of Christ, to be received only by those who have been shriven of their sins and are in a state of purity; rather, it is Christ giving His Body and His blood “for you,” to the sinner, for remission of sins.  Lutheran Reformers did not see marriage as a sacrament, but as a vocation, open to all, including priests and nuns.  It is most emphatically not an inferior path for the less spiritual, as it was taken in the medieval church.

The efficacious Word of  God, added to a visible element, is what makes a Sacrament.  And the Word and the Sacraments create, sustain, and nourish faith in Jesus Christ.  And faith in Christ–His person, His perfect life, His atoning death, and His resurrection–is the means of our justification.

Are there other distinctly Lutheran understandings of the Reformation? 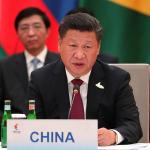 October 30, 2017
China’s Communists Plan to Replace the U.S. as the World's Superpower
Next Post 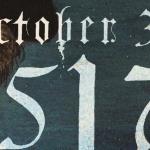