Why Leftists Are Now Silencing Liberals 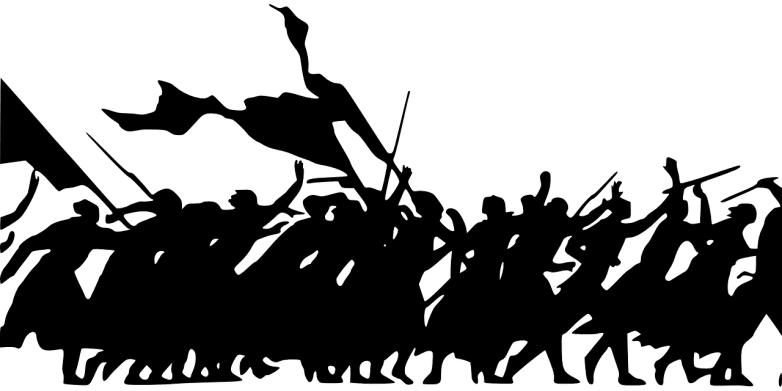 Campus leftists have long been silencing conservative speakers.  Now they have started to silence liberal speakers.  Students at William & Mary shouted down and forced the cancellation of a speech by an official of the American Civil Liberties Union.  The incident is a reminder that hardcore leftists, by their own admission, don’t believe in civil liberties, free speech, or freedom in general, which they deride as “liberal bourgeois values.”

Last month, Claire Gastañaga, executive director of the Virginia chapter of the American Civil Liberties Union, was invited to speak at her alma mater on the topic “Free Speech on Campus.”  She was met by hordes of students interrupting her presentation in the name of Black Lives Matter, though a look at the video of the event shows that most of the protesters were white.  (See this for details about the event, including a video.)

Here are some of the protesters’s chants and signs:

“The revolution will not uphold the constitution.”

“ACLU, you protect Hitler, too.”

“The oppressed are not impressed.”

The protesters successfully shut down the speech, then went so far as to physically prevent students from so much as going up to talk to Gastañaga, afterwards driving everyone else away.

The protesters were objecting to the ACLU’s practice of defending unpopular speech, including that of klansmen and neo-Nazis.  The impeccably liberal ACLU holds to the belief that the First Amendment guarantee of free speech applies even to klansmen and neo-Nazis, who have certain “human rights” and so are entitled to civil liberties.

But being liberal is not enough.  “Liberalism is white supremacy.”  And the protesters repudiate the notion of constitutional rights.  “The revolution will not uphold the constitution.”

Radical leftists do not believe in free speech.  They just don’t. Earnest appeals to the academic principle of the free exchange of ideas carry no weight with these people.  Invocations of academic freedom are enlightened, idealistic, and liberal.  But radical leftists are not liberal.

This is not an accusation against leftists.  This is what their ideology teaches them.

According to Marxism and the currently dominant Neo-Marxism (in which the oppression of other collective groups–such as racial minorities, women, homosexuals, etc.–take the place of Marx’s emphasis on economic classes), the bourgeois revolution overthrew the medieval feudal system.  The rise of the middle class (the French word for which is “bourgeoisie”) enshrined the values of individualism, equality, democracy, freedom, human rights, and “bourgeois morality.”  These ideas, which benefited bourgeois capitalists, came about through specific revolutions:  the French Revolution, the American Revolution, and (interestingly) the Reformation.  Relics of this revolution include the U.S. Constitution. Protestant churches, the nuclear family, etc.

But the bourgeois order is also oppressive.  Marx condemned the property-owning class for oppressing the working class.  Neo-Marxists, who share his hatred of capitalism, also object to men oppressing women, whites oppressing blacks, and heterosexuals oppressing gays.  The new revolution will overthrow the bourgeois order with all of its values, putting into power those who are currently “marginalized.”

Free speech, freedom of religion, civil liberties, democracy, the Constitution, human rights, etc., will have no place in the new social order.

Meanwhile, in the current revolutionary struggle, the bourgeois values are to be resisted, subverted, and overthrown.  In the struggle, you support your faction, attacking your collectivist enemies with any means necessary.

Political and social “liberals” are part of the bourgeois order.  Such progressives may be “fellow-travellers” with the radicals, to a certain extent.  They may show a degree of sympathy to the oppressed.  But, as every Marxist revolution has shown, they too will eventually be liquidated.

This is why Marxist regimes–such as the Soviet Union, East Germany, Cuba, China–did not allow free speech or freedom of any kind.  They were seeking to create a collective kind of existence, in which individuals find their fulfillment in identification with the group they belong to (a tenet of Marxism fulfilled to an even greater extent with Neo-Marxism).

And this is why Leftists today, as seen in their safe havens on university campuses but also in their increasingly common political demonstrations, are quite willing to shut down the opposition by shouting down speakers and even committing violence.

Meanwhile, liberals–who may feel sympathy with the radicals and even be enticed to join their ranks–will also sooner or later find themselves targeted. 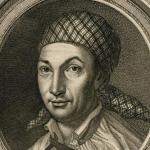 October 13, 2017
The Greatest Critic of Both Modernism & Postmodernism
Next Post 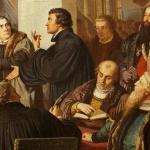