A Solution to the Pronoun Problem

A Solution to the Pronoun Problem December 20, 2017 Gene Veith 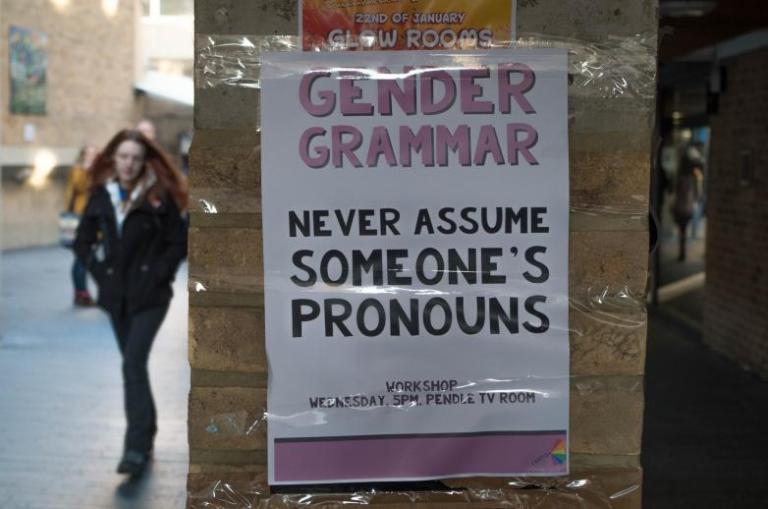 So far, the only solutions have been ungrammatical, awkward, or counter to the way language is actually used.

The old rule was that when the noun is of indeterminate gender, just use masculine pronouns.  “Every American should be proud of his country.”  But today that sounds sexist, excluding female Americans.  So we have, “Every American should be proud of his or her country.”  That is correct, but awkward, especially if the paragraph keeps going.  (“He or she should also be sure to vote for the candidate of his or her choice. . . .”)

Some say that we should disregard the rule that pronouns should agree in number with the nouns they refer to, using the plural pronouns, which are not marked for gender, for a singular meaning.  “Every American should be proud of their country.” We are hearing this more and more, which suggests that it is catching on.  (The best way to revise that kind of sentence takes advantage of the fact that open-ended nouns can often be turned into generalized plurals.  So make  both the noun and the pronoun plural:  “All Americans should be proud of their country.”)

Some people are currently proposing entirely new pronouns, which they have made up:  ne, ve, ze, xe, etc.  (See The Need for a Gender-Neutral Pronoun.)

Issues with grammatical gender are made even more complicated in light of transgenderism, in which gender is disconnected from biological sex, said to be a matter of self-identification, and multiplied into countless “non-binary” categories.  (See this discussion of  transgender pronouns.)

The problem with just making up new pronouns is that language does not work that way.  Language is a cultural construction, not an individual construction.  You can make up a new word, but it will not become part of the language unless it becomes understood and used by the whole range of English users.  (Maybe not everybody, but more than just your friends or your fellow ideologues.)  Language change cannot be dictated or legislated.  It has to happen organically, how ordinary people actually use the language.

Not that I myself approve of all of these changes, but I have noticed two:  People really are drawing away in their everyday speech from the masculine pronoun used for indeterminate gender.  And they are actually using “they” as a singular.

But today, within ten minutes on the internet, without looking for them, I came across TWO examples of another alternative.

A wire service from India has the following headline:   ‘One doesn’t have to abandon its religion to become Hindu’.

The story is about a Hindu nationalist who insists that Muslims too can be Hindus without giving up their Islamic identity.  This may reflect a new approach to ecumenism–broaden the definition of your religion to include everyone.  We almost have that in liberal Christianity.

But what is notable here is the use of “it” to refer to “one.”  The noun and the pronoun agree in number.  They are both singular. And there is no gender problem.  “One” is indeterminate but “it” has no gender!

“It” has no gender because it is the “impersonal pronoun.”  It refers to “things,” not “people.”

But we treat people as objects.  Transhumanism teaches the union of human beings with machines.  To call a human being “it” makes a certain kind of sense in contemporary culture.  If persons exist in genders, why not eliminate personhood along with the gender?

We might dismiss the example from India as an example of a mistake from someone whose first language is not English.  Though people from India actually tend to speak English extremely well.  But, in literally minutes after I read about the Hindu Muslims, I saw another example of the same usage.

This was in a “Did You Know?” box that comes from a widget you can put on your website that offers interesting trivia to attract attention to the advertising.  One of the factoids included this sentence:

“The Pig War was an 1859 conflict between the UK and the US prompted by an American shooting an Irish pig for eating its potatoes.”

Here “it” refers to “an American.”  The pig was eating the American’s potatoes.  But we don’t know whether the American pig-owner was a man or a woman.  The sentence might have used “his or her” or “their”:  “. . .an American shooting an Irish pig for eating their potatoes.”  But instead the writer uses “its.”

The impersonal pronoun is used to stand for a collective noun of indeterminate gender.

Have any of the rest of you seen this usage?  If you know of other examples or have come across anyone intentionally recommending this innovation, please tell about them in the comments.

This could be a fluke or a passing affectation that will not catch on. (Maybe this is a phenomenon of India English.  Perhaps the “Did You Know?” widget also comes from India.  Can anyone speak to that?)  Or we may be witnessing the very early states of a shift in English grammar.

I hasten to say that I am not approving of these grammatical gymnastics, nor of the cultural developments that give rise to them.  But I offer this post in the spirit of linguistic research. 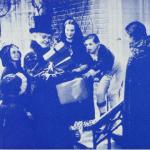 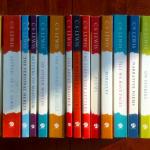 December 20, 2017 The Newly Discovered "Christmas Sermon for Pagans" by C. S. Lewis
Recent Comments
0 | Leave a Comment
Browse Our Archives
get the latest updates from
Cranach
and the Patheos
Evangelical
Channel
POPULAR AT PATHEOS Evangelical
1