In an article for Christianity Today entitled Christmas and Cricket: Rediscovering Two Lost C. S. Lewis Articles After 70 Years, she summarizes the two articles that were published in The Strand in the late 1940s.  Because that magazine was not indexed until 1983, which was after the standard Lewis bibliographies had been compiled, they were not included in bibliographies or collections of his works.

Dr. Derrick says of the Christmas essay that the editor of The Strand gave Lewis the topic of preaching about Christmas to modern “pagans.”  But Lewis, as he does elsewhere, pointed out the difference between modern day secularists and actual pagans.

Lewis proceeded to use his Christmas “sermon” as an occasion to draw distinctions between the true Pagans or Heathens of old—“the backward people in the remote districts who had not yet been converted, who were still pre-Christian”—and modern people in Britain who have ceased to be Christians, who are sometimes referred to as “pagans.” To confuse these categories, Lewis says, is “like thinking … a street where the houses have been knocked down is the same as a field where no house has yet been built. … Rubble, dust, broken bottles, old bedsteads and stray cats are very different from grass, thyme, clover, buttercups and a lark singing overhead.”

Real Pagans differ from post-Christians, Lewis continued, firstly in that they were actually religious: “To [the Pagan] the earth was holy, the woods and waters were alive.” Secondly, they “believed in what we now call an ‘Objective’ Right or Wrong,” that is, that “the distinction between pious and impious acts was something which existed independently of human opinions.” Finally, Pagans, unlike “post-Christian man,” had “deep sadness” because of their knowledge that they did not obey the moral code perfectly. To compensate for this shortcoming, the Pagan developed a wealth of ceremonies to “take away guilt.”

It looks to me, neighbours, as though we shall have to set about becoming true Pagans if only as a preliminary to becoming Christians. … For (in a sense) all that Christianity adds to Paganism is the cure. It confirms the old belief that in this universe we are up against Living Power: that there is a real Right and that we have failed to obey it: that existence is beautiful and terrifying. It adds a wonder of which Paganism had not distinctly heard—that the Mighty One has come down to help us, to remove our guilt, to reconcile us.

Indeed, a remedy has been provided for the “deep sadness” brought onto the world by sin. The very Pagan thing we do on December 25 of “singing and feasting because a God has been born” just may be, Lewis suggests, our “way back not only to Heaven, but to Earth too.”

This essay, “A Christmas Sermon for Pagans,” which had also been discovered by Christopher Marsh in 2015, will be published in its entirety in VII: Journal of the Marion E. Wade Center in January 2018.

Dr. Derrick also found another essay attributed to Lewis, “Cricketer’s Progress,” on the career of the famous cricket player Maurice W. Tate, turning into a reflection on the prospects for servicemen adjusting to life after the war.  This author of this piece was given as “Clive Hamilton,” which was a pseudonym sometimes used by Lewis.  But it is about sports, a topic Lewis was notoriously uninterested in!  Dr. Derrick raises questions about whether Lewis actually wrote this piece, despite the Strand indexer’s attribution to him, though she decides that Lewis is just playing with the genre of sports-writing.

At any rate, it’s good to have more C. S. Lewis, and we can receive his “Christmas Sermon” as a Christmas present. 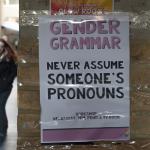 December 20, 2017
A Solution to the Pronoun Problem
Next Post 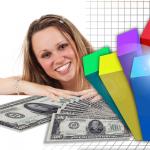 December 21, 2017 Tax Bill Passes & Will Likely Cut Your Taxes a Lot
Recent Comments
0 | Leave a Comment
"Given the tone of SK's initial comment, I thought I would respond in kind. And ..."
John Crockett Abortion and the Will to Power
"Huh. I've only played the non-computer-based Pandemic game. And, I'll be honest, I'm not really ..."
tODD Advent Teaches Us to Wait
"Oh, how could I forget Vinland and Markland! That works too: Thorvald went up the ..."
Amaryllis Abortion and the Will to Power
"It may be true that this debate has always been about human nature. However, they ..."
edwitness The Doctrine of Original Sin as ..."
Browse Our Archives
get the latest from
Cranach
Sign up for our newsletter
POPULAR AT PATHEOS Evangelical
1 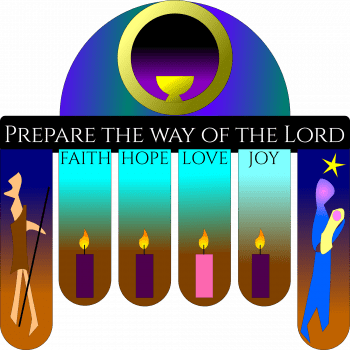