Checking Our Predictions for 2017 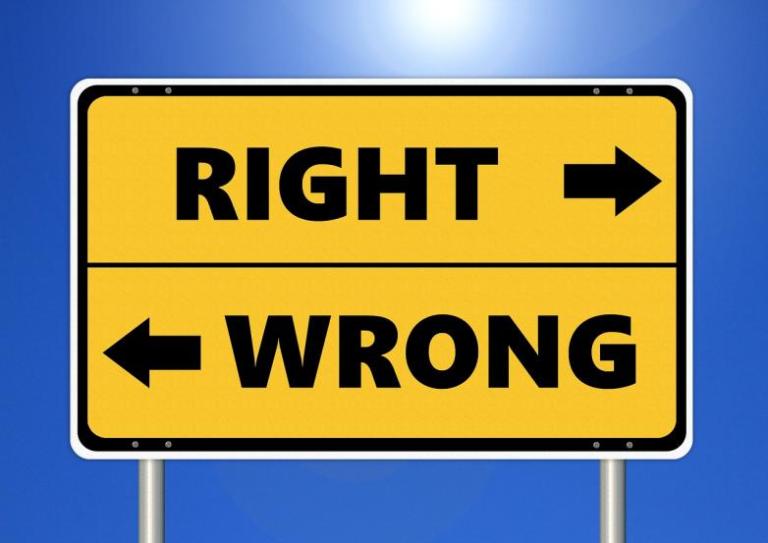 Last year at this time, Donald Trump was on the verge of taking office, the state of the economy was uncertain, and no one knew what would happen.  That didn’t keep us from making predictions!  The Year of Our Lord 2017 was tumultuous and full of surprises.  But last year’s post Make your predictions for 2017 brought forth some thoughtful predictions, which were often interesting even when they were wrong.  But one of them was startlingly spot-on.

My predictions were all wrong.  Queen Elizabeth II did not die, and Charles III did not abdicate in favor of the popular William and Kate.  The British monarchy did enjoy a surge of popularity again, but that was due to the excellent Netflix TV series The Crown.  Nor have ties gone the way of spats and derby hats.  We’ll know that time has come when news anchors and politicians stop wearing them.  Nor did Hillary Clinton divorce Bill.  So I lose.

Some of the predictions were too easy.  Sin will continue to mess things up and the Holy Spirit will continue to bring souls to Christ.  Plow Jockey’s New England will win the Super Bowl.  Setapart predicted a major earthquake, and indeed there were terrible ones in Mexico, Iran, Italy, and China.  But, as tODD commented, what year is there not a major earthquake?  Pete predicted that Mexico would not pay for the wall, but predicting what will not happen is easier than predicting what will happen!

The first prize, the consolation prize, that we will give out is for the worst prediction.  Coming close to this honor was SKJAM! who predicted that President Trump would cozy up to dictators including North Korea’s Kim Jong Un, maybe even inviting him to the White House.  Actually, the two got into a name-calling exchange and President Trump is on the verge of bombing the “Rocket Man.”

Another contender was Joe, who predicted that France would vote to leave the European Union.  Instead, France elected a new president who campaigned on supporting the European Union.  Joe was also wrong about the Pope observing the 500th anniversary of the Reformation by starting a “Lutheran ordinate,” which I believe would mean allowing Lutheran pastors to become Catholic priests without giving up their wives.  That didn’t happen.  Instead, conservative Catholics accused the Pope of being a Lutheran heretic!  (If anybody predicted that, they would not only win our contest, but I would retire the trophy.)

But the winner of the Worst Prediction prize–we won’t use the word “loser”–is Saelma, who predicted that Apple stock would crash to near 70 and the price of corn would double.  Actually, Apple now trades at $171.18 per share.  And the price of corn, which was $3.65 a bushel this time last year, has dropped to $3.50.

Quite a few of your predictions were close or partially right.  SAL thought the “Syrian civil war will end as ISIS is defeated.”  ISIS was defeated, but the Syrian civil war continues.  SAL made some other close predictions: “ESPN nearly goes bankrupt as its viewers turn it off.”  ESPN viewership has indeed plummeted, though I’m not sure it is close to bankruptcy.  “Obamacare is amended but not repealed.”  Indeed, Obamacare was not repealed–that’s actually an impressive prediction, since who would have guessed the Republican legislature couldn’t pull that off–and it was sort of amended when the Tax Bill removed the penalty for not having health insurance.

Other close predictions:  Sven2547 said that 2017 would be the hottest year on record.  Actually, Weather.com said the year is shaping up to be the second hottest.  tODD said that a region would secede from a European country.  Catalonia has come close, but hasn’t quite done so, thanks to Spain crushing the secession movement.  Carl Vehse said that within three months after taking office, Democrats would be trying to impeach President Trump or invoke the 25th Amendment (which provides for removal of a president for illness or mental incapacity).  He added, “If this does not happen, then I predict that ‘Drain-the-Swamp’ promoters, ‘Lock-her-up’ advocates, and ‘Build the wall’ backers will be demanding Trump’s impeachment.”   While the first part of the prediction happened, the swamp isn’t drained, she was not locked up, and the wall hasn’t been built; nevertheless, those advocates still seem to support Trump.

Paul Mason made a series of predictions that President Trump would not be able to do many of the things that he promised:

1. America will NOT be “great again” in 2017. Street crime will continue, 2m Mexicans will not be deported, import tariffs from China will not be 35%, NAFTA will not be torn up, the Iran nuclear deal will not be torn up.
2. TPP will not go ahead, but non-US members will conclude their own multi-lateral trade deal, and may include China.
3. Trump’s cabinet of elitist lobbyists, Goldman Sachs bankers and retired Senators and Pentagon Washington insiders will improve market conditions for Trump Corp
3. ISIS will NOT be smashed this year.

These predictions mostly came to pass–except that ISIS pretty much was smashed this year–though some of them fall into the category of predicting what did NOT happen.

Though SKJAM! was a contender for worst prediction, he was also a contender for best prediction, though he ended up being only “close.”  He predicted that at least one Trump advisor would resign due to a “horrific scandal.”  And that a “family values” conservative would be brought down in a sex scandal.  Actually, LOTS of Trump advisors have had to resign, though how “horrific” the scandal is remains to be seen, as the investigation into the Russia connections continues.  And LOTS of “family values” conservatives have been brought down by sex scandals.  Though the number of prominent cultural progressives being brought down by sex scandals appears to be even greater.  (If anyone had predicted THAT, I would have not only retired the trophy but renamed it in their honor.)

So who made the best prediction of them all?

In second place is Kerner, who said, “Economic growth for the third or fourth quarter of 2017 will hit or exceed 3.5 per cent.”  Actually, it was 3.2 per cent.  That’s really close.

But the winner of the virtual, imaginary trophy, with bragging rights, for best prediction for 2017 is stefanstackhouse.

Now in the course of a long, thoughtful discussion of American foreign relations, stefanstackhouse made lots of predictions, some of whose accuracy is yet to be determined.  Painfully ironic was the one about how Putin will welcome Trump’s presidency and how Russia and the new administration will work well together.  (Maybe I should give a prize for the funniest-in-retrospect prediction.)

But what gave stefanstackhouse the victory is his remarkably detailed and prescient forecast of China seizing and fortifying the disputed islands in the South China Sea.  Here is his prediction:

Unlike the case with Russia, a clash of strategic interests between the US and China is inevitable. Just as the US grand strategy requires that we acquire strategic depth by extending naval force across the Pacific to what the Chinese are calling “the first island chain” (from the semi-island of Korea through Japan, Taiwan, Philippines, and Indonesia), China likewise needs strategic depth out from its coastline by extending naval power at least to – and preferably beyond – this first island chain. This is where our interests clash, and if there is indeed a “Thucydides Trap” between the status quo power of the US and the rising power of China, then it is along this first island chain that the trap will be sprung. I do not see this actually happening, and a major Sino-American war beginning, in 2017. Nevertheless, I do see a high likelihood of several things happening that will bring us closer to that dire contingency.

As to the South China Sea, the Chinese are likely to continue with their aggressive moves to turn it into a Chinese lake. Only the Vietnamese are likely to seriously resist, and a small clash in the Paracel Islands in 2017 is quite probable; China is likely to assure than any such clash goes their way. The US Navy will probably try to do a few Freedom of Navigation Operations, but these are going to become increasingly tense activities, and very likely there will quietly be an adjustment to sail at a further distance from the artificial installations that the Chinese are arming in the Spratly Islands.

To be sure, the dispute between China and the other countries that claim these islands (Vietnam, Malaysia, the Philippines, Taiwan) has been going on for years.  But in 2017, China has taken this to a new level.  China has not only been occupying these islands but militarizing them.  China is also going so far as to  build new artificial islands, complete with floating nuclear plants, to serve as military bases and so to project its power in the South China Sea.

As for stefanstackhouse’s specific points, there has been a clash with Vietnam (though not a military one) and the United States Navy has launched Freedom of Navigation operations by sailing in the vicinity of those islands.  Three of them, in fact, and they have been tense.

And, as if these predictions were not enough, stefanstackhouse puts a cherry on the top of his entry by making an unrelated prediction that also proved to be exactly right:

One final note, not so US-centric: There will be elections in a number of different countries next year, but the only one I can write about with any degree of knowledge is France. Here, expect Marine LePen to not only make it into the finalist second round of voting, but also to do much better than expected – it may end up being a real squeaker, and she might even win.

The anti-immigrant candidate did make it into the finalist second round and she did do much better than expected, though she didn’t win.

So, please join me in extending congratulations to this year’s winner, stefanstackhouse!

Thanks for playing!  Come back Monday, New Year’s Day, to make your predictions for 2018! 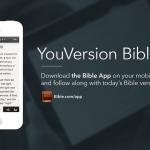 December 29, 2017
How the Word of God Is Getting Everywhere
Next Post 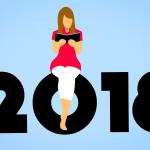 January 1, 2018 New Year's Resolutions That You Can Keep
Recent Comments
0 | Leave a Comment
Browse Our Archives
get the latest from
Cranach
Sign up for our newsletter
POPULAR AT PATHEOS Evangelical
1