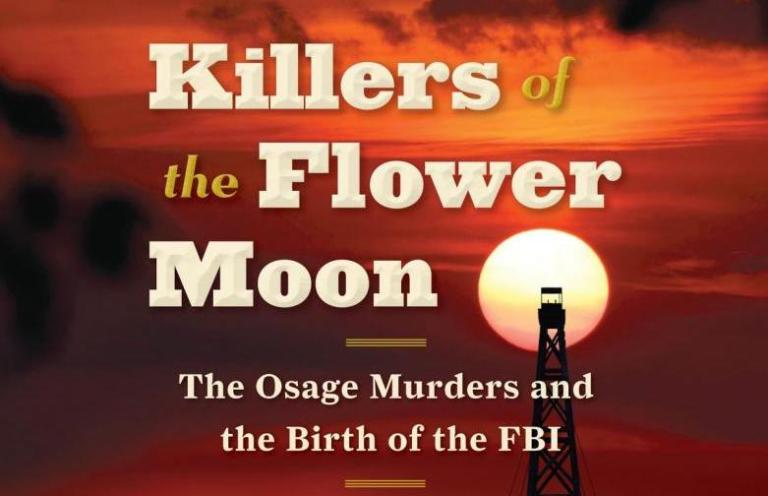 We often say of a good book that “I couldn’t put it down,” a hyperbole expressing the reader’s enjoyment.  But sometimes the expression is flatly true.  It’s been a long time since I picked up a book and read it throughout the day–while I was eating, during the normally unoccupied minutes usually spent waiting or puttering around, while I should have been attending to my responsibilities–and continuing to read it far into the night.  That was my experience with David Grann’s Killers of the Flower Moon:  The Osage Murders and the Birth of the FBI.

I’ve got to tell you about it.  But first, some context:  We now live in northern Oklahoma.  Nearby is Osage County.  We often drive through it in the course of visiting other members of our family.  I’ve blogged about it before.  It’s one of my favorite parts of the state, a place of wide-open prairie with rolling hills and ravines, a landscape right out of an old Western movie.  Today its small towns are run-down and boarded up, though Pawhuska is enjoying something of a renaissance thanks to celebrity chef Ree “Pioneer Woman” Drummond, who lives on a nearby ranch and who has opened up a destination restaurant.

The county is coterminous with the Osage Nation, the tribal reservation that now exercises its own sovereignty under a tribal government.  When they were forced out of Kansas, the Osage chose this section of Indian Territory because it seemed like the kind of place that no white men would want.  Later, in what is now Oklahoma, the reservations were divided up into individual allotments, with each member of the tribe given a section or more of land, which they could farm or sell to anyone they wished, including white settlers.  The allotment system is criticized today for breaking up the native cultures, changing the communal societies by introducing private property held by individuals, turning the tribal members into farmers and landowners just like the white settlers.  This may not have respected the native cultures, but it did much to alleviate the poverty and segregation that are rampant on Indian reservations in other states.

When the Osage negotiated the details of these new arrangements, they did something that other tribes never thought of:  They kept the mineral rights.  The allotments might be bought and sold, but anything under the ground would belong to the tribe as a whole.  And any proceeds would be divided among the members of the tribe.

And then, in the early 20th century around the time Oklahoma became a state in 1907, oil was discovered in Osage County.  At the time, one of the largest known oil deposits in the world.  The Osage oil fields would generate more wealth that all of America’s gold rushes combined.  And it belonged to the members of the tribe.  Almost overnight, they went from poverty to becoming the most wealthy people, per capita, in the world.

They moved from buffalo-skin lodges to sprawling mansions staffed by servants.  White servants.  Native women traded their buckskin clothing for designer fashions.  Some families–like that of Maria Tallchief who would become a worldclass ballerina– pursued education, international travel, and high culture. Others, though, did not really know what to do with so much money.  The story goes that some Osage would buy an automobile and, if a tire went flat, instead of fixing it, they would buy another one.

Then in the 1920s, there was a series of murders.  Some victims were shot.  Others were poisoned.  A house was blown up, killing all of the inhabitants.  In some cases, individual family members were picked off, one by one.

State and local authorities were baffled by the crimes.  One attorney phoned from Oklahoma City that he had information about the murders from a man dying in a hospital, but as he rushed with the news back to Pawhuska, someone threw him off the train to his death.  Another attorney went to Washington D.C. to beg for help in solving the crimes from the federal government, which had jurisdiction over Indian land, but he was murdered in the shadow of the nation’s capital.

But when the death toll reached 29, the Osage murders attracted the attention of J. Edgar Hoover, the head of a brand new agency that would be known as the Federal Bureau of Investigation.  This would become the FBI’s first major case.  Hoover put in charge a former frontier lawman, an ex-Texas Ranger turned FBI agent named Tom White, who put together a team of undercover operatives, and headed to Oklahoma, trying to solve what turned out to be one of the most remarkable crimes in American history.

In this book, the author, David Grann, has the reader looking over the shoulder of White as he collects evidence, interviews witnesses, and interrogates suspects.  At the same time, the reader is following along with the author, an investigative journalist, who has access to material that the FBI at the time did not, as he makes his own discoveries.

Reading the book is thus like reading an especially complicated and well-written mystery novel.  But the events described in this book actually happened.

A work of fiction has to be, paradoxically, believable, even when it indulges in the wildest fantasy.  The reader has to find the story, however impossible, plausible in its own terms, forcing the author to defer to the limits of what a reader can imagine.  Reality, on the other hand, is not so restrained.  Thus, truth really can be stranger than fiction.

I will give no spoilers, but suffice it to say that the 27 murders were not the work of some serial killer, such as we have sadly become familiar with today, some sexually perverted psychotic.  The true nature of the crimes turned out to be far more terrifying than that.

Some cautions, a suggestion, and an observation:

(1)  This book packs an emotional wallop.  My wife, who is a much more sensitive, empathetic, and better person than I am, found it almost too much to handle.  “This all happened to real people!” she correctly observed.  Fictional murders performed by fictional murderers solved by a fictional detective do not have the same impact and can be read about with detached amusement, since none of it is real.  Killers of the Flower Moon discloses human sin in a way that is unsettling and haunting, though I think the experience is good for us.  Also, the book is so well-written that it leaves us with a cathartic aesthetic satisfaction.

(2)  Don’t open this book on a day when you are busy with lots of important things you have to accomplish.  If you do, you will get none of them done.  The book is that gripping and full of suspense, immersing you into a very different world that you will have a hard time getting out of.  And, at the end, when the mystery is solved, the author stumbles upon additional information that throws us for another loop!

(3)  Buy the hard copy, not the Kindle version.  The print edition is full of photographs, showing the people involved in the story so that you can imagine them as they actually were.  The Kindle version, I am told, does not have those photographs.  They add a great deal to the story.  I have been doing most of my reading for pleasure on my Kindle, but it was good to return to an actual book once again.

(4)  After reading the book, my next drive through Osage County had a new resonance.  Pawhuska was no longer just a sleepy little town to me.  I noted the buildings that played a role in the book–the theater where they bid the oil leases!  the courthouse overlooking the town!  the old mansions now decaying relics from a once-prosperous time.

The book reminded me that beneath the surface of unassuming towns, ordinary-seeming families, and individual human beings whom we pass without noticing on the street, there are often depths of history, untold stories of tragedy, heroism, suffering, and greatness. 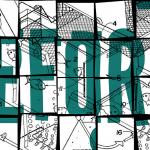 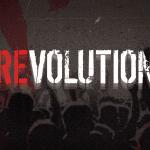