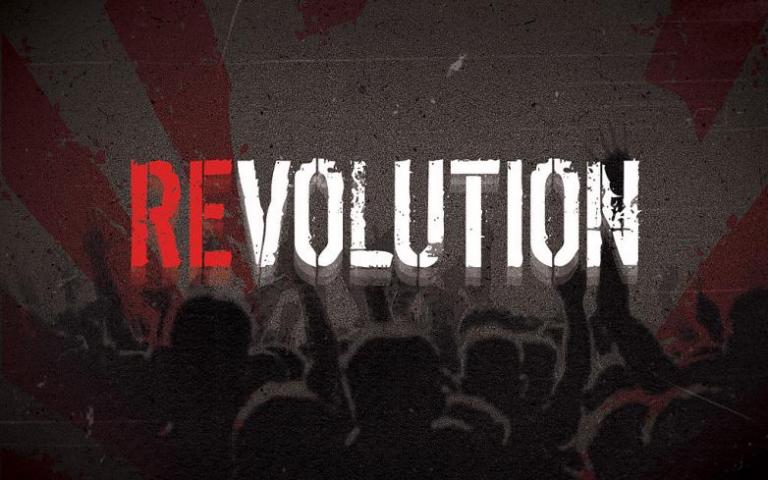 Yesterday’s post on the Reformation of America, made me realize that the distinction between revolution and reformation applies also to the history of Protestantism.  Luther’s “reformation” was about correcting the church by returning to its first principles.  But then a “revolution” broke out, in which Christians overthrew one model of the church after another in favor of ever-new theologies and practices.  To this day, the revolutionary approach prevails, with the impulse to cast out the old ways of “doing church” in favor of completely new approaches to worship, the Christian life, and church growth.

Five hundred years ago, Luther set about “reforming” a church that had become corrupt, legalistic, power-hungry, and culture bound.  He did so by re-emphasizing the essential foundations of Christianity:  The Gospel of Jesus Christ, the Incarnate Son of God, who died and rose again to save sinners.  And God’s Word, His revelation of His will, His actions, and His grace, communicated in human language.

Luther did not throw out the liturgy of the historic church.  Rather, He reformed it around God’s Word.  This meant not only removing elements that conflicted with Biblical teaching but also making the Word the centerpiece of the liturgy.  Worship consisted of Bible readings, sermons, hymns, all in the vernacular language.  Luther retained the elements and responses of the liturgy because they are nearly all direct quotations from the Word of God.

Luther reformed the sacramental system around the Gospel of Jesus Christ.  The sacraments were not longer to be thought of as meritorious actions that human beings do.  Rather, they are physical and effectual manifestations of Christ’s saving actions.

Luther’s other reforms were of a similar nature.  Lutheran churches still looked and acted much like the church of Rome, at least externally, though the meaning and the theology had undergone a “reformation.”

Soon, though, many Protestants felt that “Luther didn’t go far enough.”  They demanded a revolution.  Anything associated with Roman Catholicism was to be eliminated and replaced with something brand new.

The church of Rome worshipped with a liturgy, so we will not.  Catholics had crucifixes and made the sign of the Cross–as did Lutherans, since they testify to the Gospel of Jesus Christ–so we will not.

Catholics had a high view of the sacraments, as did Luther, so we will not.  A new non-sacramental kind of Christianity was developed.

Once revolutions break out, they tend to repudiate their initial instigators as being insufficiently pure.  Robespierre started the French Revolution’s reign of terror, but then himself was guillotined for being insufficiently radical.  The Russians who overthrew the Tsar were themselves overthrown by the Bolsheviks.  So Luther and Lutherans were dismissed for being “too Catholic,” and the floodgates were opened.

Catholics held to the historic creeds–as did Lutherans, Anglicans, and Calvinists–so we will reject those too.

Eventually, some said that the Baptists didn’t go far enough, that they were insufficiently subjective.  Besides, being a Baptist or a Wesleyan or a Pentecostalist, etc., are all denominations.  We will reject denominations.

Now, in all fairness, it’s a legitimate question to ask regarding changes to the church, “how far is far enough?” And certainly the Christian faith creates a revolution in the heart of sinners, destroying the old and creating new life.  So revolutions are not always bad.  And most of these revolutionary Christian movements were reformist in that they continued to emphasize the Word of God and the Gospel, even though they understood them differently.

But it was only a matter of time before some Protestants, following this revolutionary spirit, also discarded the Word of God and the Gospel.

In Protestant seminaries and research centers, higher critics of the Bible began rejecting its authority.  The Gospel of salvation for eternal life made possible by Christ gave way in mainline Protestant churches to the social gospel, creating a utopian heaven on earth by means of political activism.

The ultimate expression of revolutionary Protestantism was made by the liberal theologian Paul Tillich, with his “protestant principle.”  In a review of Tillich’s book The Protestant Era, Irving Kristol summarizes it this way (my bolds):

The second clause [of Tillich’s theological statement] proclaims the “Protestant principle,” which in turn consists of the “religious obligation” and the “religious reservation.” The religious obligation is to work God’s will on earth, to establish justice and love in economic and social relations (Tillich is a devout socialist), and to hasten the day of messianic redemption. The religious reservation is to protest against any absolute claim to truth made in the name of a relative, historical reality—whether that reality be a totalitarian state, a religious institution, a dogmatic creed, or a social movement—and it is thus possible to be loyal to the Protestant principle without belonging to a Protestant, or any other church. There is an inevitable trend in human communities toward idolatry—the worship of certain institutions and beliefs as having absolute and unquestionable validity, as being at long last “the final word.” What the Protestant principle asserts is that the only absolute truth is this: man can never attain absolute truth—“the final word” is always with God and it comes as a judgment upon man. The Protestant era, Tillich says, is coming to an end with a thunderclap of moral and social collapse; but whatever the religious forms that the future will throw up, they too will be subordinate to the Protestant principle.

For Tillich as for other liberal Protestants, all doctrines, all truth claims, all theologies, are “idolatrous.”   (They really do speak this way.)  And that’s what it means to be Protestant, a revolution first against Rome and eventually against the Christian faith itself.

Certainly, the various strains of evangelical and conservative Protestantism hold to a different religion than that of the liberal theologians.

But even conservative Christians today still tend to approach change in the church in terms of revolution rather than reformation.

Our worship services do not connect to contemporary Americans, we are told.  So do we ask, how can we improve them?  How can we convey  God’s presence and His holiness more effectively to people today?  That would be the Reformation approach, identifying what Christian worship is supposed to be, and then making changes accordingly.  But the more common response today is “let’s find a new way to worship!”  Throw out the hymns, the liturgies, and the ecclesiastical practices of centuries.  Let’s come up with something completely different.

Might we try identifying what the church has done in those areas in the past and why it did so and what were the underlying principles?   And then revise our practices so that they bring out those first principles more effectively?

This would preserve the church, making today’s contemporary congregations continuous with the historic church, allowing new approaches to build on the accomplishments of the past, give inspiration and guidance to today’s methodologies, and prevent the church’s foundations–Christ Jesus crucified for sinners and the Word of God–from being obscured. 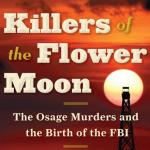 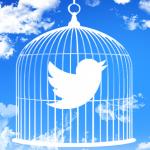 January 12, 2018 The Embarrassing Twitter Video on Censoring Conservatives
Recent Comments
0 | Leave a Comment
Browse Our Archives
get the latest from
Cranach
Sign up for our newsletter
POPULAR AT PATHEOS Evangelical
1