The Olympics & the Disenchantment of Sports

The Olympics & the Disenchantment of Sports February 8, 2018 Gene Veith

The Winter Olympics start today.  Are you all fired up about that?  No?

The entire Russian national team–usually the “bad guys” so necessary in an Olympics story arc–has been banned for doping.  And you can hardly see all of those young girls on the figure skating team without thinking of the horrible sexual abuse suffered   by members of the American gymnastics team.  All of this kind of puts a damper on Olympics enthusiasm.

Meanwhile, the NFL just ended a season with fewer fans.  Television ratings were down 10%.  Americans who say they follow professional football slipped to less than half (49%, down from 58%).  A survey found that 50% of the Americans who are watching less football cite as the main reason the players’ protests of the National Anthem.

A big scandal is brewing in college basketball, with the FBI arresting 10 coaches (so far) for taking bribes to steer young athletes to particular agents and endorsement deals.

Global soccer is still trying to recover from the bribery and corruption convictions of much of its governing organization.

It isn’t just the scandals.  Many Americans are fed up with arrogant, entitled athletes, with their wildly excessive salaries that they get for simply playing a game.  Many Americans are just weary of investing so much of their energy into games that actually don’t matter at all.

Sports used to be inspiring, unifying, fun.  They used to fill us with admiration for the athletes and their achievements.  Do they still?  Have sports lost some of their appeal?  Have you become, to one degree or another, disenchanted with sports?

Having said all of this, maybe sports can recover.

In Super Bowl LII, the New England Patriots–who always seem to win–were upset in a thrilling game by the underdog Philadelphia Eagles, whose players are particularly religious and have never taken a knee at the national anthem.

Interesting story lines are developing in the NBA.  (I am getting re-interested in sports by following the Oklahoma City Thunder, who inexplicably get beaten by mediocre teams but who beat the best teams, going 5-0 against the Warriors, Rockets, Cavaliers and Raptors.  This includes a 125-105 victory against Golden State in Oakland, the second time the superteam that stole Kevin Durant from the Thunder were blown out by his old team.)

As for the Winter Olympics, a pall was cast over the games, which will take place in PyeongChang, South Korea when North Korea’s dictator Kim Jong-Un started rattling his nuclear weapons.  Ticket sales dipped, especially when President Trump threatened military action against North Korea.  With all of the tension and possible danger, some thought the Korean Olympics were doomed.  But instead of launching missiles at his hated capitalist rivals in the south, Kim Jong-Un agreed to send athletes to be part of a unified Korean team.  Athletes of both nations will march in together in Friday night’s opening ceremony under a national unity flag.

So sports has the power to unite people after all.  Mere games can have geopolitical consequences.

I suspect the story lines in the Olympics, as well as the story lines being generated by all of these other sports–crimes, scandals, and tragedies are especially good at generating stories–will eventually draw us back in. 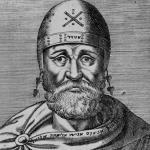 February 7, 2018
Coveting as the Root of the Other Sins
Next Post 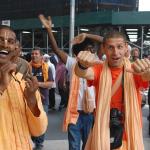