When Christians Change Churches, Where Do They Go? 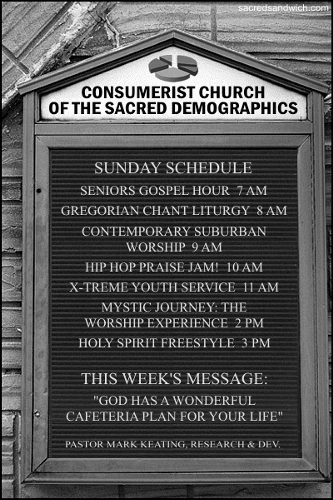 One out of six American Christians changed religious affiliation over a four year period.  Where did they go?  Other churches.  But which churches?  And what are the patterns?

A study has surveyed 9,500 individuals between 2010 and 2014, tracing their religious journeys.  Ryan P. Burge reports on the findings in Christianity Today in an article entitled Where Protestants and Catholics Go When They Leave Their Churches.

Catholics, the study found, tend to remain Catholics.  They change churches  less than half as often as Americans as a whole (8.8% compared to 18.9%).  When they do switch, they seldom become Protestants.  Instead, they leave Christianity altogether, with 6.4% becoming agnostics, atheists, or “nothing in particular.”  Of the 2,112 Catholics in the study, 39 became Protestants, 6 became Orthodox, and 3 became Buddhists.

Similarly, Protestants usually stay Protestants, with the defection rate from Protestantism about the same as Catholicism (9.1%).  And, as with Catholics, most of those (7.4%) become “nones.”

Contrary to what some have said, there is not a great migration of Protestants to Catholicism.  Of over 4,000 Protestants surveyed, just 32 became Catholics.  Seven became Buddhists.  Less than 5 became Mormons, Jews, Muslims, or Hindus.

But within Protestantism there were lots of changes.  The percent who changed from one Protestant group to another was 16%.  With the 9% who left completely, that means that 25%–one out of four–Protestants changed their religious affiliation over the course of four years.

It is evident that the major beneficiary is the burgeoning non-denominational movement:  Non-denominational churches, which are now the second-largest category of all American Protestants.  (Baptists are first with 22.9%; then non-denominations at 18.2%; then Methodists, 14.8%; then Lutherans, 11.8%; then all the others.)

Baptists get the biggest share of non-denoms, with 6.1%.  Others migrate to even less definable groups, with 5.6% checking on their survey “none of these.”

Note that Lutherans had the lowest rate of defection of the groups studied.  I’m not sure how to square the data from this study, which shows Episcopalians with the same low rate, with the numbers showing a dramatic decline in membership.  The 4,000 individuals in this study must have included Episcopalians who were particularly loyal.  But, according to the Christianity Today story, the major Protestant theological traditions had the lower rates.

I think there are some other factors that need to be considered.  The generic evangelicalism (I do not mean that as a slight) that has given us non-denominational churches, which downplay “divisive” doctrines in favor of a common evangelical experience, exists far beyond the non-denominational congregations.  You can find it in virtually every megachurch no matter its denomination.  And in today’s ecumenical climate–which exists in a conservative as well as a liberal version–with its wide acceptance of intercommunion, indiscriminate fellowship. and acceptance of all, nearly all Protestant churches, whatever their label, have become non-denominational.

Most people can move from one Protestant church to another by simply going forward at the end of the service and shaking the pastor’s hand.  So moving from church to church is easy, often having little to do with a change in faith or theological conviction.  A person can leave a congregation to escape a conflict, because of a new pastor in a neighboring congregation, to take advantage of different programs, or just because of a felt need for change.

The denominations from specific confessional traditions, on the other hand, are harder to join, which, perhaps, makes them harder to leave.  In my own Lutheran church, prospective members first must undergo an intensive catechesis, grounding them in Lutheran theology.  Those classes vary, but they generally take months and months.  I believe Calvinists also require membership classes, along with providing evidence of one’s regeneration.  Even to become an Episcopalian requires a membership class.  (I’d be glad to hear details about these and other churches that require some kind of instruction for new members.  Chime in on the comments.)

Perhaps one day, in all of this movement from church to church, more Christians will stumble upon one of these confessional church bodies that will give them more theological stability. Also, by staying with a church for more than four years, they may find a spiritual stability that they can come to appreciate.  That may be what they are looking for, as they go from church to church. 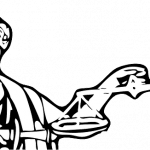 February 23, 2018
Court Rules in Favor of Another Judge Who Won't Do Gay Weddings
Next Post 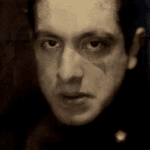