“Only Let Me Get to Jesus Christ!” 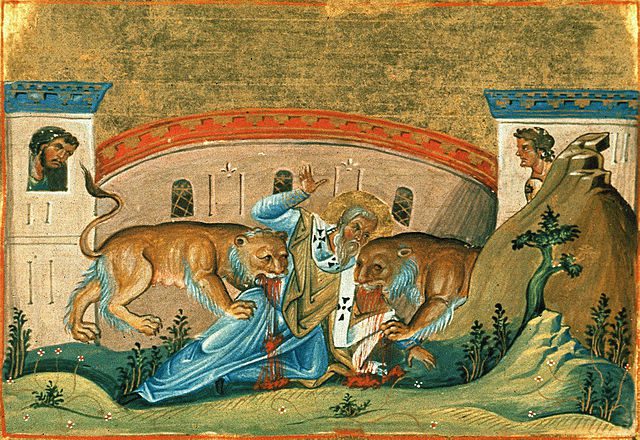 In his sermon last Sunday, here in Australia, Pastor Pfeiffer quoted some fascinating words from St. Ignatius of Antioch, which he wrote just before being thrown to the lions in Rome.

Ignatius was one of those very early second-generation Christians that we blogged about who confessed the deity of Christ (disproving the liberal contention that such beliefs were the product of a long period of doctrinal development).  The date of his birth is uncertain.  Though a tradition says that he was the child whom Jesus used as an object lesson in Luke 9:47, that would make him much too old when he died in 107 or 108 A.D.  Scholars say he was probably born in 35 A.D., five years after Christ’s crucifixion, or as late as 50 A.D.

But there is agreement that he was a disciple of the Apostle John.  Ignatius became the third bishop of the church in Antioch, after the Apostle Peter and Evodius.  According to tradition, he was installed into this office at Peter’s direction.

He was arrested under Emperor Trajan’s persecutions and was sentenced to die because of his faith.  He was sent to Rome to be devoured by wild beasts in the Colosseum.   En route, he wrote seven remarkable epistles to various churches and to his friend St. Polycarp.

These letters, written with an vivid personal voice, included warnings against the “Ebionites,” who taught that Christians must obey the Old Testament Law to be saved, and the Docetists, who denied that Jesus had come “in the flesh” but was a purely spiritual being who only “seemed” to be human (cf. 1 John 4:2-3).  Ignatius comments that because the Docetists deny that Christ had a physical body, they also deny His presence in Holy Communion.  This is an extremely early testimony to the doctrine of the Real Presence, evidence that the first Christians did not have a merely symbolic view of the Lord’s Supper.

In his Epistle to the Romans, Ignatius directly addresses his upcoming martyrdom.  Apparently, some members of the church in Rome thought that they could arrange for Ignatius’s death penalty to be commuted, that they could save him from the grisly death to which he had been sentenced.  But Ignatius begs these well-intentioned Christians to let his martyrdom unfold.

In words bearing on our other blog discussion about the fear of death, Ignatius passionately embraces his martyrdom, making light of the beasts that are going to eat him (becoming his “tomb”), saying that his death will bear greater fruit for God’s kingdom than if he stays alive, and eagerly longing to be with Christ.

From St. Ignatius of Antioch, Epistle to the Romans:

2 I do not want you to please men, but to please God, just as you are doing. For I shall never again have such a chance to get to God, nor can you, if you keep quiet, get credit for a finer deed. For if you quietly let me alone, people will see in me God’s Word. But if you are enamored of my mere body, I shall, on the contrary, be a meaningless noise. Grant me no more than to be a sacrifice for God while there is an altar at hand. Then you can form yourselves into a choir and sing praises to the Father in Jesus Christ that God gave the bishop of Syria the privilege of reaching the sun’s setting when he summoned him from its rising. It is a grand thing for my life to set on the world, and for me to be on my way to God, so that I may rise in his presence.

3 You never grudged anyone. You taught others. So I want you to substantiate the lessons that you bid them heed. Just pray that I may have strength of soul and body so that I may not only talk, but really want it. It is not that I want merely to be called a Christian, but actually to be one. Yes, if I prove to be one, then I can have the name. Then, too, I shall be a convincing Christian only when the world sees me no more. Nothing you can see has real value. Our God Jesus Christ, indeed, has revealed himself more clearly by returning to the Father. The greatness of Christianity lies in its being hated by the world, not in its being convincing to it.

4 I am corresponding with all the churches and bidding them all realize that I am voluntarily dying for God — if, that is, you do not interfere. I plead with you, do not do me an unseasonable kindness. Let me be fodder for wild beasts — that is how I can get to God. I am God’s wheat and I am being ground by the teeth of wild beasts to make a pure loaf for Christ. I would rather that you fawn on the beasts so that they may be my tomb and no scrap of my body be left. Thus, when I have fallen asleep, I shall be a burden to no one. Then I shall be a real disciple of Jesus Christ when the world sees my body no more. Pray Christ for me that by these means I may become God’s sacrifice. I do not give you orders like Peter and Paul. They were apostles: I am a convict. They were at liberty: I am still a slave. But if I suffer, I shall be emancipated by Jesus Christ; and united to him, I shall rise to freedom.

Even now as a prisoner, I am learning to forgo my own wishes.

5 All the way from Syria to Rome I am fighting with wild beasts, by land and sea, night and day, chained as I am to ten leopards (I mean to a detachment of soldiers), who only get worse the better you treat them. But by their injustices I am becoming a better disciple, “though not for that reason am I acquitted.” What a thrill I shall have from the wild beasts that are ready for me! I hope they will make short work of me. I shall coax them on to eat me up at once and not to hold off, as sometimes happens, through fear. And if they are reluctant, I shall force them to it. Forgive me — I know what is good for me. Now is the moment I am beginning to be a disciple. May nothing seen or unseen begrudge me making my way to Jesus Christ. Come fire, cross, battling with wild beasts, wrenching of bones, mangling of limbs, crushing of my whole body, cruel tortures of the devil — only let me get to Jesus Christ!

6 Not the wide bounds of earth nor the kingdoms of this world will avail me anything. “I would rather die” and get to Jesus Christ, than reign over the ends of the earth. That is whom I am looking for — the One who died for us. That is whom I want — the One who rose for us. I am going through the pangs of being born. Sympathize with me, my brothers! Do not stand in the way of my coming to life — do not wish death on me. Do not give back to the world one who wants to be God’s; do not trick him with material things. Let me get into the clear light and manhood will be mine. Let me imitate the Passion of my God. If anyone has Him in him, let him appreciate what I am longing for, and sympathize with me, realizing what I am going through.

Read the rest of his Epistle to the Romans, as well as his other epistles.  They will give you a vivid picture, from the inside, of the first Christians and their faith.

Illustration:  Icon of the Martyrdom of St. Ignatius of Antioch by anonymous (http://days.pravoslavie.ru/Images/ii897&3009.htm) [Public domain], via Wikimedia Commons 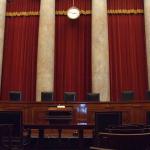 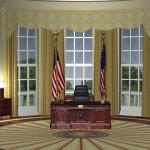