China’s Weapons in the Trade War 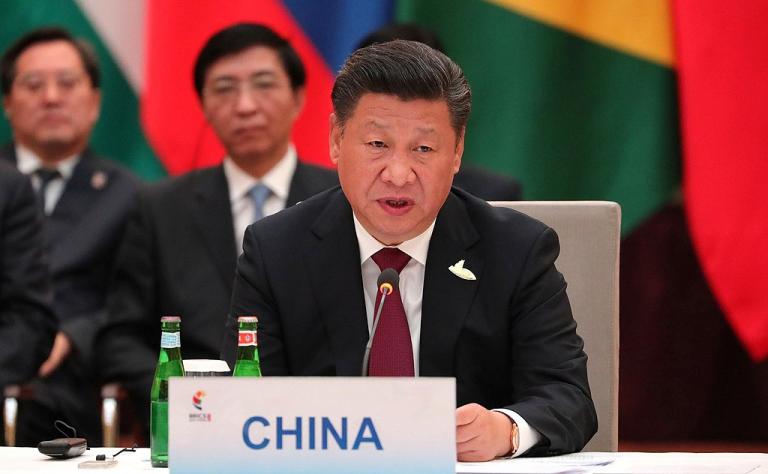 This is in line with President Trump’s practice of tit-for-tat, escalating retaliation, of hitting back harder whenever someone crosses him.  But so far this has been limited to personal vendettas and insults on Twitter.  But now the president is employing the tactic via the American economy.

The president has said that “trade wars are good and easy to win.”  Yes, there will be “pain,” he said in response to the latest escalation, but that will be good for us.  Maybe.

But trade war may be easy for China to win, due to three weapons that still-Communist country has in its arsenal.

China is the largest holder of American debt, after our own Federal Reserve, holding $1.7 trillion in U.S. Treasury bonds.  A couple of months ago, a false rumor that China was going to slow or halt its purchases of U.S. Treasuries   sent the stock market into a nosedive.

But if China should decide to unload its Treasuries and stop buying them, the U.S. would be in trouble.  That is being described as China’s “nuclear option.”  And the timing is not good.  Thanks to the budget and spending plan recently passed, the United States will government will be running up an even bigger debt and will need China to buy even more Treasury notes.

China Has a Monopoly on Rare Earth Metals

One bright spot in American manufacturing is electronics.  To build heavy-duty batteries, smart phones, hard drives, lasers, wind turbines, radar, smart bombs, and other sophisticated military equipment, you need rare earth metals  (dysprosium, neodymium, gadolinium, and ytterbium).  The United States actually has quite of bit of those raw materials, but their processing into usable form is difficult and hard on the environment.

China, which doesn’t have to worry about environmentalists, has cornered the market on rare earth metal production.  We, along with the rest of the world, are totally dependent on China for our supply.

According to the report linked above, China has already played the Rare Earth card in a trade dispute with Japan, so it isn’t afraid to use this particular weapon.

China Doesn’t Have to Worry About Voters

But the biggest advantage China has in a trade war is that, being a Communist dictatorship, it doesn’t have to worry about the economic impact on its citizens.  America, on the other hand, does.

If a trade war produces “pain,” as the president says it will, Chinese consumers who have to deal with shortages and higher prices will not vote the Communist regime out of office, since there is no voting in China.  Any consumer protest would only risk its participants’ social credit scores.

The American public, though, does not suffer “pain” stoically.  Higher prices will trigger inflation, and a reduced market for American goods will make lots of people lose their jobs.

Tariffs on Chinese goods will show the public just how much we depend on that country for good that we take for granted, from clothing to television sets to everything made with steel (automobiles, buildings, bridges).  The cost of tariffs is always passed  along to consumers, unless the price becomes prohibitive, in which case the product is no longer available.  This will mean “pain” for Walmart shoppers, new car buyers, small business renters, infrastructure investors, and just about everybody.

Tariffs on American goods will cause “pain” especially to farmers, who have become dependent on China’s vast market for food products.  Currently, lots of other countries have agricultural surpluses that can easily fill the gap, should China decide to go elsewhere to buy food.  Also factory workers in the manufacturing sectors that China hasn’t already supplanted–heavy equipment, sophisticated electronics, consumer goods–will suffer “pain” if China switches to other suppliers.

Americans put through this “pain” are also voters.  The farm states play an important role in electing Republicans, but will they re-elect the Republicans who violated traditional Republican free-trade principles and whose policies are putting farmers out of business?  And what about the factory workers who rallied to Trump’s promise to make American great again?  A trade war could cause working class voters to go back to the Democrats.

Yes, Democrats tend to also favor protectionist policies, so angry consumers and workers would have little choice.  But chances are, their wrath will be directed against incumbent Republicans.

Notice how the American government’s economic policies over many administrations–deficit spending, allowing corporate monopolies, inattention to national security implications–have worked to give China power over us.

April 6, 2018
A Close Reading of Leonardo's "The Last Supper"
Next Post 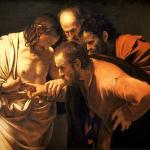 April 9, 2018 Not the Empty Tomb, but the Risen Christ
Recent Comments
0 | Leave a Comment
Browse Our Archives
Related posts from Cranach