The Other School Walkout You Never Heard of

The Other School Walkout You Never Heard of April 19, 2018 Gene Veith 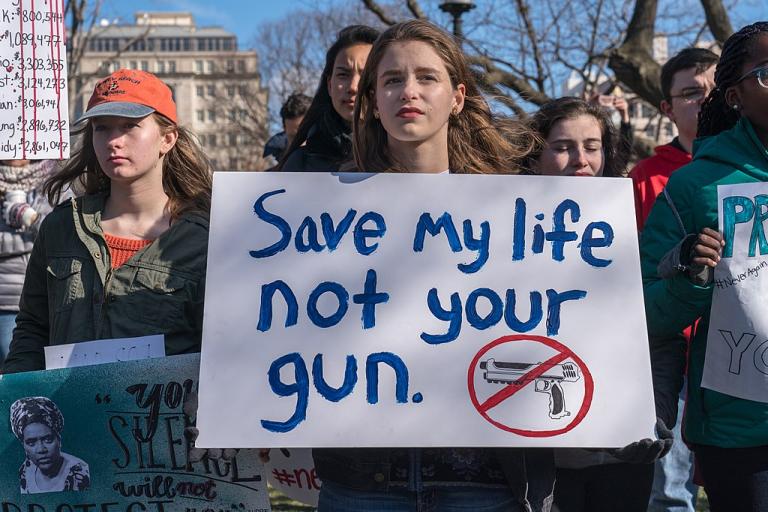 You no doubt heard about the nation-wide school walkouts on March 14 and April 20 to protest gun violence and to demand gun control.  Those got lots of press and had the co-operation of school faculties and administrators, who let out classes and encouraged students to support the cause.  There was another school walkout on April 11 , which also protested violence against children on an even larger scale, but the major media ignored that one and the schools did not make it easy for participants.  That was a walkout protesting abortion.

My friend, Rev. Todd Peperkorn, a Lutheran pastor in California, wrote about this one in The Federalist.  From Why The Pro-Life School Walkout Left Me With More Questions Than Answers:

Yesterday morning, roughly 30 students walk out of their classes at our local high school for 17 minutes, just like it happened a month ago against gun violence. This time, it was to object to the violence done to unborn children through abortion. But unlike the previous event, this one did not have any big media presence.

There was no TV station filming. You did not have hundreds, or even dozens of people supporting the students who chose to walk out. There were perhaps 30 supportive adults just off campus property. Some had American flags. Others had what I would call typical pro-life signs. Other simply stood by and watched. Unless I am very much mistaken, I was the only pastor there. There was perhaps one other parent.

We were not allowed on campus, because this was during the school day. We watched from the fringes. Occasionally we saw a student walking out, and gave some cheers or chants about free speech, or life, or against abortion. All this was from the adults, mind you. Mostly it was quiet, with an occasional Our Father or Hail Mary tossed in for seasoning.

I was there because two of our daughters attend the school. Whether they chose to walk out of class was their decision, and their mother and I told them we would support them. I did, however, want to see what would happen.

Read this for more background on the pro-life walkout and how it was opposed by school administrations.

How do you account for the double standard?  Some protests are praised; others aren’t allowed.  Killing children with guns is bad; killing children by abortion is good.  The former must be condemned; the latter dare not be condemned (as opposed to condemning them both). 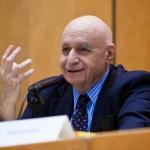 April 18, 2018
Peter Berger on the New Class Struggle in American Religion
Next Post 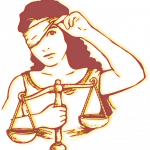 April 19, 2018 Two Years in Prison for "Acting on His Religion"
Recent Comments
0 | Leave a Comment
"To borrow from a certain Chief Justice of the Supreme Court: "Free speech does not ..."
Kyllein MacKellerann " Revising the Bill of Rights
"SKP,When labor is underpaid or when one using trafficked or slave labor, how much success ..."
Curt Day Cultural Suicide
"Assimilating different ethnicities is what we do.Over the last decade assimilation has slowed in the ..."
SAL Cultural Suicide
"We shouldn't idolize our children. However we do owe them a duty. It's also seen ..."
SAL Cultural Suicide
Browse Our Archives
get the latest from
Cranach
Sign up for our newsletter
POPULAR AT PATHEOS Evangelical
1