A Bill to Amend the Religious Freedom Restoration Act

A Bill to Amend the Religious Freedom Restoration Act May 23, 2018 Gene Veith

Leading Democrats in the Senate have introduced a bill that would amend the Religious Freedom Restoration Act (RFRA), so that it could not be used to protect Christians who refuse to approve of gay marriage and other LGBT causes.

The RFRA was passed in 1993 as a bipartisan measure with overwhelming support, introduced by liberal Democrats Chuck Shumer and Ted Kennedy, and was signed into law by President Bill Clinton.  The act mandated that “Government shall not substantially burden a person’s exercise of religion even if the burden results from a rule of general applicability.”  An exception is only allowed if two conditions are met:  (1) In the “furtherance of a compelling government interest.”  This is defined as an interest that is not just routine and is not just about improving government efficiency.  Rather, it must directly relate to core constitutional issues.  (2)  Even then, the interest must be applied in “the least restrictive way.”

At the time, the law was mostly used to protect minority religions, upholding the right of Sikhs to wear turbans and Native Americans to use peyote.  But today conservative Christians are invoking the law to protect themselves from being forced to be complicit in abortion,  contraception, and same-sex marriage.

Courts are currently considering how to balance religious liberty with anti-discrimination laws.  They may well rule that non-discrimination is a “compelling government interest,” though the “least restrictive” clause might provide an out for wedding cake bakers and photographers who cannot, in good conscience, participate in a same-sex marriage celebration.

But liberal Democrats today are not waiting for the issues to be resolved in a nuanced court ruling.

Prominent Senate Democrats introduced a bill Tuesday that would amend the 25-year-old Religious Freedom Restoration Act to prevent the law from being used to justify discrimination against people, including gay, lesbian and transgender citizens. . . .

The Democrats’ bill would amend RFRA to say that it does not protect the religious liberty of one person when the civil rights of another would be impinged. “While our country was founded on the value of religious liberty, that freedom cannot come at the expense of others’ civil rights,” Sen. Mazie Hirono (D-Hawaii) said in a statement.

Now, of course, this bill doesn’t have a chance in the current Republican-dominated Congress.  But, as the article says, its primary purpose is to define the Democrats’ position on the matter and to motivate their base.

But if the Democrats do sweep to power, as is possible, this measure shows that they will brook no compromise.  Notice how many possible Democratic presidential candidates are in the list of sponsors.

The Democrats believe that the LGBT cause is so popular and the dissenters are so unpopular that this will be a winning issue for them.  They might want to beware lest if they run too hard to the left, as they are apparently planning to do, that they may scare away ordinary voters.  But maybe the public will rally to their side.

At any rate, it appears that the Democrats plan to run not only against President Trump, but against conservative Christians. 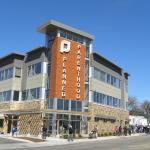 May 23, 2018
What Trump's Blow to Planned Parenthood Means and What It Doesn't
Next Post 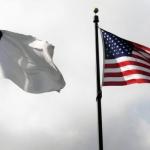 May 24, 2018 Evangelicals' Realpolitik
Recent Comments
0 | Leave a Comment
Browse Our Archives
get the latest updates from
Cranach
and the Patheos
Evangelical
Channel
POPULAR AT PATHEOS Evangelical
1