One of the bêtes noires of the hard, hard left is “heteronormativity,” the view that heterosexual relations, marriage, and child-bearing are “normal,” which means that other lifestyles are not.  Now some radicals are criticizing homonormativity, in which gays emulate heterosexual “normalcy” by getting married and having children.  By this thinking, legalizing gay marriage is also a way of oppressing gays by making them conform to what heterosexuals do.

From “Homonormativity” in the Wikipedia article for “Heteronormativity“:

Catherine Connell states that homonormativity “emphasizes commonality with the norms of heterosexual culture, including marriage, monogamy, procreation, and productivity”.[46][47]. . . . hHomonormativity has also grown to include transnormativity, or “the pressure put on trans people to conform to traditional, oppositional sexist understandings of gender”.[53] In addition, homonormativity can be used today to cover or erase the radical politics of the queer community during the Gay Liberation Movement,[46][54] by not only replacing these politics with more conservative goals like marriage equality and adoption rights, but also commercializing and mainstreaming queer subcultures.[53][55]

According to Penny Griffin, Politics and International Relations lecturer at the University of New South Wales, homonormativity upholds neoliberalism rather than critiquing monogamy, procreation, and binary gender roles as inherently heterosexist and racist.[56] In this sense, homonormativity is deeply intertwined with the expansion and maintenance of the internationally structured and structuring capitalistic worldwide system.[57] Duggan asserts that homonormativity fragments LGBT communities into hierarchies of worthiness, and that LGBT people that come the closest to mimicking heteronormative standards of gender identity are deemed most worthy of receiving rights. She also states that LGBT individuals at the bottom of this hierarchy (e.g. bisexual people, trans people, non-binary people, people of non-Western genders, intersex people, queers of color, queer sex workers) are seen as an impediment to this class of homonormative individuals receiving their rights.[48][46][58]

I think that homosexuals have pushed for legalizing same-sex marriage not just to get the right to get married, but to get the social approval that goes with marriage.  That is, to gain acceptance and to attain complete equality with heterosexuals.  This they have attained.

But do you think marriage and gay adoptions will bring gays into the conservative social structures of the family, as the radicals fear?  Or will same-sex couples make the institution of the family less conservative, as social conservatives fear?

At any rate, notice the language:  To speak of becoming “normal” is to appeal to cultural “norms.” That is, what a culture finds acceptable.  Some gays crave acceptance and want to be considered to be in alignment with the “norms.”  Others, both gay and non-gay radicals, want to blow up the whole concept of “norms.”  In line with postmarxist dogma, such concepts are “capitalist.”

The assumption is that such things are not moral issues but cultural conventions.  Even Green Party members who profess allegiance to saving nature, draw back from saying that heterosexual relations and procreation are “natural.” 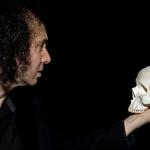 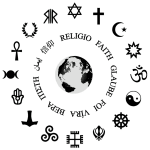