Nearly Half of Americans Believe Pornography Is “Morally Acceptable”

The annual Values and Belief Survey from Gallup has found that nearly close to half Americans–with more than that in specific demographics–believe that pornography is “morally acceptable.”  And for some reason the numbers have jumped significantly higher over last year.

Altogether 43% of Americans find pornography to be “morally acceptable.”  That’s a 7% jump over the data for the 2017.

Women have greater moral qualms, but the numbers are still high.  In the 2018 study, about a third of women (32%) are fine with pornography (up from 27% last year).

The study breaks down the results for a number of demographics.  (Go here for the full report.)

Thus we learn that Democrats are strongly pro-porn, with 53% in favor (up from 42% last year and up 21% since 2011, when Gallup first started asking the question).  Among Republicans, on the other hand, a mere 27% find it acceptable, only 2% higher than last year, though that’s much higher than the 11% recorded in 2011.

Now I can see how there would be lots of pornography users and how they might find their habit “acceptable.”  It gives them sexual release, nobody is hurt, I have the right to do what I want with my own body, etc., etc.  But I don’t see how anyone could find it “morally acceptable.”  Who does it help?  What is morally good about it?  What Biblical commandments or moral tenets does it fulfill?

I think what we are seeing here is the overwhelming self-righteousness of the American people.  I am a good person, so the reasoning goes; therefore, what I do must be morally good.

We also see that morality proceeds from the self rather than any transcendent, objective principles.  Specifically, it proceeds from the will, not the intellect or the conscience.  I want to do this, therefore there can’t be anything wrong with it.  This is another application of the “pro-choice” mindset that we see in the abortion issue.  Whatever I choose is right for me.  If anyone interferes with what I choose to do, that is evil, but my choice is what bestows moral significance.

Here is my theory:  People, mostly men, have been using pornography for years.  At first, they felt guilty for doing so.  But they kept doing it.  In time, they get used to it.  The guilt dies down.  Their conscience becomes desensitized.  Once their conscience no longer bothers them, they start to think there must not be anything wrong with it.

This is a problem that goes beyond pornography.  When we keep sinning, there comes a point when we cannot really repent of it.  We don’t think what we did is really wrong.  And if we can’t repent, we can’t receive forgiveness.

But God’s moral standards are objective and absolute, and we will be judged by them.  The only cure for a seared conscience is a strong, undiluted, 100 proof, dose of God’s Law.  If that can burn through the seared conscience and break through the hardness of the heart, so can the Gospel. 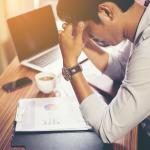 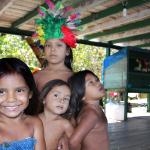 June 8, 2018 "Muwaji's Law" against Child-Killing in Brazil
Recent Comments
0 | Leave a Comment
Browse Our Archives
get the latest updates from
Cranach
and the Patheos
Evangelical
Channel
POPULAR AT PATHEOS Evangelical
1