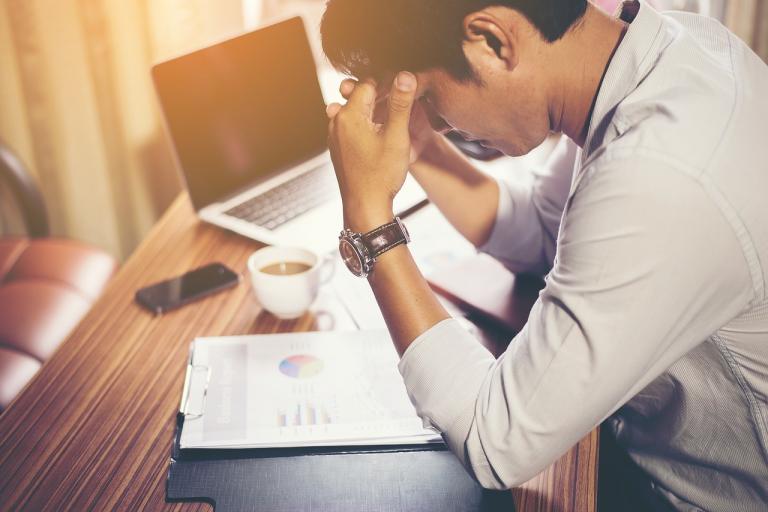 For many people, work is their religion.  Their work gives meaning to their lives, establishes their identity, guides their everyday actions, and is the locus for their hope.

“What does it mean to have a god?” asks Luther.  “A god means that from which we are to expect all good and to which we are to take refuge in all distress.” Many people expect all good from their job, which is also their refuge in all distress.  That “upon which you set your heart and put your trust is properly your god.”  By that definition, work is a god.  An idolatrous god (Large Catechism, First Commandment).

University of Iowa professor Benjamin Hunnicutt has written an article about how work has been turned into a religion.  He traces this, in part, to the Reformation.  The doctrine of vocation gave work spiritual meaning, and that religious significance continued even after traditional faith faded.

Now you cannot have the doctrine of vocation if you leave God out of the picture.  “Vocation” means “calling,” and there can be no calling apart from the God who addresses us with His Word.  Nor can there be vocation apart from the Gospel.  Just as we cannot be saved by our works, we cannot be saved by our work.  Our salvation by Christ enables us to approach our work and our other callings with a different spirit than before.  No longer do we serve just ourselves, as in today’s understanding of work and economics.  The Gospel makes our vocations occasions to love and serve our neighbors.

Prof. Hunnicutt is saying that our religion of work is now failing us.  Of course it is, if we pursue our work in an idolatrous, self-centered, Godless way.

But read his article.  Prof. Hunnicutt wants technology to enable us to work less.  As a professor of “Leisure Studies” (!), Prof. Hunnicutt thinks we work too much.  He is critical of capitalism and looks forward to an era of leisure, in which we can have more time for family, friends, aesthetic pursuits, etc.

From Benjamin Hunnicutt, Work Is Our Religion And It’s Failing Us:

Work. The modern fetish. No previous age has been so enthralled, or longed for more, rather than less, work to do. No other people have imagined nothing better for their posterity than the eternal creation of more work.

Work sits squarely at the center: the enduring economic imperative, political mandate, source of morality and social identity. Some have claimed that work has become the modern religion, answering what theologian Paul Tillich called the “existential questions” we all have as humans. Robert Hutchins, legendary president of the University of Chicago, called the faith “salvation by work.”

This can be traced back to the Protestant Reformation in the 16th century. As Max Weber observed, the Reformation sanctified work as a spiritual end in itself. Gradually this Protestant “hard work” ethic evolved into the spirit of capitalism, losing its traditional religious supports to become a purely secular faith. As traditional faiths lose followers, the religion of work swells to fill the void. . . .

Assurances that new work will automatically be created as economies grow are less and less convincing with the approach of a new wave of computers, robots, drones and self-driving vehicles, all threatening what The Atlantic called “a world without work.” Few doubt that the vast majority of current jobs that involve doing the same things over and over will soon be replaced by computer algorithms.

More important, work is failing as a faith. Millennials depend less and less on their jobs as the place to realize their dreams, having found the overblown promises of work empty. According to a 2014 Harris poll, nearly 70 percent of U.S. employees are not “involved in, enthusiastic about or committed to their work.”

It’s not just millennials. Many others feel “betrayed by work,” having made it the centerpiece of their lives and a key source of happiness only to realize how dispensable they are when things go wrong, for example if they are passed over for promotion, sidelined or laid off.

I suppose I have already entered Prof. Hunnicutt’s era of leisure, not as a utopian age, but because I am retired.  I do have more time for family, friends, aesthetic pursuits, etc., but I am still plenty busy.  And I still have work to do, even though I am no longer getting a salary for doing it. 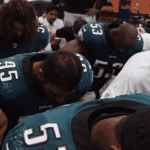 June 6, 2018
But the Disinvited Eagles Always Stood for the National Anthem!
Next Post

June 7, 2018 Nearly Half of Americans Believe Pornography Is "Morally Acceptable"
Recent Comments
0 | Leave a Comment
"The pregnant woman is not using the fetus.I'm sorry, but if she is intending to ..."
tODD When Evangelicals Were Considered Too Progressive
"Sorry, but I'm ignoring your highly structured (and highly unlikely) hypothetical, because you appear to ..."
tODD When Evangelicals Were Considered Too Progressive
"Causing people to starve sounds right up Satan's alley."
Rev_Aggie_98 What Americans Believe about Suffering
"Upvoted for the JB reference; I didn't think anyone read MacLeish any more.You wanted justice, ..."
Amaryllis What Americans Believe about Suffering
Browse Our Archives
get the latest updates from
Cranach
and the Patheos
Evangelical
Channel
POPULAR AT PATHEOS Evangelical
1 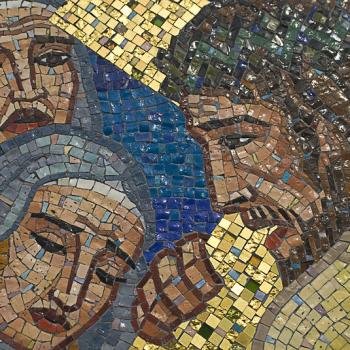 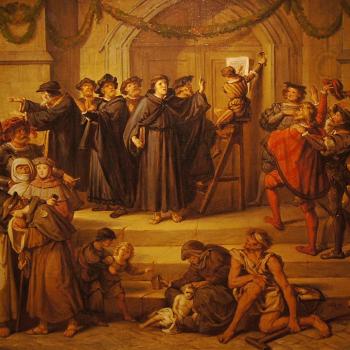