The Chapel of Contemporary Spirituality 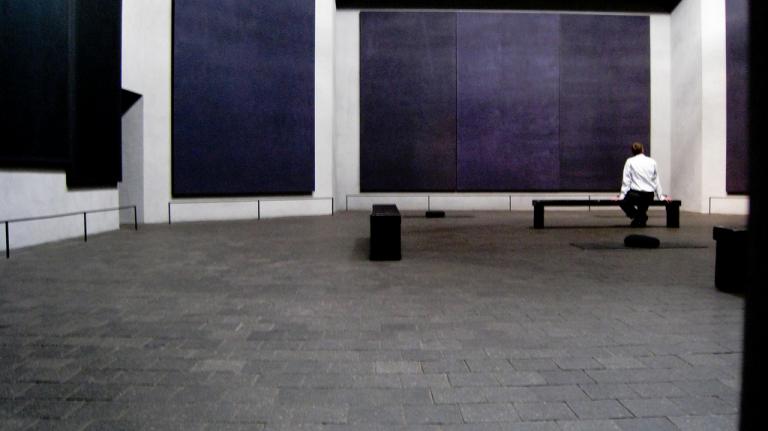 When I was in Houston last week, my brother and I also visited the Rothko Chapel. We found it very emblematic of contemporary spirituality.

Mark Rothko (1903-1970) was an abstract artist who was commissioned by Houston art collectors John and Dominique de Menil to create a “meditative space” employing his paintings.  The Rothko Chapel was completed in 1971, a year after the artist committed suicide.

Described by its website as “a sacred space” open to all, for all faiths and all religions, the chapel is made of rather nondescript masonry and concrete.  Inside are eight walls surrounding benches.  On each wall are black panels, the artwork painted by Rothko.

You meditate by contemplating the black paintings.  There is no color.  Nothing organic or alive.  No windows to the outside.  No symbols or representations or anything that references anything in the world.  No meaning.  Nothing aesthetic.

Of course there wouldn’t be.  Rothko was an abstract artist.  But his chapel is a monument to religious abstraction.  This is “spirituality”:  disembodied, oblivious to anything physical or human.  Staring in the grey, empty space at the black panels is like shutting your eyes.

I do get it.  This expresses the Zen quality of Nirvana as “nothingness.”  In meditation, you empty your mind of all transitory content, all sense impressions, all distinctions.  This calms the spirit and enables you to contemplate the Void, perhaps to attain enlightenment so as to transcend the illusions of life and to cease existing.  This is Gnosticism, the spirituality that rejects the material world, including its Creator.  This is the spirituality without religion that believes the objective world is void of meaning, so that we must look for meaning only within ourselves.

The chapel includes in side hallways the great “sacred texts” of the world’s religion:  a Bible, a Quran, the Baghavad Gita of Hinduism, the Mahayana Sutras of Buddhism, a collection of Native American myths, a Book of Mormon.  The idea is that this chapel is for all religions, all of which are fundamentally, “spiritually” the same.  But what it really expresses is how different the religions are!

A Christian chapel is full of “things.”  Crosses.  Depending on the church tradition icons and crucifixes.  But even churches that draw back from those will have flowers.  Stained glass windows, letting in gloriously covered light.  Or at least regular windows letting in regular light.  There are musical instruments and song books.  A pulpit where an actual human being will preach.  The Rothko chapel, signs and brochures admonish us, is to be a place of “silence,” but Christian chapels are places of singing, reading, preaching, speaking, and praying.  (Not silently meditating, but praying, with language, one person addressing Another Person.)

Today even Christians and their churches can succumb to abstraction.  God becomes just the solution to a philosophical problem, an intellectual abstraction, rather than the living, active, Holy One of Israel.  Our doctrines too can be reduced to abstractions, a set of correct answers to check off, rather than the key to reality.  Christians, unlike many religions, believe in the Creation.  They believe that God became flesh in Jesus Christ.  Who died on a Cross and rose from the dead.  God communicates Himself by means of the water of Baptism, the bread and wine of Holy Communion, the paper and ink of a book, sound waves in the air.  And Christians live out their faith in the world, in their vocations of family and the workplace and the state, and in those vocations in which we love and serve our neighbors God Himself is working as He governs not just His spiritual kingdom but also His temporal kingdom.

The Rothko Chapel, though, is a fine expression of what contemporary spirituality so often amounts to.  But it should remind us of the radical difference of Christianity.  And it encourages us to bring the fullness and the light of Christianity to those whose spirituality is empty and full of darkness. 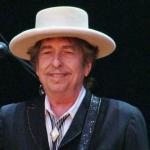 October 29, 2018 Political Violence
Recent Comments
0 | Leave a Comment
"Some slightly disconnected responses.1. What's blue about Sunday trading laws?2. Iirc, the first Parliamentary vote ..."
Mo Fin DISCUSSION: Blue Laws Reconsidered?
"Good then you can go in peace and leave your moralizing for some other progressive ..."
SAL The Heresy of Ethno-Phyletism
"You've not understood what I've said at all. "Not necessary to close every Korean or ..."
1another The Heresy of Ethno-Phyletism
"I saw the story about the vet. Appalling."
reg Losing Your Religion & Suicide
Browse Our Archives
Related posts from Cranach