The Hermeneutic of Harm

Some churches teach that gay marriage, abortion, and other violations of traditional morality are not wrong at all.  One might wonder, how can they do that?  Certainly, non-Christians and churches that are so liberal that they don’t believe in the authority of the Bible at all don’t have a problem with making up their own morality.  Most churches, though, want to keep at least some connection to the Bible and to historical Christianity.  So how do they rationalize their departures from historic Christianity?  There are actually several ways.

Some liberal Lutherans practice “gospel reductionism,” according to which Christians are bound only to the parts of the Bible that teach the gospel.  But we don’t have to follow the “law” parts.  Episcopalians say that the Holy Spirit speaks both through the Bible and through tradition.  I have heard liberal Episcopalians defend gay marriage in the name of “tradition,” which they construe to mean what the Church itself is in control of.  This, of course, is the opposite of what tradition means–namely, that churches must continue to follow and not change the teachings of the past.  But the liberal theologians are using “tradition” as a license to revise Christian teachings, while claiming, as I have heard them say, that “the Holy Spirit is doing a new thing!”  (Notice how this episcopal theology, with its rule by bishops, is a progressive version of the Roman Catholic claim that the Holy Spirit speaks through the church’s human leadership.)

Now I’ve heard of a new way to twist Scripture according to your personal preferences.  John Ehrett discusses what he calls the “hermeneutic of harm.”  This is an approach to interpreting the Bible favored by some progressive evangelicals–or “exvangelicals” as they call themselves–who want to keep an allegiance to the Scriptures.  Although now that he mentions it, I have noticed this approach also in mainline circles.

They reason that since the Bible is good and true and authoritative, it could never teach anything that is harmful.  Since homosexuality is so self-evidently good, the Bible would never teach otherwise.  Interpretations of the Bible that would use it to oppose gay marriage and the like must be incorrect.  Conversely, we should interpret the Bible so that it will support the desired outcome.

From John Ehrett, Against the “Hermeneutic of Harm”:

. . .There’s a lot I disagree with in the “exvangelical” (or, perhaps more accurately, “progressive evangelical”) space. Perhaps my greatest difficulty with this “movement” is neatly epitomized by a particular theological-rhetorical development I’ve recently noticed: something I’ll call the “hermeneutic of harm.”

John goes on to analyze what is wrong with this approach.

What strikes me is that the hermeneutic of harm argues BACKWARDS, not from Scripture but to Scripture.  Normally, a Christian would figure out what the Bible says about a topic, and then let that teaching determine the Christian’s position on that topic.  The hermeneutic of harm begins with the position, then goes back to the Bible to construct a tortuous reading that supports that position.

This would seem to be the opposite of accepting the Bible’s authority.  It imposes one’s own authority, along with the authority of current cultural trends, onto the Bible. 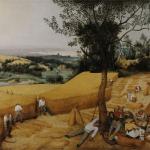 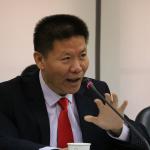 Life Grounded: Why Abortion Supporters Dislike PMCs
PMCs and PRCs offer options, when all that pro-abortion ideology wants is...
view all Evangelical blogs
What Are Your Thoughts?leave a comment
Copyright 2008-2021, Patheos. All rights reserved.