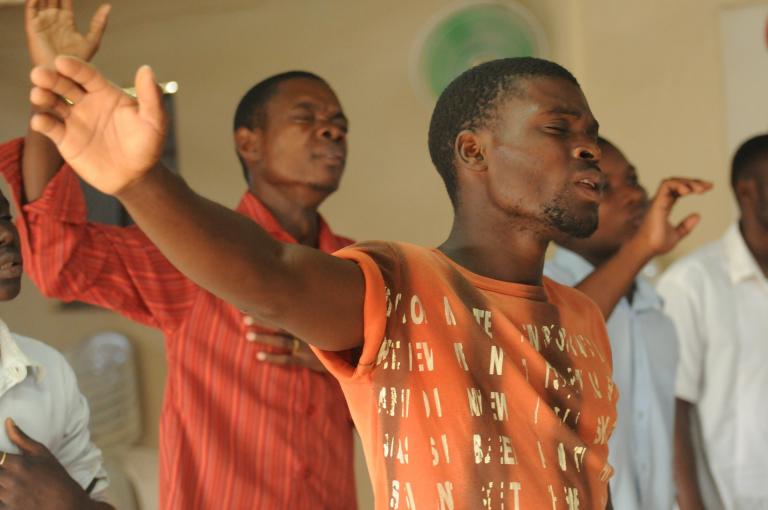 The Church is growing so rapidly in Africa, Asia, and Latin America that by 2050 the world will have 3 billion Christians, only one-fifth of whom will be non-Hispanic Whites.  So says Peter Leithart in a long, fascinating article on Christianity in Africa.

Yes, there are problems, as he documents:  syncretism with animism, violence, poverty, persecution from Muslims.  But he says that African theology is maturing and that it has much to teach the West.  For one thing, African Christianity never had to go through the challenges of Enlightenment-style rationalism.  Thus, liberal theology has no traction in the African church.  As Western church bodies with African branches–Anglicans, Lutherans, Methodists–are learning, to the frustration of mainline Protestants who want to revise Christian morality and downplay Christian supernaturalism.  (Especially since Western liberals are the same ones who also promote “multiculturalism” in their churches.)

Dr. Leithart shows how the African church appropriates Christianity in their own cultural terms.  But he points out that Africans are closer to the Biblical world than we post-Enlightenment Westerners are.

I was especially struck about what he says about the role of the Bible for African Christians.  He says that the most powerful impact of the Bible comes when a tribal group can read a translation of God’s Word in their own language.  (This is a striking testimony to the work of organizations like Lutheran Bible Translators and Wycliffe Bible Translators.)

From What Africa Can Teach the North:

“When the translation is first published, especially that of the New Testament and more so of the whole Bible, the church in that particular language area experiences its own Pentecost. The church is born afresh, it receives the Pentecostal tongues of fire. As in Acts 2, the local Christians now for the first time “hear each of us in his own language. . . we hear them telling in our own tongues the mighty works of God” (Acts 2:6-11). The Spirit of God unlocks ears and people to the Word of God, speaking to them in its most persuasive form. Local Christians cannot remain the same after that.”

David Barrett concludes that the single most important factor dividing the African Independent Churches (AIC) from missionary-founded churches is a vernacular translation. As soon as the Bible becomes available in a native tongue, readers check the teaching and practice of the missionary churches against the Scriptural standard. Many find missionary churches wanting, and set out to found churches that match the Bible more closely. . . .

Africans read the Bible in a way that is free of the rationalisms of modern method. They are not content to read the Bible as a source of doctrine, or an account of ancient history, or even as a practical manual that tells them what to do. For African believers, the Bible is a book to inhabit, a narrative to participate in. They recognize that they are part of the story the Bible tells.

Given their cultural context, Africans gravitate toward books that are decidedly secondary in Northern Christianity. African pastors preach nearly as much from the Old Testament as from the New, reversing centuries of parochial Enlightened embarrassment about the primitiveness of the Old Testament. Northern readers glaze over when the Chronicler gives us chapter after chapter of genealogies, but nothing makes more sense to Africans than genealogies of great leaders. Africans reach for John or Romans to introduce the Christian faith, but they are exuberantly fond of Hebrews and James. Their world is a world of priests, sacrifice, purity and impurity, and Hebrews’s declaration that Jesus marks the end of sacrifice is stirring news. James is popular because it imitates the style of the wisdom literature of the Old Testament, which strongly resembles traditional African proverbial wisdom. Jewish, “legalistic” Matthew is the most beloved of the gospels, and Proverbs and Ecclesiastes are popular books in African Christianity.

Africans are not the least embarrassed by the world picture of the Bible – a world of angels and demons, of miracles and exorcisms, of virgin births and life after death, of heaven and hell. It’s their world. Africans know what idols are because they’ve seen them. They see and hear things in the text that are lost to jaded post-Christian readers in the North.

For many Northern churches, Africa can teach the North the sheer value of Scripture. As one African Anglican bishop complained to his ECUSA counterpart, “If you don’t believe the scripture, why did you bring it us in the first place?” 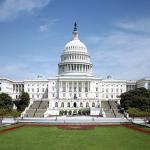 November 7, 2018
A Divided Government for a Divided Nation
Next Post 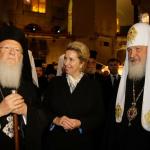